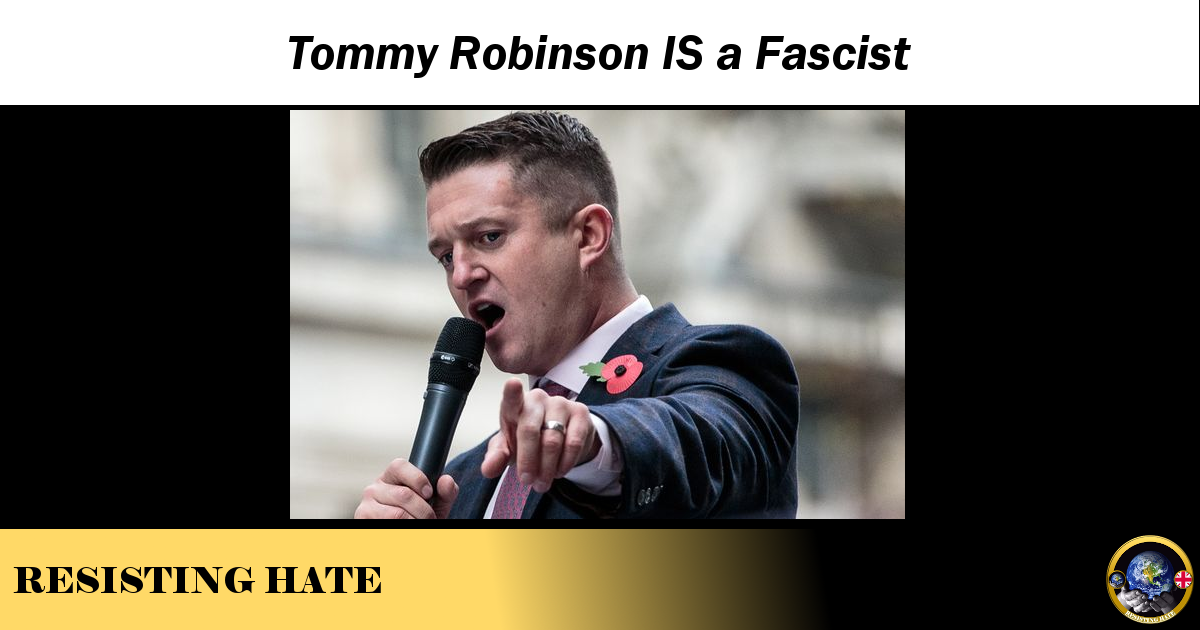 Robinson recently filmed himself arguing with an individual who called him a Fascist. The well known far right hater thrust a microphone at the man and demanded he justify himself. (Video at bottom of post). The accuser was put on the spot and wasn’t given the opportunity to offer Robinson a full explanation so at Resisting Hate we thought we’d educate Tommy and explain to him exactly why people call him a fascist and a Nazi.

You are unwilling to differentiate between a small minority terrorist group (ISIS) and the 1.7 billion Muslims worldwide who lead civil and peaceful lives.

You have intentionally set out to discredit and dehumanise a community group in Britain on whom you blame all the problems in our society.

You support segregation and division.

You use nationalist rhetoric to draw the weak minded and vulnerable into your circle of influence.

Your racism (see our website for your ‘p’ word jokes clearly illustrates you believe in a racial hierarchy.

You seek to use politics as a means through which to gain power.

You have set yourself up as a populist figurehead. You go to rallys where you publicly claim Muslims are a threat to those they live among. You use lies and hate speech to fool your followers into giving you cash.

You have openly called for civil war. (What you really want is an uprising against Muslims in the UK).

You even use the same imagery as Nazi Germany. Your poster campaign with the duct tape over your mouth was a direct lift from a Nazi propaganda poster.

So precisely why don’t you think you are a Nazi Stephen? You don’t have a black moustache? 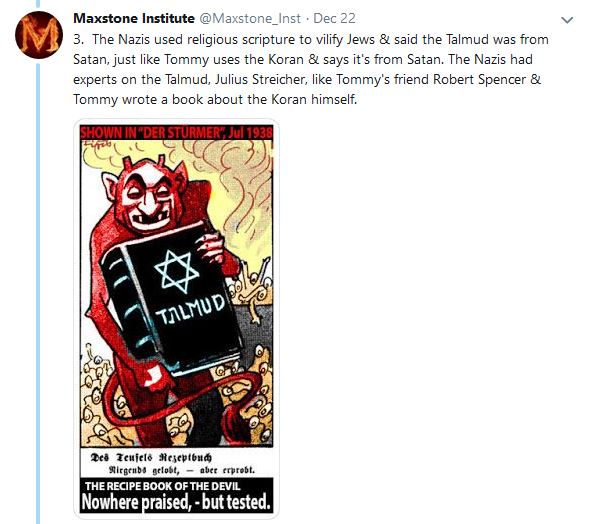 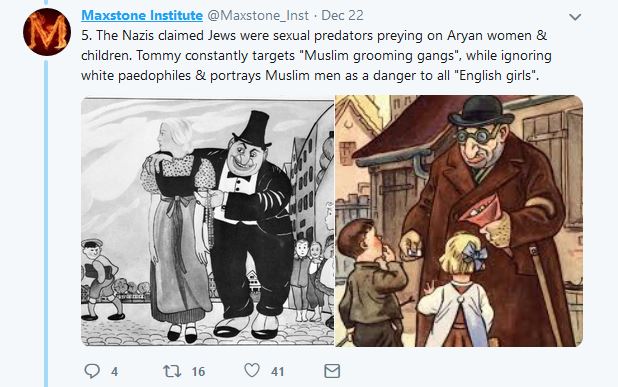 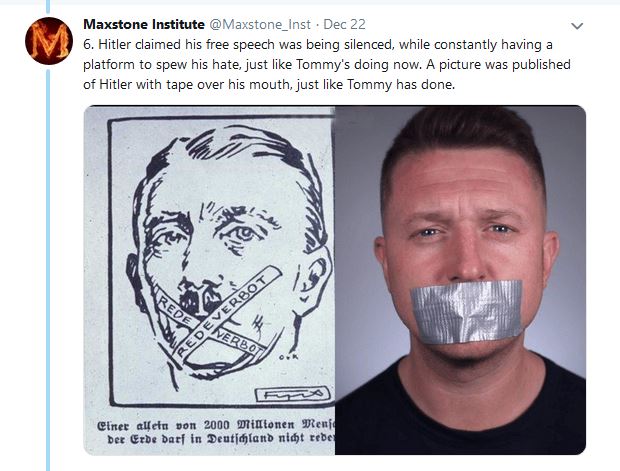 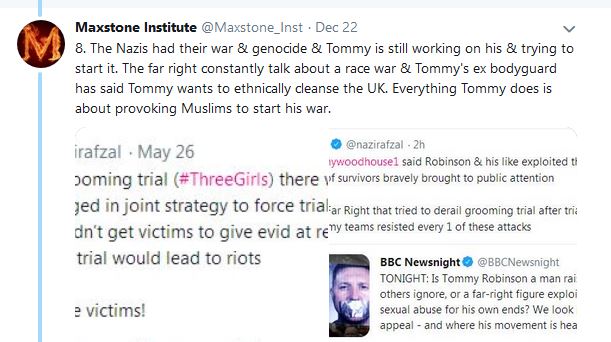 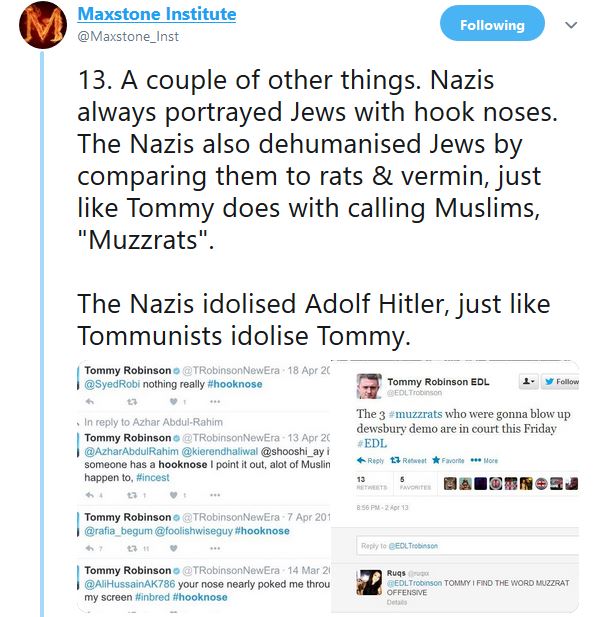 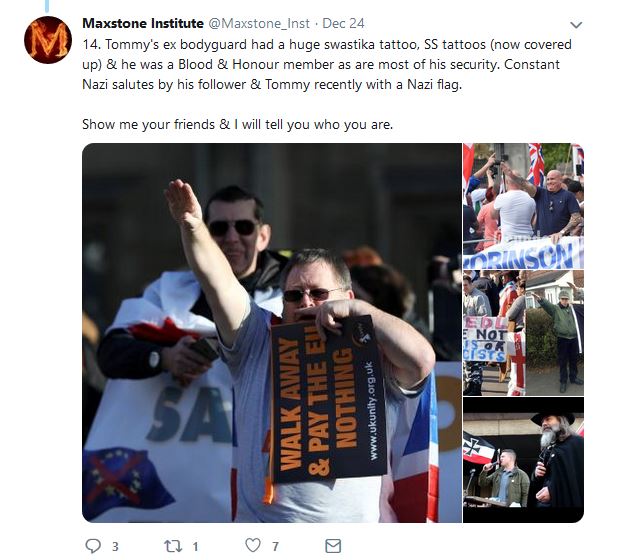 So there you have it Tommy, you now know why people call you a fascist, a Nazi and an all round racist scumbag.

This is the video that started it.

No logic to back up his argument just emotive screaming of buzz words.

This is Mike Vennart some side guitarist for Biffy Clyro. Lesson of the day Mike, If you are going to run up and scream obscenities at me then at least be able to back them up. He didnt even know what year it was! Nazis murdered 6 million innocent people, I criticise a violent & oppressive ideology that is more similar to Nazism than anything else. People like yourself do not realise public opinion is no longer with you. The days of silencing people with buzz words are gone. Share this and send Mike Viral!

11 thoughts on “Tommy Robinson IS a Fascist”