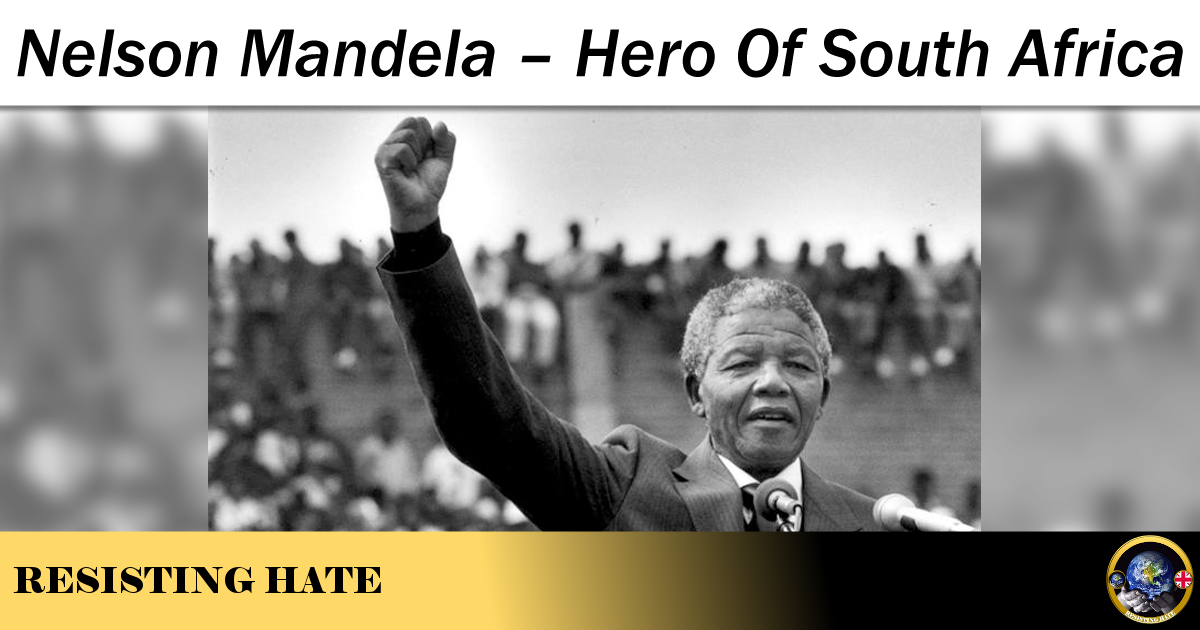 Nelson Mandela was born Nelson Rolihlahla Mandela and was an educated individual, attending the Universities in Witwatersrand, London and South Africa. However, due to apartheid laws, he was greatly discriminated against. It was this discrimination that drove Mandela to joining racial groups in South Africa in order to end apartheid.

It is widely accepted that his major accomplishment was helping bring the African National Congress (ANC) to forefront of politics in South Africa. The ANC was an eclectic group of black Africans and not “white” immigrants to South Africa who protested strongly against segregation and growing apartheid imposed on them unfairly by the white British and Boer leader who were in control of South Africa at the time.

Rising within the ranks of the ANC placed Mandela at the forefront of ANC protests against apartheid. Activism against the unjust racial laws, using both non-violent and violent tactics meant that the protests did not sit well with the government. As a result Mandela was a target for the presiding government and was duly arrested in 1962. Following the Rivonia trials he was imprisoned on Robben Island, on spurious charges of trying to overthrow the government. In reality he was put in prison in order that he could not spread his leadership skills to others.

It was during his incarceration at Robben Island that he started to document his thoughts and political beliefs. Having become a “class A” prisoner he was given more freedom and could have visits and exchange letters, as a result he was able to correspond with anti-apartheid activists like Mangosuthu Buthelezi and Desmond Tutu.

In 1975 he began his autobiography, which was smuggled to London, but remained unpublished at the time; prison authorities discovered several pages, and his study privileges were revoked for four years. Instead, he devoted his spare time to gardening and reading until the authorities permitted him to resume his degree studies in 1980

Finally after twenty-seven years of imprisonment, and in a surprise move, Mandela was invited to tea with the then president, F.W. de Klerk whom not only released him from jail, but also lifted the ban against the ANC. According to time.com, his imprisonment served as a symbol of defiance against the apartheid laws.

Finally in 1994, shortly after his release, South Africa held its first ever open election and Nelson Mandela became the first black president of the country. More than 100,000 South African men, women and children of all races sang and danced with joy.

Mandela talked about the “human disaster,” that apartheid created. “We saw our country tear itself apart in terrible conflict… The time for healing of wounds has come… Never, never again will this beautiful land experience the oppression of one by another.” He also spoke to the South Africans that had suffered for so many years due to racial segregation.

Nelson Mandela was one of greatest political leaders of our generation. He possessed vision, courage, vast determination and most importantly humility.

His vision of the way he wanted to see his people was what gave him that extra push to keep going.

His courage, allied with a steely determination, was essential for him to achieve the goal of the vision he had for South Africa. Nobody at the time had the courage to stand up to the apartheid government. Once he took the courage he had inside himself, those around him were emboldened with the courage to be the same. He stood up for the inequality and against racism.

Finally his humility, a characteristic often so lacking in political leaders allowed him to worry not about himself, but the betterment of the people of the country he loved so much. Most leaders just do what they do to better themselves. Some don’t even care about their people or their issues. Nelson Mandela did, and he would worry more about his people then himself.

Nelson Mandela achieved many things in his lifetime, he fought against an unjust government in South Africa. He was able to bring his people the basic human rights we take for granted. The right to move freely in one’s own country, the right to travel and employment and most significantly of all the right to vote. All of these rights were denied to the indigenous population when under white rule. He ended apartheid laws, unified two racial groups and created justice for his people.

Mandela’s actions also affected the rest of the world and through his actions, he let the world see that equality is possible. In 1993, Mandela won the Nobel Peace Prize for the impact he made on the world.

Nelson Mandela was the leader South Africa needed and an icon to the rest of the world, because he accomplished what most could not.

It is for all of this that Nelson Rolihlahla Mandela was chosen as the first “hero” to include on our webpage.