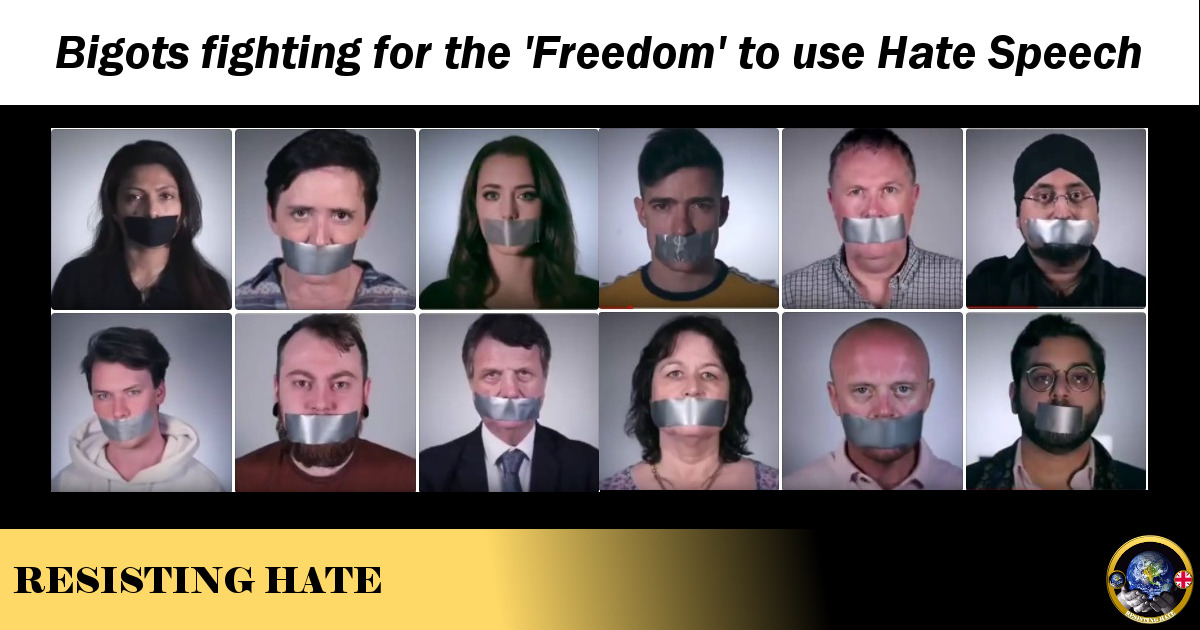 For the discerning antifascist liberal, convicted fraudster Stephen Yaxley-Lennon’s new pro hate video might just be the funniest thing you have seen in years. He is launching promotion for a ‘Day of Freedom’ planned for 6 May in London and for some reason, known only to himself, he decided to use the theme of duct taping up his fellow fascists.

The video actually works a lot better played backwards where the individuals pictured tape up their mouths and hang their heads in shame!

Some great parodies of it though. On this one they take the duct tape off to reveal Hitler moustaches!

The Day of Freedom initially started out as a march from Speaker’s corner in Hyde Park to the London Twitter office.  This was in response to Twitter finally deleting his 400k+ follower Twitter account (with a little bit of help from Resisting Hate and our members..)

Unfortunately Robinson didn’t twig that doing this march on a Sunday (a Bank Holiday Sunday no less) might not get him the attention  he wanted from Twitter so the march has now changed to a day of speakers. Basically just a few far right wannabes having a good old public cry that ‘Twitter stole muh free speech.”

These are the individuals involved: 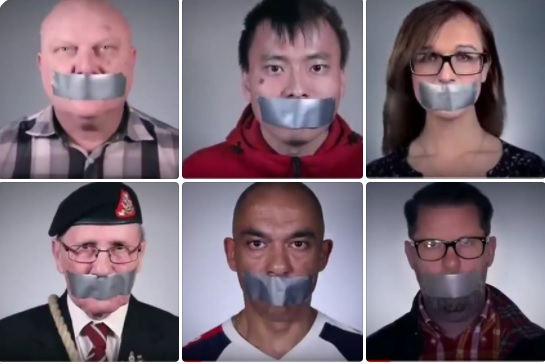 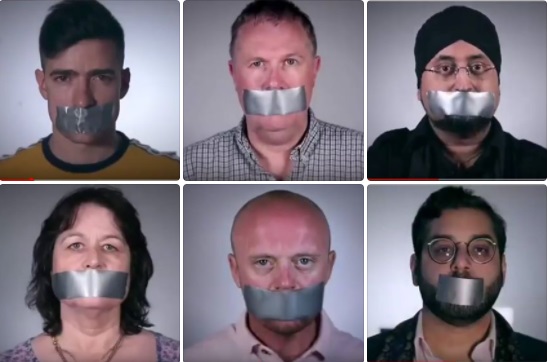 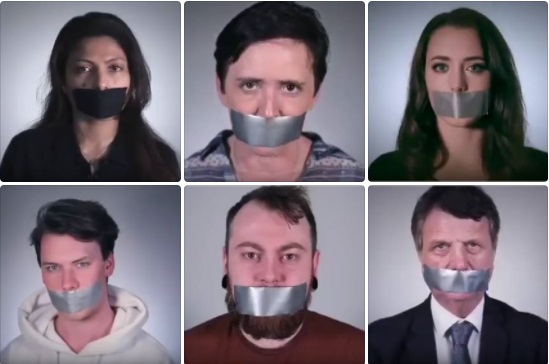 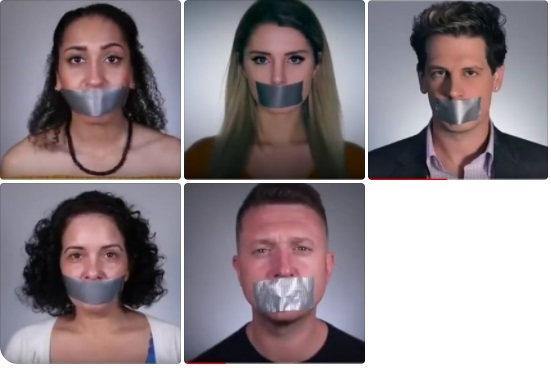 It is interesting to notice that many of these people pictured have social media accounts reaching into the thousands. Several are paid public speakers. Several have published books. It is an insult to the people who do not have a voice that this self centered egotistical bunch of hate preachers believe themselves to be silenced.

6 thoughts on “Fighting for the ‘Freedom’ to Hate”