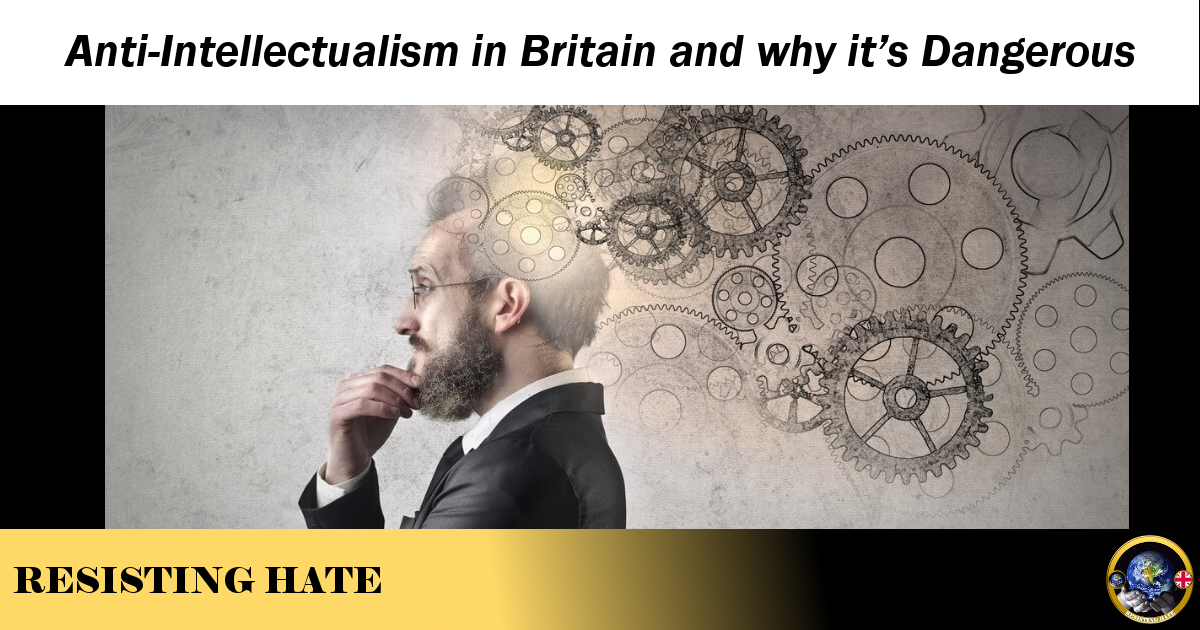 A guest article by Lee Clarke

On the night of 24th April 1915, the Minister of The Interior of the Ottoman Empire, Talaat Pasha gave the order.  Starting on that night, eventually more than 200 Armenian intellectuals would be deported and murdered by Ottoman troops. It was the start of the grisly events known as the Armenian Genocide.

In 1933 the books of Jewish and other intellectuals were burned by the new regime of Adolf Hitler. At the end of the war in 1945, a book was discovered that would become known as ‘The Black Book’ which contained the names of the prominent people in British society that the Nazis planned to arrest upon a successful invasion of the country. Among them were names such as Sigmund Freud, the founder of psychoanalysis, as well as the writers H.G Wells, Virginia Woolf and Aldous Huxley and philosopher Bertrand Russell.

In 1970’s Cambodia under the despot Pol Pot, thousands of the Cambodian intelligentsia were murdered in the infamous places known as “The Killing Fields”.

The common factor in all these extremist events is Anti Intellectualism. This is a prejudice and mistrust of intellectuals and intellectual pursuits. Whilst thankfully it is not as bad as in the examples stated above, anti-intellectualism is becoming increasingly common in our own political arena. Perhaps the most well known incident involved Michael Gove during the Brexit Campaign when he said in an interview on Sky News that “People in this country have had enough of experts”. Ever since then, in Britain, especially on Social Media platforms, there has been massive distrust of any intellectual discourse or form of expertise. I have seen and experienced this myself first hand. During the tragic case of Alfie Evans, I posted a comment asking why people with no expertise, experience or qualifications in medicine thought they knew more than doctors and I received a flurry of anti-intellectual comments in response. Some of the most concerning answers included: “Doctors are morons” and “I don’t need a medical degree, I have common sense”.

I understood the case of this seriously ill child provoked a deeply emotional response for, but the answers I received still were further evidence of the mistrust the general public have for experts and highly qualified people.

This anti-intellectualism is dangerous for our country. In extremis, it can lead to the examples I mentioned above. When totalitarian regimes are trying to come to power, they have to get rid of their enemies and the first targets are always the intellectuals.  It is a literal and practical version of the phrase: “Cut off the head of the snake and the body will die” in action. Any country needs intellectuals just as it needs workers of all types. In Britain, we have many intellectuals and intellectual institutions of which we can be proud. Oxford and Cambridge are among the most prestigious universities in the world and we can count such names as William Shakespeare, Charles Darwin, H.G Wells, George Orwell, Virginia Woolf. Bertrand Russell, John Stuart Mill, John Locke and Isaac Newton as British intellectuals who are known the world over.

In a country famed for its intellectuals, where did the anti-intellectual come from?

Apparently and worryingly, anti intellectualism has been a part of our culture for quite a long time. Simon Coll makes a discomfortingly persuasive argument suggesting that anti-intellectualism in Britain mainly stems from the French Revolution when political theorists, mainly Edmund Burke, sought to protect the status quo from the ‘ideas’ that were seen to have led to the massive social changes that took place across the channel in France. Coll argues that Continental European rationalism was discouraged and ‘common sense’ advocated in its place. Thus began the philosophical cold war between European Rationalism and British Empiricism and the distrust of intellectuals and ‘ideas’ became entrenched within the British national outlook.

This is an aspect of our culture that we really need to change and improve. To achieve this we can look toward France as an example of success. France has always been an intellectual nation and has been so in a way so unique that intellectuals were often regarded as celebrities, especially in the years following World War II. The Existentialists, especially Jean-Paul Sartre, Simone De Beauvior and Albert Camus became household names across France as they interacted with the public on a daily basis. France has also given the world names as revered as Jean-Jacques Rousseau, Rene Descartes, Michel Foucault and of course the immortal Voltaire. As Sudhir Hazzareesingh says in an article for The Guardian, the French have always admired and venerated their intellectuals and taken great pride in their cultural heritage. This again could be said to stem from the Age of Enlightenment and the subsequent French Revolution – Intellectuals such as Voltaire became extremely popular with the thinking public. When renowned philosopher Sartre was arrested, Charles De Gaulle, the then President of France, ordered his release stating firmly: “You don’t arrest Voltaire”.

The way that France views its intellectuals, as an integral, proud and fundamental part of its cultural heritage is how we in Britain need to view ours. We should not dismiss hard-earned knowledge and expertise or view it as elitist snobbery. A country needs people of all professions in order to function and intellectuals have an important role to play in progressing our country forward and educating the people of our country. If we allow hard work and intellectual achievements to be dismissed we deincentivise the next generation to strive toward education and advancement.  We need to move away from this popularist idea that expert opinions are of equal value to a layman. Rejecting experts is a rejection of the pursuit of knowledge and can only be a path to stagnation. Let us make sure that as a country we take a better path.