Anish Patel is one of those far righters who tries and tries to make a name for himself but them ends up being known for all the wrong reasons. Possibly his career in politics and any credibility he attempts to muster is thwarted by the manner in which he expresses his political opinions…

Not exactly Mr Debater of the month is he.

Patel started his career in politics as a campaign assistant for UKIP in the Castle Point constituency. While there he applied to be appointed to the National Executive Committee for UKIP. 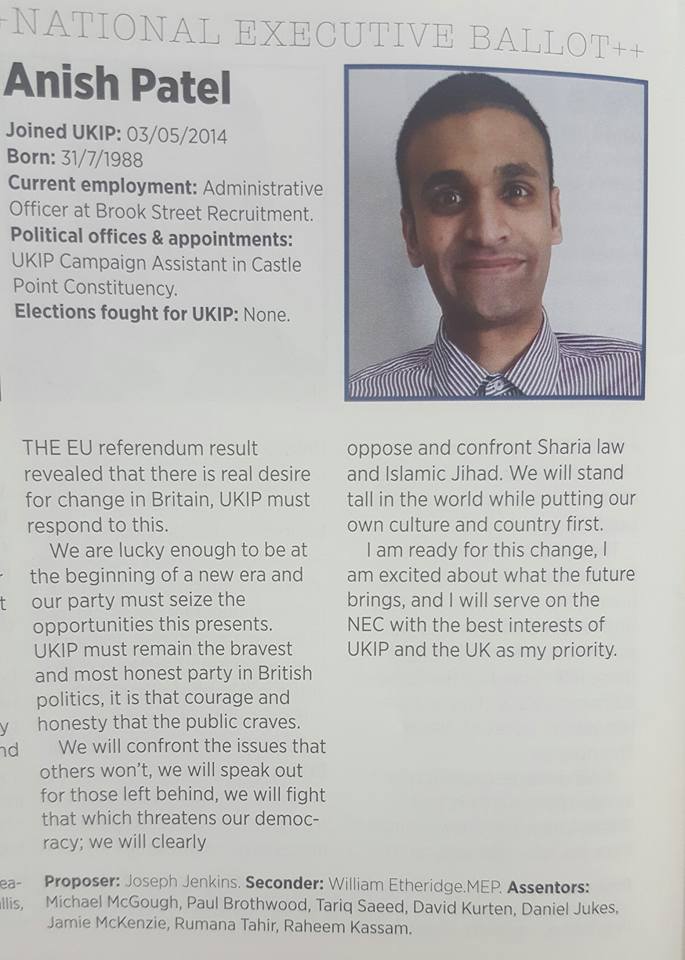 He was appointed to the NEC. However Patel’s primary use to the party was largely that of leaflet distributor  and, despite his enthusiam for the views of Nigel Farage (he even put on his Twitter profile he was a Farageist!) he failed to make much of an impression within UKIP itself. 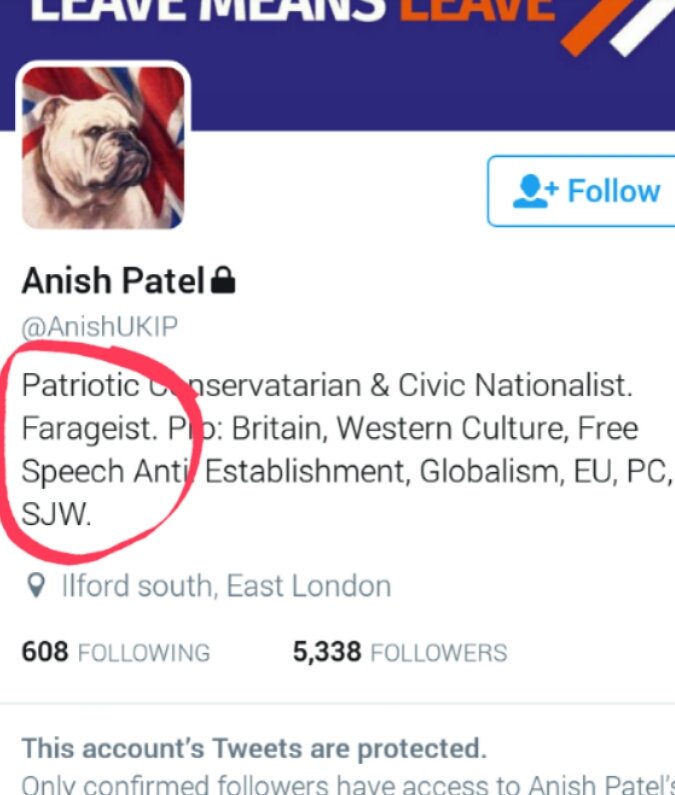 It is hard to ascertain whether it was Patel’s limited Islamophobic  agenda or the racism of UKIP toward him that was the cause of his advancement. Certainly he experienced hate from within the party itself. This racist bigot for example: 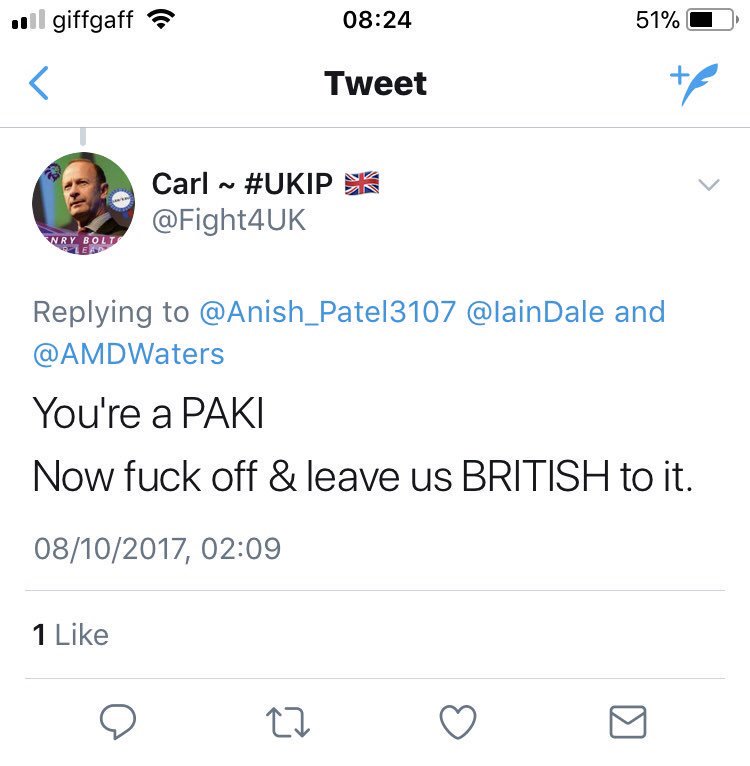 Patel’s focus was primarily an anti Islam agenda and while he was at UKIP he became pally with far right Islamophobe Anne Marie Waters. He supported her bid for leadership of the party, writing in his own blog about the future of UKIP that Anne Marie was the candidate who would help take UKIP to the next level.

Anne Marie of course failed miserably to secure the UKIP leadership, coming in nearly a thousand votes behind winner Henry Bolton (who was sacked after a vote of no confidence after his racist girlfriend made some racist remarks).

Patel was incensed at Anne Marie’s failure and when she moved to start a new rival far right party ‘For Britain’ which would consist of policies almost entirely consisting of anti Islam content he jumped ship (Oct 2017)  and turned his back on both UKIP and he beloved Nigel Farage. 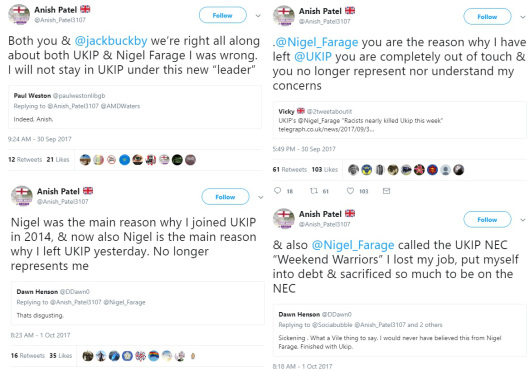 Unfortunately For Britain started with a bang and ended with a whimper. Anne Marie polled a dismal 266 votes when she stood as the MP for Lewisham East in June 2018 and lost both her deposit and any credibility the party may have had. So it looks like Patel has backed yet another dud.

Patel’s most memorable moment was in December 2016 when he offered to drive anybody ‘offended by Christmas‘ to the airport.  He was immediately swamped with responses and trolled within an inch of his life on Twitter. Which, frankly, was hilarious to watch! 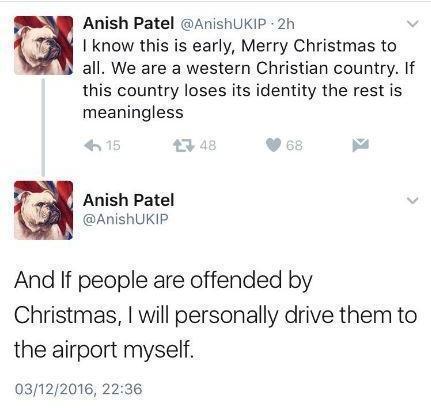 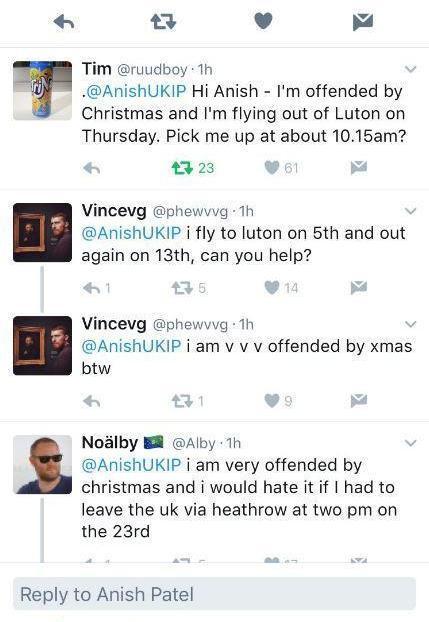