Raheem Kassam had a relatively conservative background prior to 2014. He was a the product of a University education with experience in both the banking sector and journalism and had proven himself a committed supporter of the Conservative party. He rejected his upbringing as a Muslim in favour of atheism and, despite some half hearted flings with further right politics, seemed to adopt a mainstream political stance.

In 2014 Kassam joined UKIP. His views quickly established him as a high profile party member and he rose quickly through the ranks of the party to become the senior advisor to Nigel Farage. After Farage left Kassam fancied his own chances at political leadership and in 2016 he put himself forward for the leader of UKIP.

The reasons for why Kassam dropped his leadership bid are hard to pin down. Certainly he generated a lot of controversy on Twitter, particularly with these tweets: 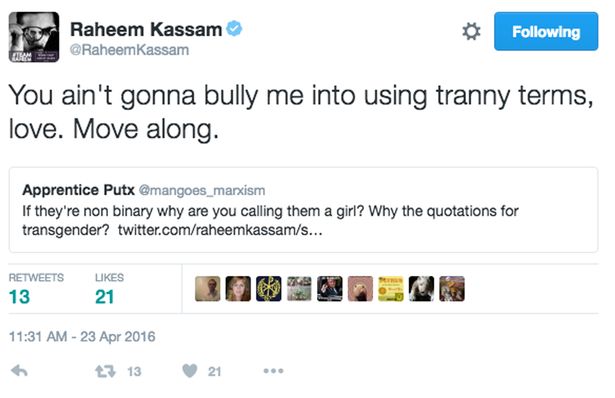 It is our opinion that, in the absence of convicted fraudster Stephen Lennon, Raheem Kassam fancies himself as the de facto leader of the far right. It is not a position for which there is much competition as most contenders are either in prison (Robinson, Fransen), on a social media ban (Golding) banned from entering the country (Pettibone, Sellner, Southern) running failed ‘political parties’ (Waters, Batten) or just too dim to even be taken seriously by the far right (pretty much everybody else).

Kassam is an interesting exception to all of the above. He is political, but has avoided political leadership. He is careful to stay on the right side of the law and he has looked beyond social media and street brawling to spread his thoughts more widely.

Kassam started his political career as a Conservative and obtained funding to run a group called ‘Student Rights‘ which claims on their website to be ‘A non-partisan group dedicated to supporting equality, democracy and freedom from extremism on university campuses.‘ but which some suspected was set up to push an anti Palestinian agenda. This was largely because the funding for Student Rights came from Alan Jackson, head of the Henry Jackson foundation, a group linked to Zionism and increasingly to Islamophobic views. Kassam openly acknowledged he was the Campaigns Director for the foundation.

It did not take long for Kassam to make an enemy of the National Union of Students and other pro diversity, pro tolerance organisations. He was awarded Islamophobe of the year in 2014 which illustrates just how far by this point his views had shifted from mainstream politics into far right extremist rhetoric.

In 2014 Kassam was headhunted by far right extremist head of Breitbart and ex Trump advisor Steve Bannon to run the UK arm of Breitbart. Controversially (idiotically) he used his position as Breitbart editor to support the politics and views of Donald Trump, notably defending Trump’s comment likening African nations to ‘shitholes’ by likening him to William Shakespeare!

2014 was also the year that saw Kassam join right of centre party UKIP and he was quickly promoted to chief advisor to Nigel Farage the UKIP leader. The Independent blame Kassam’s support of Farage as part of the reason Farage failed to secure a seat. 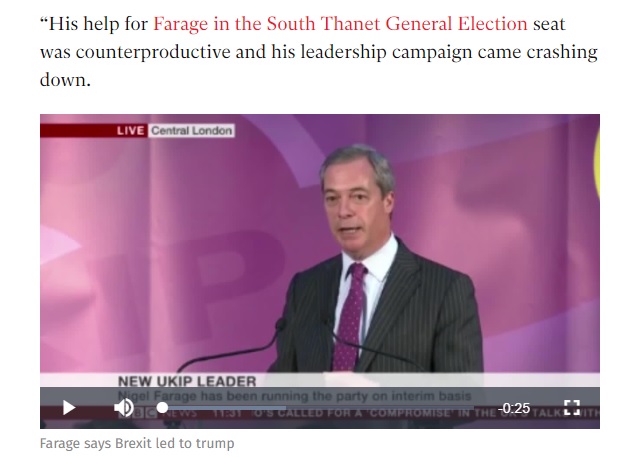 The same paper interviewed some of Kassam’s political colleagues. Their opinions of him were not at all positive. 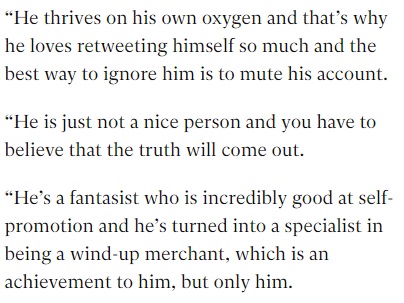 Raheem of course blamed Farage’s failures on everybody except himself. He was quoted describing UKIP as a group of  ‘rag-tag, unprofessional, embarrassing people who let Farage down at every juncture.” He blamed the party’s lack of discipline for their failure to elect their leader as an MP.

The Guardian however reported that feelings in UKIP ran against Kassam and the party disliked his focus on pushing the party further right. 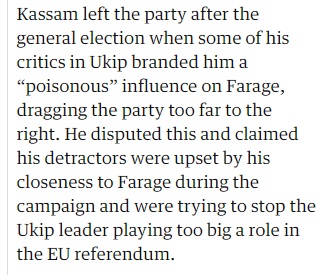 Thick skinned enough to ignore the critics within his own party Kassam made his own leadership bid in  2016 for UKIP – under the slogan – Make UKIP Great Again (the initials of which spell MUGA which is rather apt as by this point you’d have had to be a bit of a mug to vote for UKIP which had totally lost its origins as an anti EU party and started to be identified as an anti Islam party.)

However, despite securing backing from UKIP financier Aaran banks, Kassam pulled out of the leadership at the last moment. Kassam said it was because he felt ‘the path to victory was too narrow‘ but speculation remained that  it was due to the outcry over the public comments he made about his fellow candidate Suzanne Evans. In one tweet Kassam made a sexist reference to Evans as a wrinkly ginger bird and in one tweet, reported by the Daily Mail (yep he even managed to offend the Daily Mail) he compared Ms Evans to a ‘rotting corpse.’ 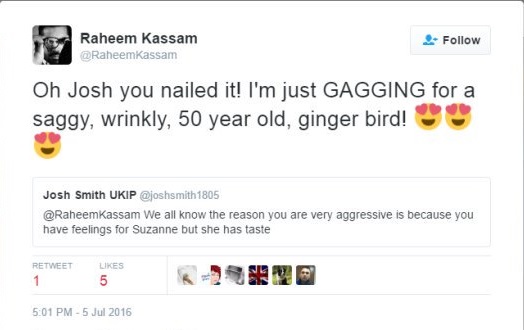 He also hit the headline for this sexist tweet against Nicola Sturgeon too:

In 2017 Kassam published his book No Go Zones (a reference to areas of Britain where Kassam believes it is not safe for non Muslims to go). Some of the reviews are very amusing:

There were some positive reviews of course. Here’s one from a paranoid xenophobic and another from a transphobic moron.

Interestingly enough, despite writing a book on alleged No Go Zones, Raheem is unable to actually say where these no zones are. He has been challenged repeatedly on the subject by Resisting Hate and others and he never answers.

Raheem is no fan of Resisting Hate though after we got him banned from Twitter for a week. Breitbart didn’t take the news too well either.  Mind you it wasn’t the first time he has been banned from the platform.

This is about as direct a challenge as it is possible to get. Kassam couldn’t answer it. 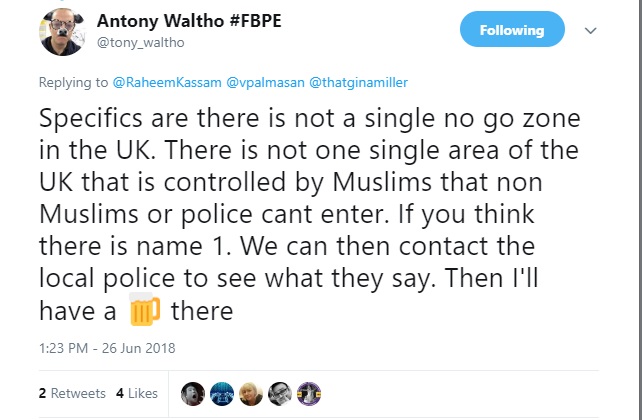 Kassam left Breitbart in May 2018. He denies he was sacked but there is much speculation that he was intentionally exited from the role. Perhaps his associations with far right extremists like convicted fraudster Stephen Yaxley-Lennon, Lauren Southern, Milo Yiannapolous and other notable haters had simply proven too much for even Breitbart to stomach.

Kassam may fancy himself as a political leader but his social media feed provides good evidence he is nothing more than a bully with a side helping of bigotry and ignorance. 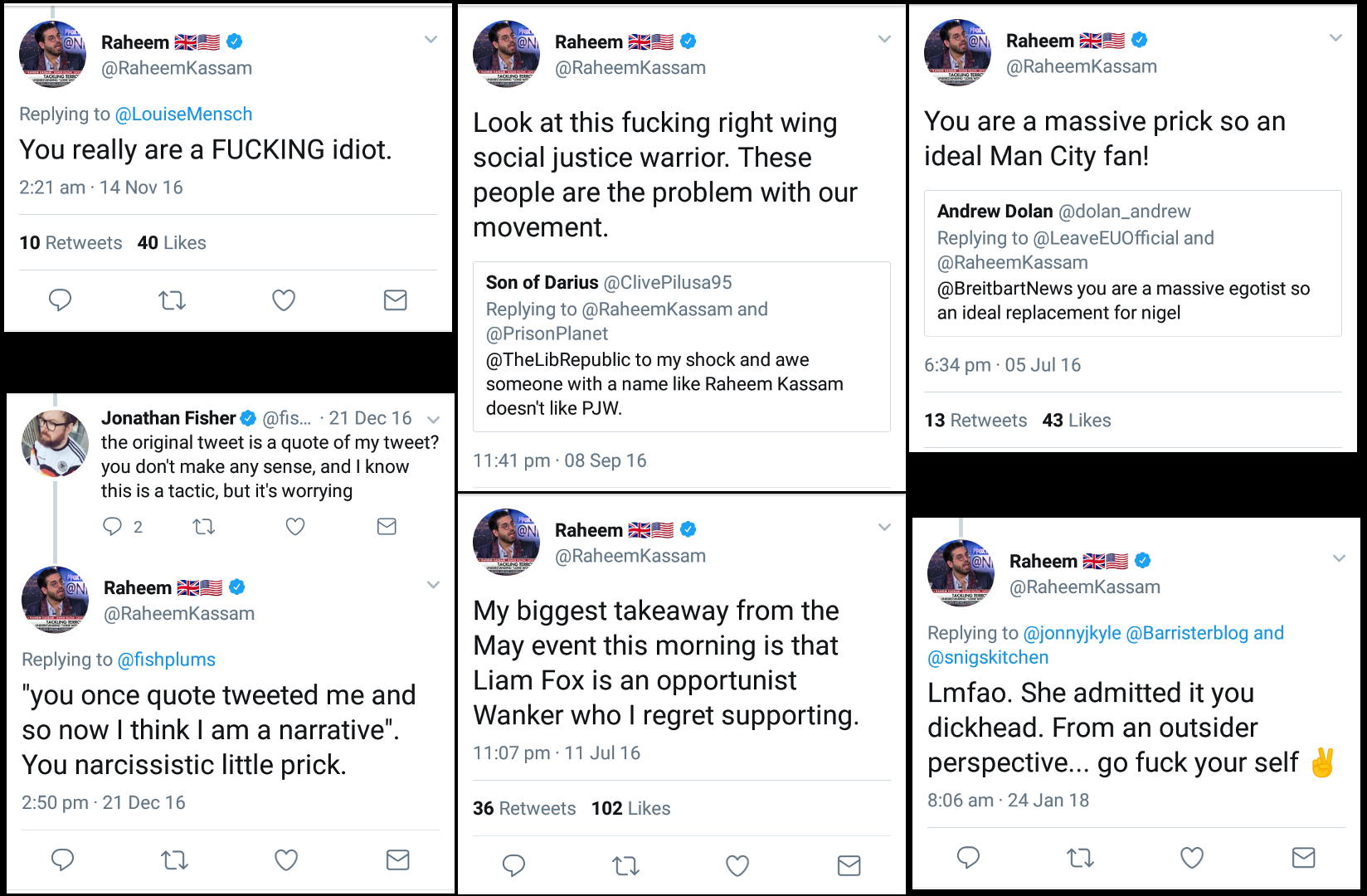 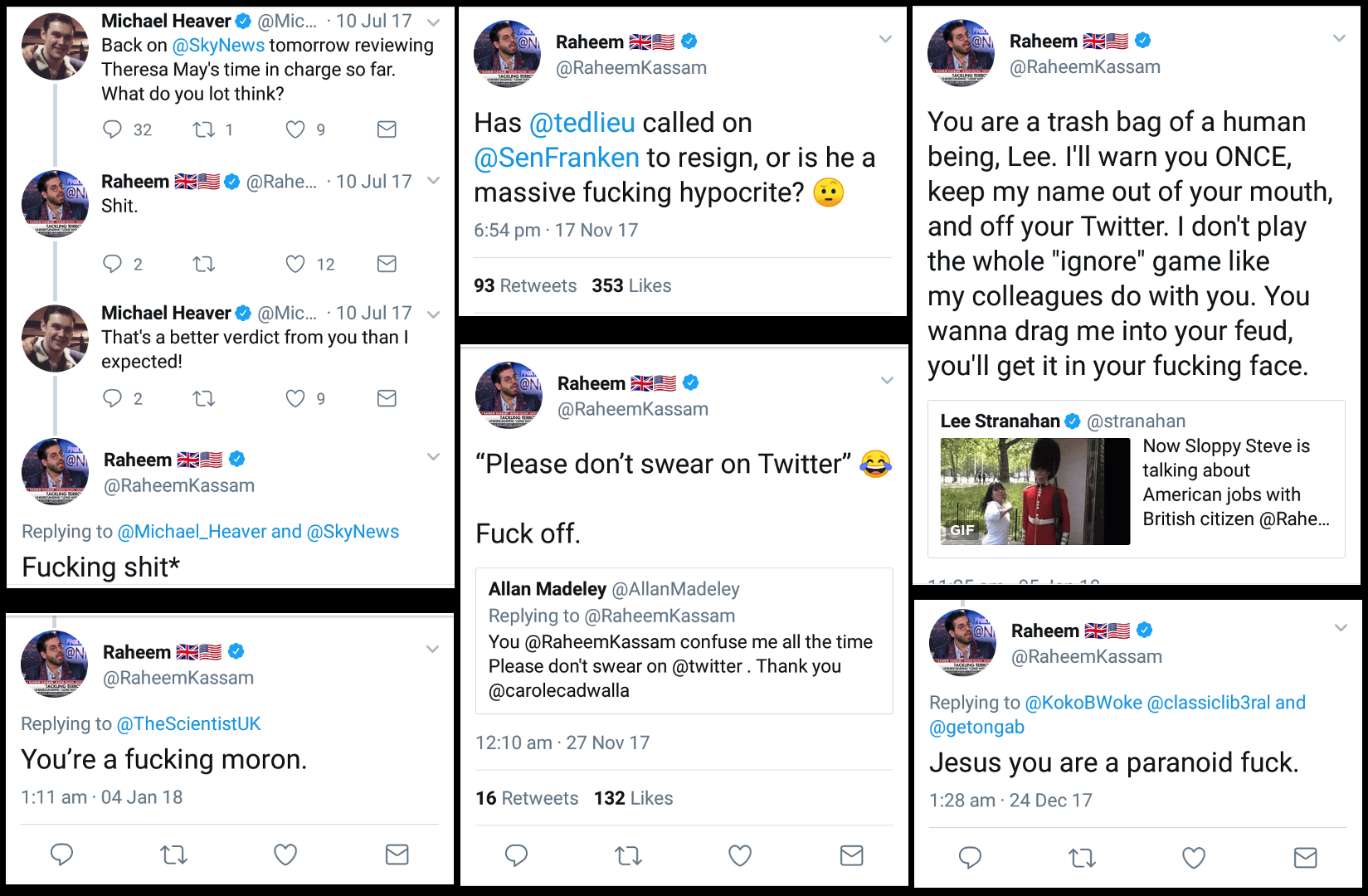 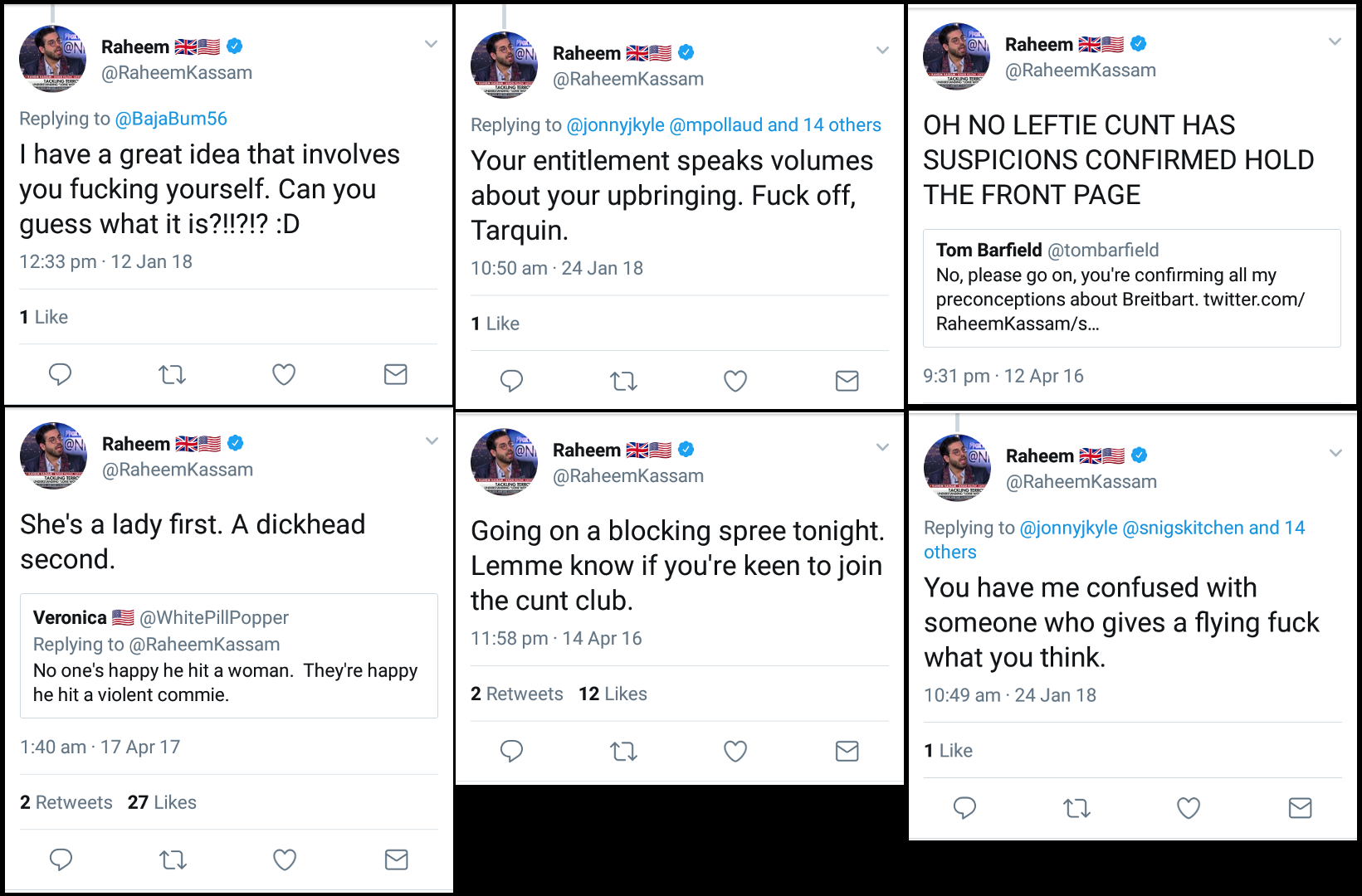 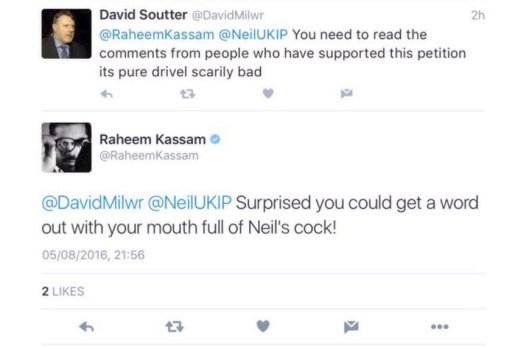