It sickens me beyond belief, the way British Politics is going. Our Government is trying to screw us over, getting a deal that only benefits themselves. We have a spineless PM, who can’t get even through a speech without needing a cough drop – and who is losing the ear of her Government and doomed to failure.

The failed leader of UKIP headed for the life boat when she was denied the role of Ship Captain. Which just goes to show what a sore loser she is and how little she actually believed in the party she wanted to represent. She stormed off like a child having a tantrum in the middle of a supermarket.

Waters claims to be speaking up for Britain, but I can assure you all reading this on the Resisting Hate website – Waters does not, and never will speak for me. I do not need someone with the appearance of Hitler in drag speaking for me.

The followers of Ms Waters are naive racist thugs who go around telling anybody who doesn’t share Waters political views to “leave the country.” I myself have been told by her objectionable followers to leave the country on several occasions. I have been called insulting names and told to “wander off.” This illustrates the point I am making. ‘For Britain’ members may claim they are not hateful and that they speak the truth but they are quick to abuse others with a different world view.

I would love to see ‘For Britain’ in the boardroom flogging the dead horse of their Islamophobic hatred to a group of no-nonsense people like myself. I do not believe in sugar coating anything. I will say exactly how it is, I don’t hold back. And I certainly won’t hold back in speaking out against For Britain supporters.

Today I got into a rather heated argument with the ‘For Britain’ leader on Twitter. And it highlighted to me just how single minded and cold she is. Repeatedly she hounded me asking the same questions over and over again about Muslims. But I shot back every time confirming ISIS were not Muslims as I would understand the term and that she was mixing up extremist ISIS doctrine with the peaceable beliefs of Islam.  Four times she asked me about FGM. She cannot separate the faith of Islam from acts like FGM which are illegal in the UK. Her ignorance is not helped by biased Media reporting from hate rags like the Daily Mail.

Waters claims to be a politician. Yet she appears to get all her news and views from the bigoted and biased Daily Fail. And she has the nerve to claim I am the liar! She openly called me a liar in addition to claiming was defending child marriage. Which has resulted in her followers harassing me and labelling me a paedophile. This is the sickening mentality of an evil loathsome Islamophobic scumbag. Making very serious slanderous accusations against someone who doesn’t share her views on Islam. She was losing the argument, she knew it and so she resorted to such disgusting and sickening accusations.

She stopped replying when I shot back at her hateful nonsense and disgusting attitude saying to her:

“Typical righty, can’t handle being wrong. I feel sorry for your parents having a scarecrow fascist like you for a daughter.”

Do I regret saying this to her? Hell no! I am proud I said it. It’s strictly my own view of her but it is also the truth about her being a fascist. Her failing to respond to that just shows she’s a party leader running scared. A party leader who knows opposition to her hate views is slowly growing.

Anne is anti-Islam. I have delved into her Party Manifesto where it openly states that she wishes to ABOLISH Human Rights. This, she claims, will put the rights of British people first. Unfortunately her entire manifesto is total nonsense. Abolishing Human Rights will do nothing to secure the dignity and safety of the British people. Anne who regularly claims she is ‘not a Nazi’ is seeking a society where she will be free to imprison those who oppose her and free to launch sickening attacks against Muslims, the hatred of whom is the foundation for her whole ‘For Britain’ project. Like UKIP the ‘For Britain’ party will focus on a pro Brexit agenda. If Britain leaves the EU we will not be protected by European Human Rights. We will lose that protection for ourselves and the people of our country

Like Tommy Robinson, Gerard Batten and Katie Hopkins – Anne Marie Waters is nothing more than a radical far right hate preacher. She radicalises people into believing her propaganda, using her far right Islamophobic contacts like Robinson to help spread her endless hate about Islam. Back in 2015, Anne and Robinson were responsible for establishing a UK based wing of Anti-Islamic organisation PEGIDA UK together. The hate group is still in force today with Waters involved in a management role and Paul Weston from far right group Liberty GB and Tommy Robinson serving as advisors.

Anne is associated with a number of known far right haters including:

Similarly to Waters these individuals use the fear of migration as a means to further discontent and Islamophobia.

Waters keeps many of her extremist contacts under wraps for fear of alienating the more centrist ex UKIP members she is hoping to poach from the party she abandoned. But I feel it important to reveal the truth. And I will be happy to continue to confront Anne Marie Waters over her association with the fascist racist far right organisation Pegida UK (known across Mainland Europe for violence and hate) and for the relationships with known haters she is trying to exploit to push her personal agenda against Islam and Muslims into the mainstream. 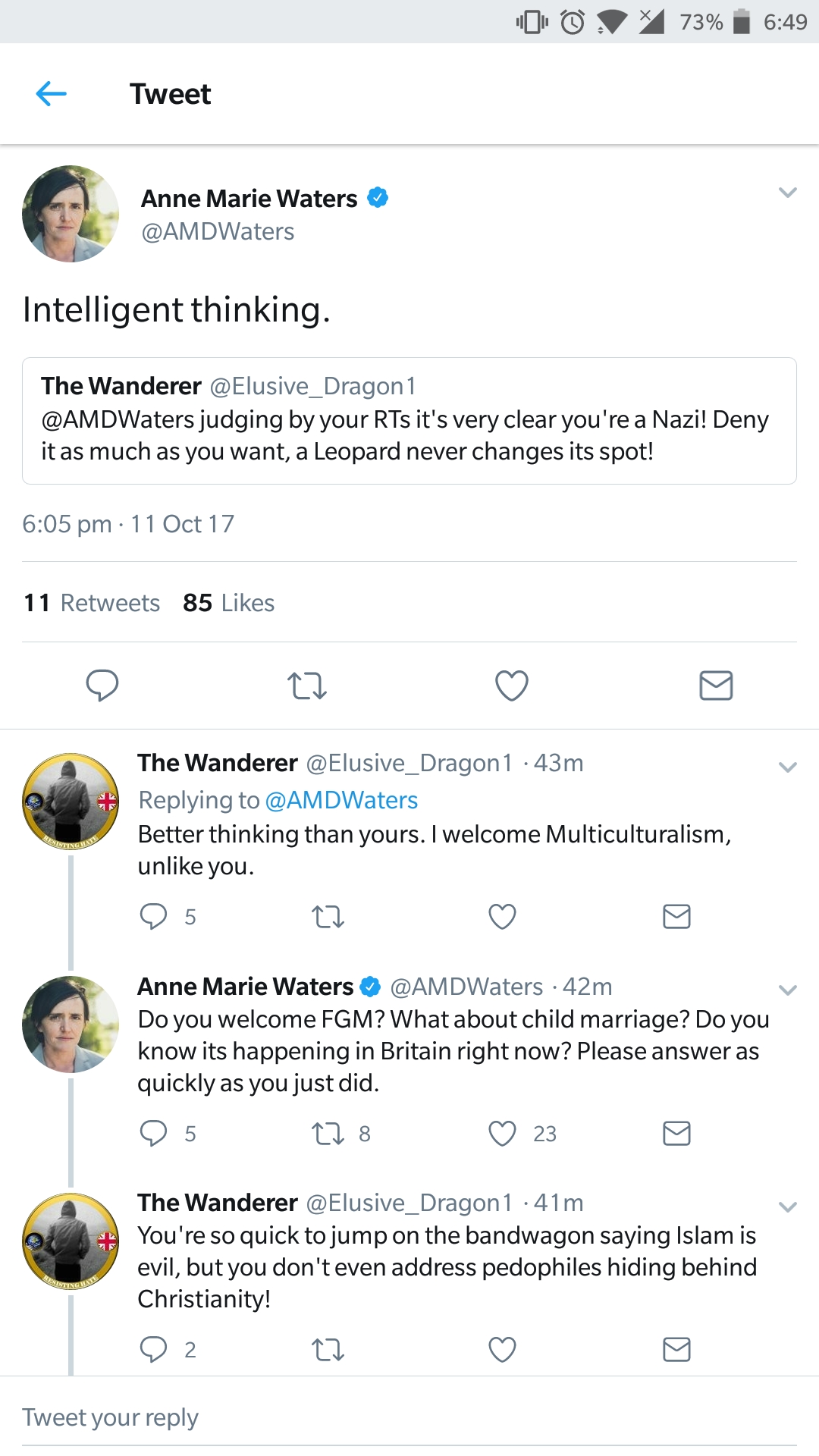 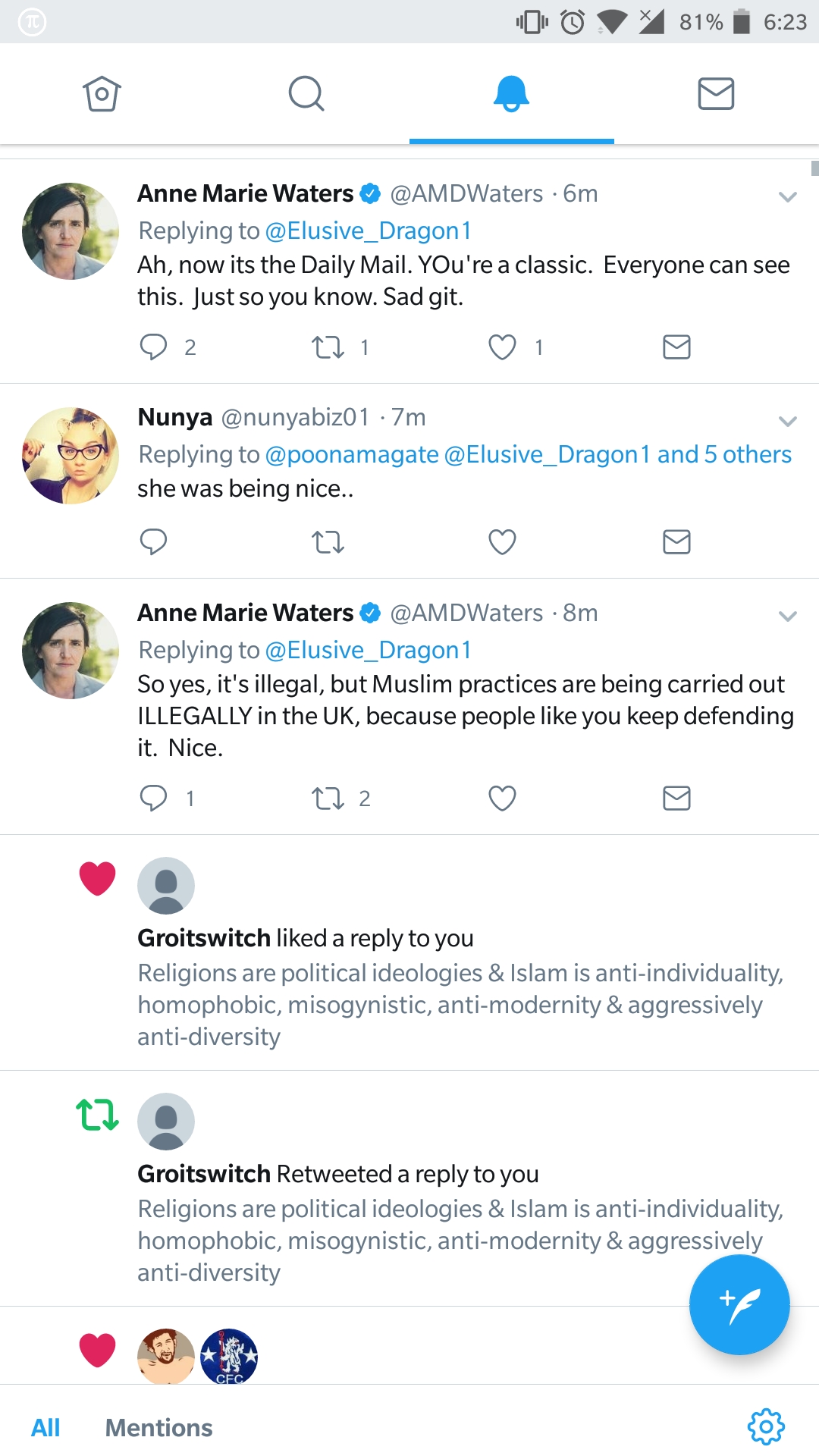 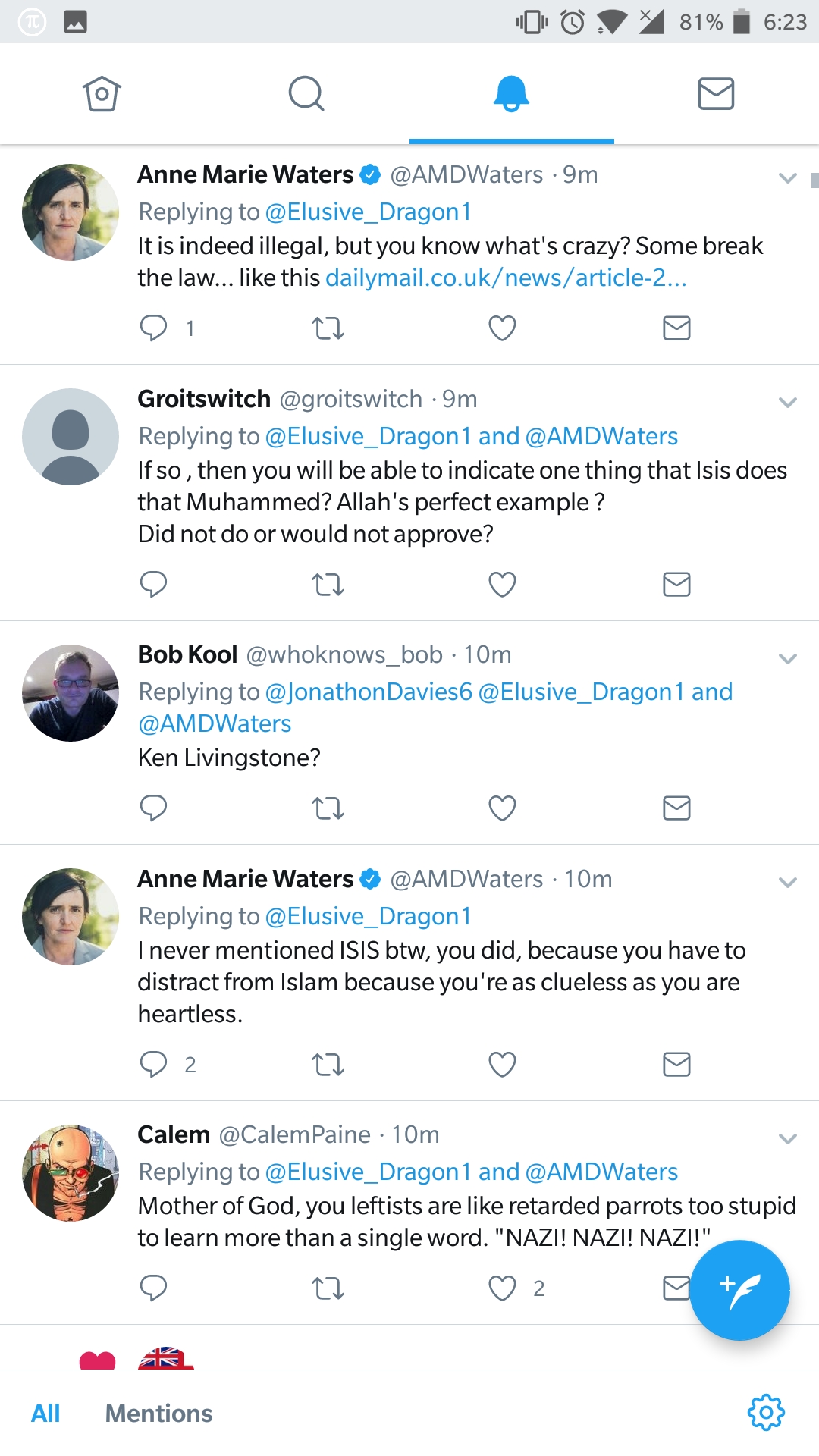 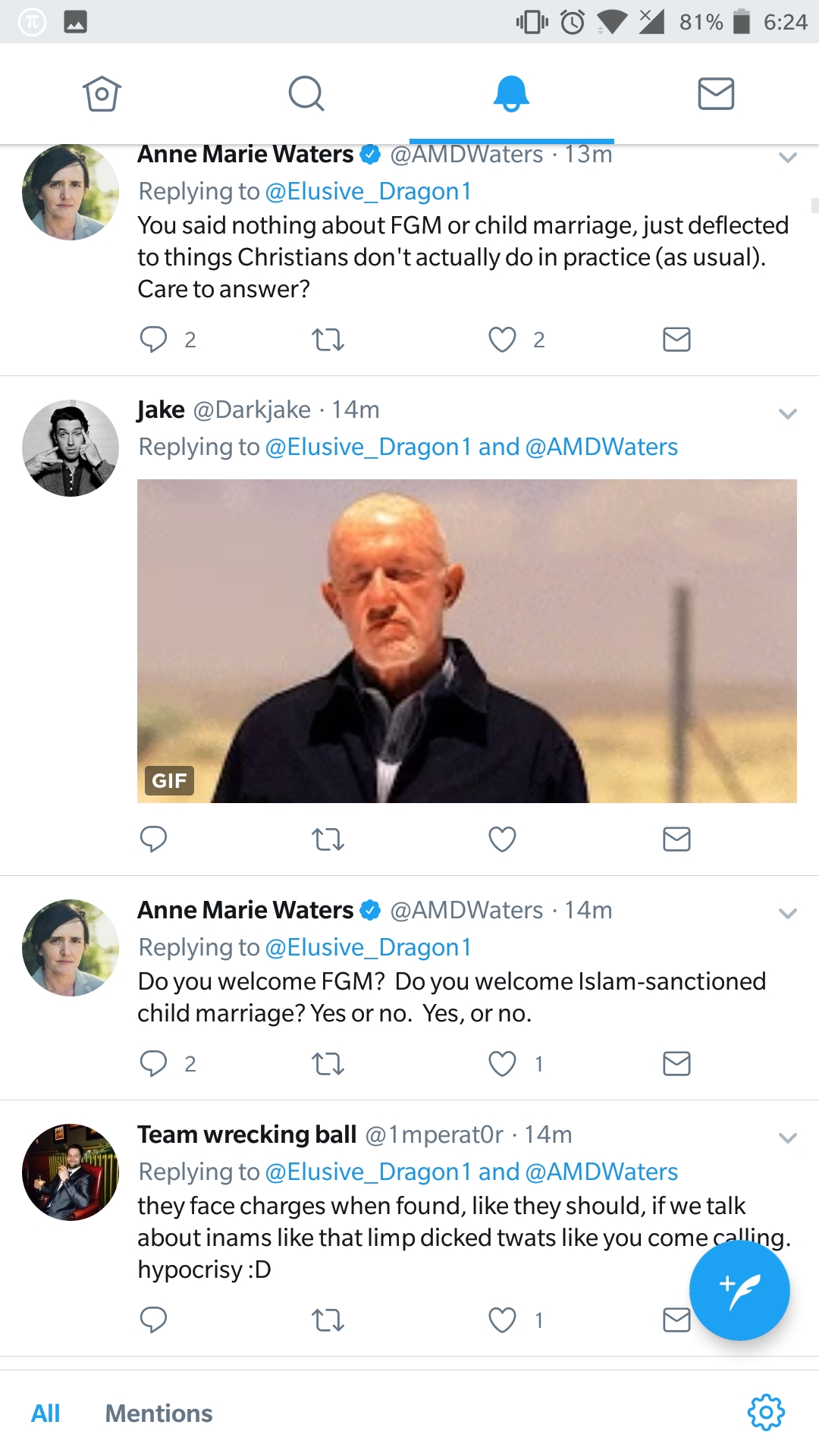 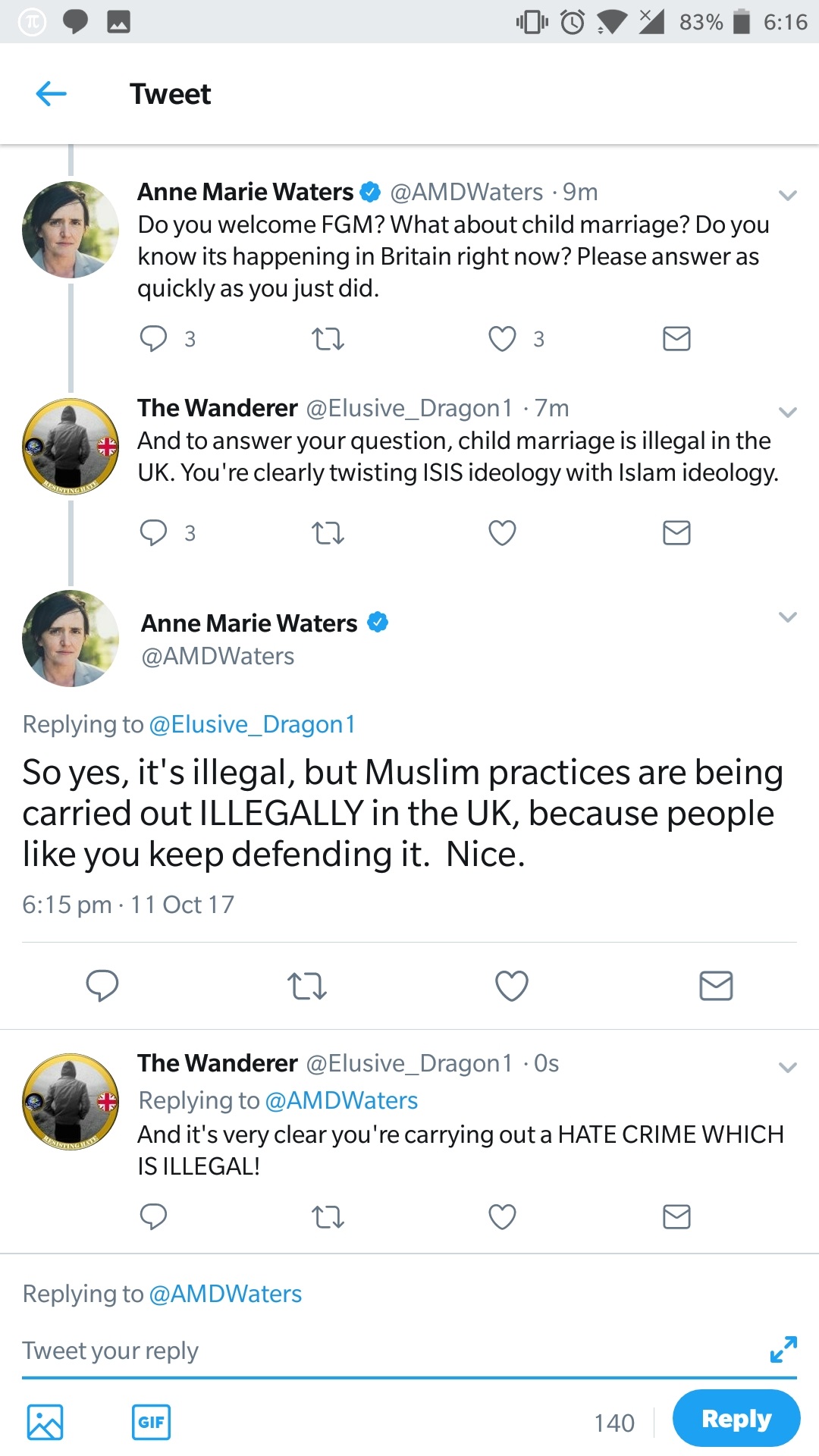