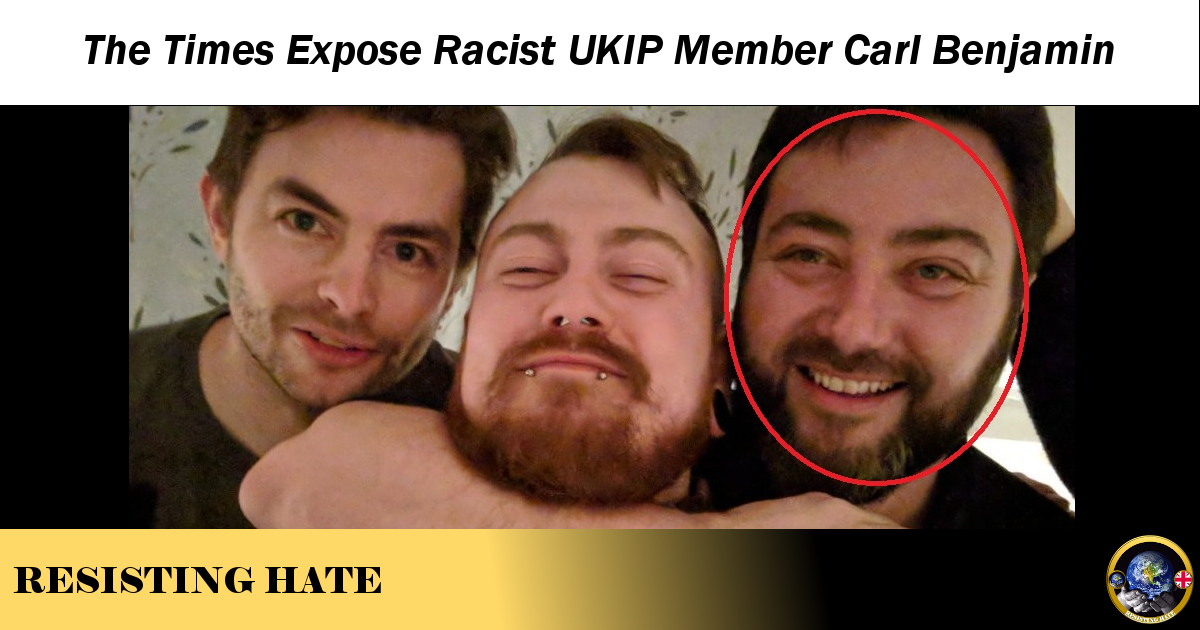 In the latest shock expose of the new influx of far right extremists into the UKIP political party which is fast becoming a organisation that has nothing to do with politics and everything to do with hate, Carl Benjamin, better known as You Tube vlogger Sargon of Akkad has been shown to be a vitriolic troll resorting to abuse and racism.

This is the article from The Time reproduced in full with no annotation. Full credit to author Jamie Macwhirter.

An internet troll who has accused opponents of “acting like a bunch of n******” and sent a rape tweet to the Labour MP Jess Phillips has addressed activists at the Ukip party conference.

Carl Benjamin, 39, who uses the alias Sargon of Akkad, is a political commentator who has gained nearly 850,000 subscribers on YouTube by making videos criticising feminism, Islam and political correctness. He joined Ukip in June as part of the party’s attempt to attract younger, internet-savvy supporters.

Benjamin addressed the Ukip conference in Birmingham on Friday via a video message shown on the main stage, in which he said he had joined the party to defend British liberty against “communists in our universities, Islamists in our northern towns, and censorious MPs”.

He is also due to appear in person at the party’s youth conference on November 10.

Benjamin gained notoriety in 2016 when he was accused of instigating a misogynistic trolling campaign against the Labour MP for Birmingham Yardley. “I wouldn’t even rape you” he tweeted at Phillips, prompting a deluge of threatening tweets against her, including rape and death threats from his followers. He has since been banned from Twitter.

In a live stream recorded in February, Benjamin appeared to lose his temper at one viewer’s comment.

“You are acting like a bunch of n******, just so you know. You act like white n******,” he said. Benjamin insisted his comments had been taken out of context.

He has enjoyed a good relationship with Batten, appearing alongside the Ukip leader at the European parliament this month and interviewing him on his YouTube channel.

Caroline Jones, the Welsh assembly member who quit the party on Wednesday over her opposition to the party’s lurch to the “far right” under Batten, said Farage would never have allowed Benjamin to join the party. “There were standards then,” she said.

Ukip said Batten had invited Benjamin to speak at a panel on the EU as a “subject matter expert” and that he was not an official party representative. “He’s said some distasteful things in the past, but the vast bulk of what he says is very sensible,” a party spokesman said.