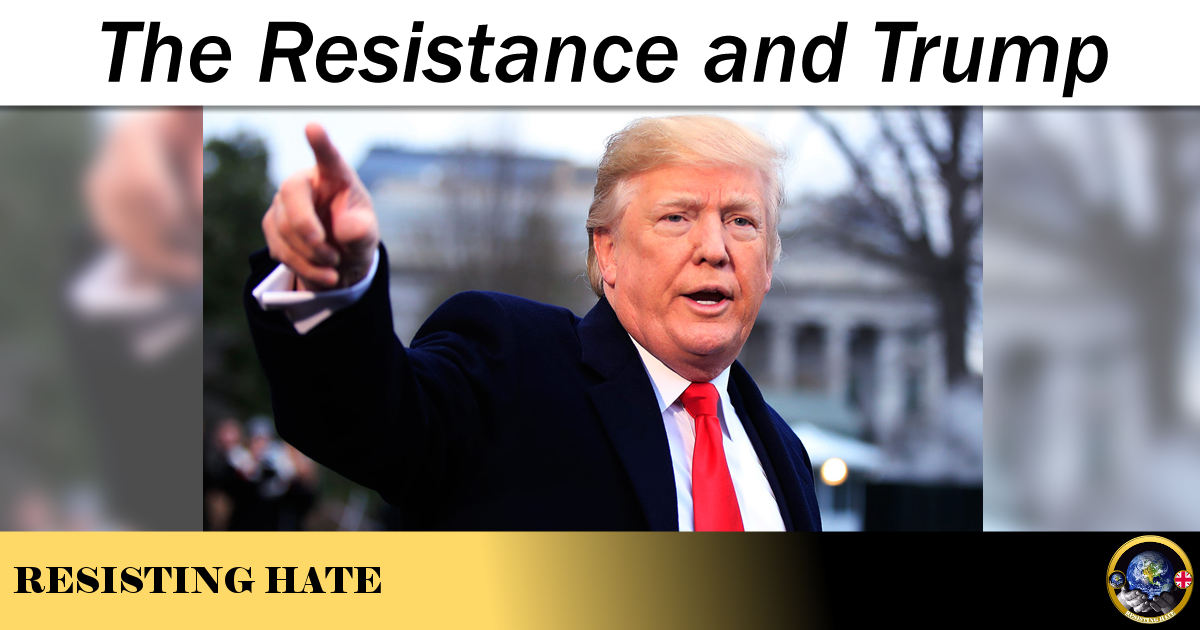 It’s a tough balancing act to not allow ‘perfect’ to be the enemy of the ‘good’. It’s something I personally struggle with, but an approach that I like to apply when trying to think about solutions is to set up a sort of syllogism:

Let’s say we have ‘Problem Z’ and ‘Suggestion A’:

Does Suggestion A solve Problem Z?
If the suggestion doesn’t solve the problem, is it a solution?
If it’s not a solution, then why expend effort for it?

Just trying to pick the next words for this is tough. I’m not egotistical enough to think that I have all the solutions; so, by my own scenario, what do I say next?

I think that we’ve lost a lot of critical thought, recognition of nuance and the capability to process complexity.

As a disclaimer here: I can’t speak for non-Americans; I don’t know what your day to day interactions and conversations are like. I can read as much BBC News as I can find, watch Panorama all day and read whatever Der Spiegel I can find in English, but I know that from looking at the American media across the narrative spectrum that most of my daily interactions don’t reflect what I see in the various media. But on both ends of the political-narrative spectrum, there are more than enough that do.

What scares me the most is not the authoritarian inclinations of what I refer to as ‘DrumpfCo’ (Donald Trump and his ‘family’, the cowering and enabling Republican Party, the empowering corporations and lobbying entities and the corrupt, racist actors scattered across the executive branch). I tend to think that DrumpfCo wants an authoritarian oligarchy that would resemble Putin’s Russia and that this ongoing implementation is the most pressing problem. But, I also believe that their arrogance, ignorance, incompetence, hatred and hypocritical vileness will reveal itself on its own (and I think this has been happening for quite some time). I also believe in the goodness of enough Americans that, within a functional system, the obvious racism and malevolence of DrumpfCo’s policies would cost them enough elections that they can’t maintain their political majority. That said, to summarize into an analogy, I’d say DrumpfCo is a symptom of the disease – not the disease itself.

I’m not old enough to have participated in the Civil Rights and Anti-Vietnam War movements (though I spent a lot of time around that era’s organizers and participants during my own organizing days), but I was introduced to the Black Panthers, Malcolm X and the American Indian Movement (AIM) rather young. Almost my entire life of political awareness I’ve known how the FBI persecuted and surveyed Dr Martin Luther King, the rumours and innuendo of them playing a role in Malcolm’s assassination and the roles they played in the executions and incarcerations of the Black Panther and AIM leadership. It could be said that almost all I’ve ever known politically is COINTELPRO.

This leads to my main worry. The blind obedience and effective amnesia of the broadly described ‘#resistance’. I don’t say this out of ‘hate’, but out of sincere concern and critique. To most of the world, the idea of calling into question the legitimacy of America’s internal debate over which CIA or NSA director is the most honest and overflowing with integrity is the joke that it rightfully should be. To those whose outlooks are based upon scrolling through the #resistance twitter-sphere or who’s memories are dictated by American cable news cycles though, you’d think that trusting the same ‘ABC-entities’ and same political parties that created this illness are the solutions that we need. The truth is that they’re primary contributors to the underlying disease that a true resistance needs to address and cure.

I am old enough that I spent the Iraq War counter-protesting military recruitment and organizing against the American policy of supporting occupations, not just in Afghanistan and Iraq, but also in Palestine (Israel could not maintain their violation of UN Resolution 242 {6-Day War borders} without US assistance). As an organizer on one of the largest campuses in America, I would do my best to make sure we didn’t treat the war like it was happening in a vacuum without the media fantasizing and adoring war and the soldiers’ ‘service’, the poverty draft driving the poor into this service, the role of the drug war in maintaining the for-profit prison-police-poverty construct, the importance of demonizing Palestinians to maintain the linguistic order that sanitized the reality of US soldiers killing innocent people for fighting an invading and occupying military force – and without running on anymore – essentially, I’d try to make it clear that it’s the interconnected nature of the ‘system’ that we must resist and work to change; not just single components here and there.

American political parties were bipartisan in their support of the Iraq invasion and are still largely bipartisan in their support of (at minimum) proxy war with Iran by taking Saudi Arabian oil in exchange for giving the Saudi monarchy billions of dollars in financing and weapons. They’re also bipartisan in their support of surveillance on Americans and the world, as well as the expansion of drones and automated systems to kill ‘terrorists’ without risking American life. Neither party has a conscience that prevents them from catering to their own given lobbies’ interest, and both parties and their financiers have more to lose by giving the people the true systematic control necessary to attain the positive outcomes that we generally universally desire (‘life, liberty and the pursuit of happiness’ in American jargon).

I concede upfront that my suggestion will not be the perfect solution that we need; but imperfectly stated, we need new paradigms that guide and direct the functioning of our society. We need new methods by which the people can elect and hold accountable those that they elect. We need new laws that ensure the trillions of dollars stored in offshore tax havens are instead distributed to institutions such as education and arenas of need such as health care. We must modernize the infrastructure so that we eliminate climate change-contributing chemicals and provide jobs that pay a living wage and can’t be exploited overseas. We must redesign our foreign policy so that we can honestly lay claim to an ethical position when speaking against the aggression, oppression and violence of international tyrants and dictators.

Vague as these broad strokes are, they are all more in line with the presumed goals of what I believe we intend when speaking of ‘resisting’ than what is seen in much of the lionizing done in our simplistic public discourse. Saying DrumpfCo is corrupt and dangerous is not mutually exclusive to saying that what has been the bipartisan approach to wars, from the war on poverty to the war on drugs to the war on terrorism (and any others left out) are all failed ‘solutions’.

DrumpfCo thrives in a discombobulating nether-region of obfuscation, omission and straight bullshit; as a member of the resistance since before there was a hashtag to label myself with, we cannot cure our disease by moving into that nether-land. We must apply critical thought to the information we consume and share, avoid attacking each other over nuances on different stances and honest differences of opinion and we cannot get sucked into simplifying the structuring of the new paradigms because of the complexity of creating these necessary new mechanisms.

Personally, I didn’t get my name entered into the NSA database so that I can become a member of the Michael Hayden fan club.