The Metropolitan Police Service has a long, murky and varied history when it comes to institutionalized racism and police brutality. Victims of this state-sanctioned criminality tend to be members of the black, minority and ethnic communities. The response to this issue came to prominence in the 1950s – 80s in the form of both peaceful and violent protests. One of the most notable instances was the Broad Water Farm riots in October of 1985. 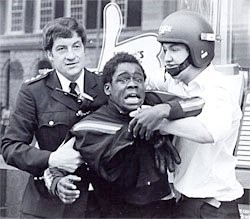 The cause of the Broad Water Farm riots was an incident which would become all too common with the Metropolitan Police service. On the 5th of October 1985, a young black man called Floyd Jarrett was stopped by police whilst in a vehicle with a suspicious tax disc; this led to the young man’s house being raided that same day, and fatefully his middle-aged mother, a lady called Cynthia Jarrett, happened to be home at the time. According to witnesses present in the property, Cynthia Jarrett was violently and ruthlessly pushed to the floor without provocation by Detective Constable Randle which triggered a heart attack resulting in her death. Nothing was found at the address, and Detective Constable Randle naturally denied using any force against Cynthia Jarrett and no one has ever faced charges for her death. 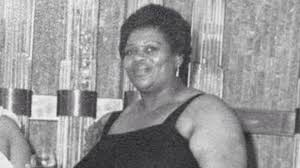 This incident had occurred just one week after another innocent black woman called Cherry Groce (seen below) had been shot in the back by officers during another botched and pointless raid. Cherry Groce spent the rest of her life in a wheel chair and died from her injuries in 2011, no one was ever brought to justice for her shooting. In 2014 Metropolitan Police Commissioner Sir Bernard Hogan Howe apologised for the incident relating to her death. 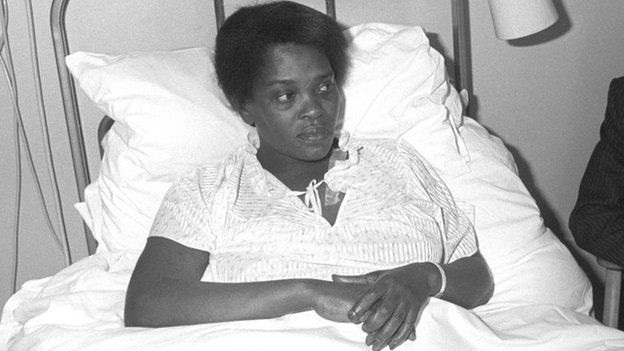 Another more recent example of police brutality was the unprovoked murder of Brazilian electrician Jean Charles De Menezes in July 2005; Mr De Menezes was shot seven times in the head on a tube train by armed police whilst calmly reading a newspaper. 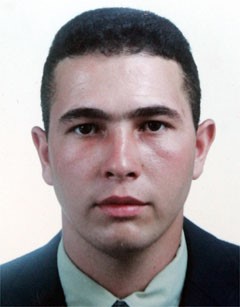 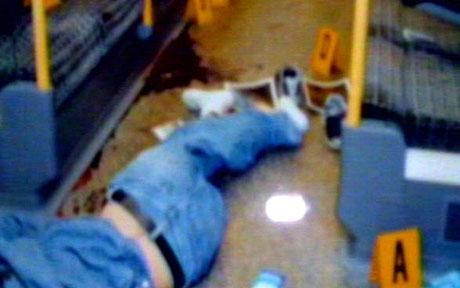 Police claimed that CCTV footage of the shooting was allegedly unavailable due to the cameras being out of order; the firearms officers had mistaken Mr De Menezes for a terror suspect called Osman Hussain who had been on the run after a previous failed terror attack. The De Menezes family accused the police of a cover up, however the police denied this claim but stated later in an inquest that a police officer had missed the suspect leaving the property whilst taking a toilet break and misidentified Mr De Menezes as Hussain Osman which was the fatal error that led to the accidental shooting. The inquest came to a verdict of unlawful killing, but no one has ever been charged or prosecuted for the death of Mr De Menezes. 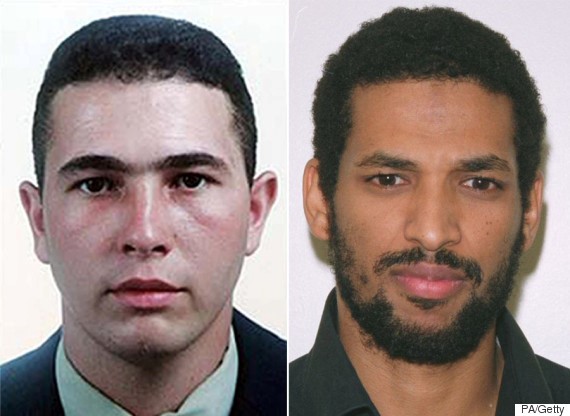 Below is a sample of the frequency of deaths in police custody over the last few years, including death from pursuits, police shootings and other forms of police activity. For a live up to date track of these figures (as they are bound to rise) please visit this link.You can also see deaths in police custody prior to 2015 involving all police forces in England and Wales.

There have been government reports into police brutality and institutionalized racism written by prominent individuals, which included the Scarman report of 1981 and the McPherson report of 1999. Both noted significant failings of the police regarding institutionalized racism and police brutality within the Metropolitan Police. An example of this was the handling of the investigation into the death of Stephen Lawrence. The McPherson report had detailed recommendations regarding stop and search and other issues, however even with recommendations stemming from a government led enquiry, little has changed.  Please see this link for more information regarding the Stephen Lawrence enquiry and the McPherson report. 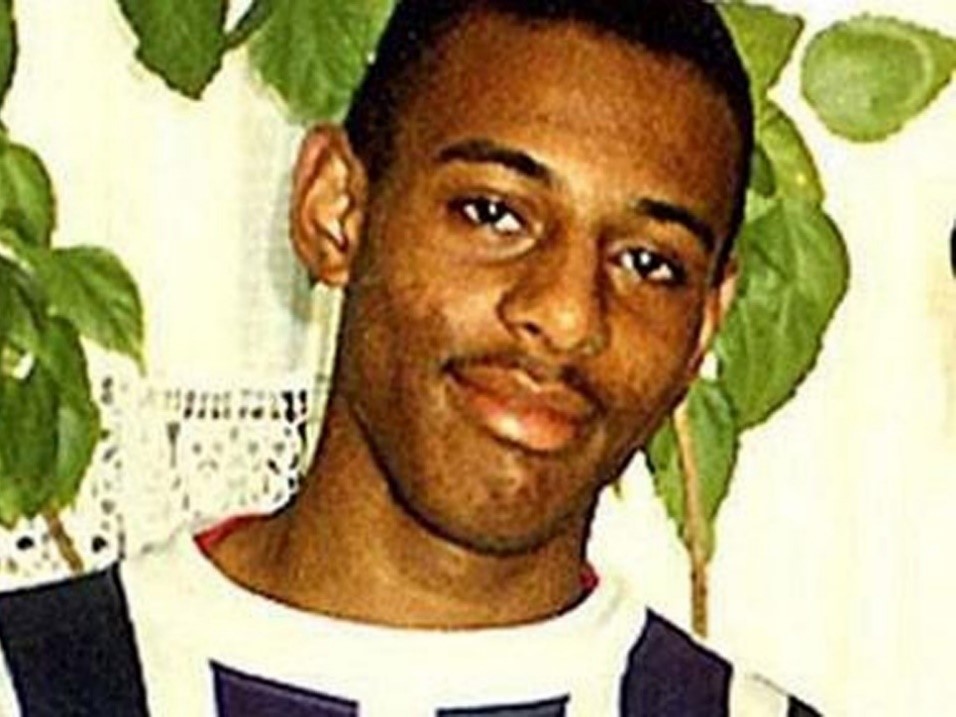 Stephen Lawrence was a young man who was stabbed multiple times at a bus stop by a group of neo-Nazis for simply being black. The police’s initial response and bungled investigation was heavily criticised in the McPherson report of 1999, and this brought the subject of police institutionalized racism and brutality into the public arena for the first time. The report found that crucial evidence in the case was missed because the officers involved spent too much time accusing the friend and witness to Stephen’s murder of committing the act. The police also falsely accused Stephen Lawrence of being a drug dealer and burglar even though Stephen had no prior convictions and was not known to police prior to being murdered. It was down to these early failings which led to three of the murderers escaping justice to this day.

The report also stated that the perpetrators of the murder were able to destroy important evidence which would have resulted in further convictions. Evidence that was collected at the scene of the crime (such as Stephen’s clothing) was left in a disused police cell to deteriorate; however, later advancements in DNA technology allowed two of the five murderers to be convicted for his murder.

Another long running issue between the Metropolitan police and communities within England, Wales and London is stop and search. Young black men are six times more likely to be stopped and searched on London’s streets as shown by this data below: 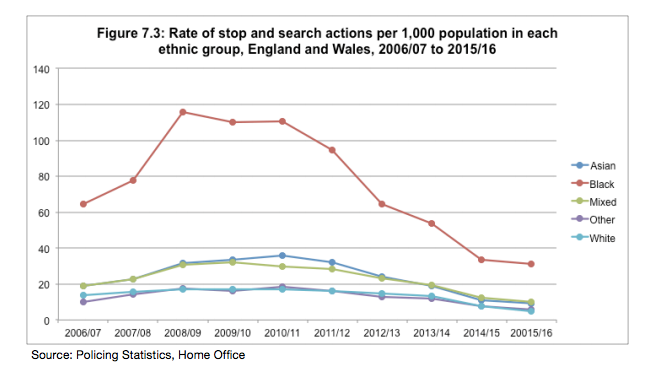 Stop and search is not the issue, it is the way that it’s carried out. This has always been the concern of communities in London and as the current Home Secretary Amber Rudd prepares to increase the use of stop and search there is a concern that this power given to the police will once again be abused by officers with a racial bias. Can the Metropolitan police in 2018 prove that they can be trusted with increased stop and search powers? That remains to be seen.

Before the events of September 11th2001 and the following London terror attacks on July 7th 2005 there had been concerns about the rise of the terror threat in the UK which led to the creation of legislation to combat the threat terrorism posed and still poses. The Terrorism Act 2000 gave certain powers to the police to help combat terror threats. However, after the events of September 11th in America and the subsequent attacks on July 7th in the UK these anti-terror powers were used excessively against the Muslim community. The anti-terror legislation was also being used to detect crimes unrelated to terrorism e.g. theft, and due to these wide spread abuses by police, section 44 of the terrorism act was repealed in 2011. Due to these abuses there has been a long-term effect on Muslim communities where a small minority have been motivated through anger towards committing acts of terrorism.

Section 44 of this act meant that a police officer could search anyone and any vehicle without lawful reason or suspicion which was very similar to the SUS laws of the Pre-PACE act 1984 period, which was also very discriminatory towards the black and ethnic communities.

The bottom line is that the Metropolitan Police Service is an organisation that has been given many opportunities to change and reform but refuse to out of choice. Like a naughty school child, the Police Service must have its powers revoked and suspended so they don’t abuse them. The only way that the organisation can change is through tough consequences and forced government reform; if someone is killed unlawfully then someone should go to prison for murder or manslaughter. The law applies to everyone, and those that enforce it must be the ones to lead by example; if the long running hatred between the Metropolitan Police Service and the communities it serves is not addressed then there will be tough times ahead for all concerned.