This is a personal post from the lady who represents the American branch of Resisting Hate.

(The article, not the meme.) 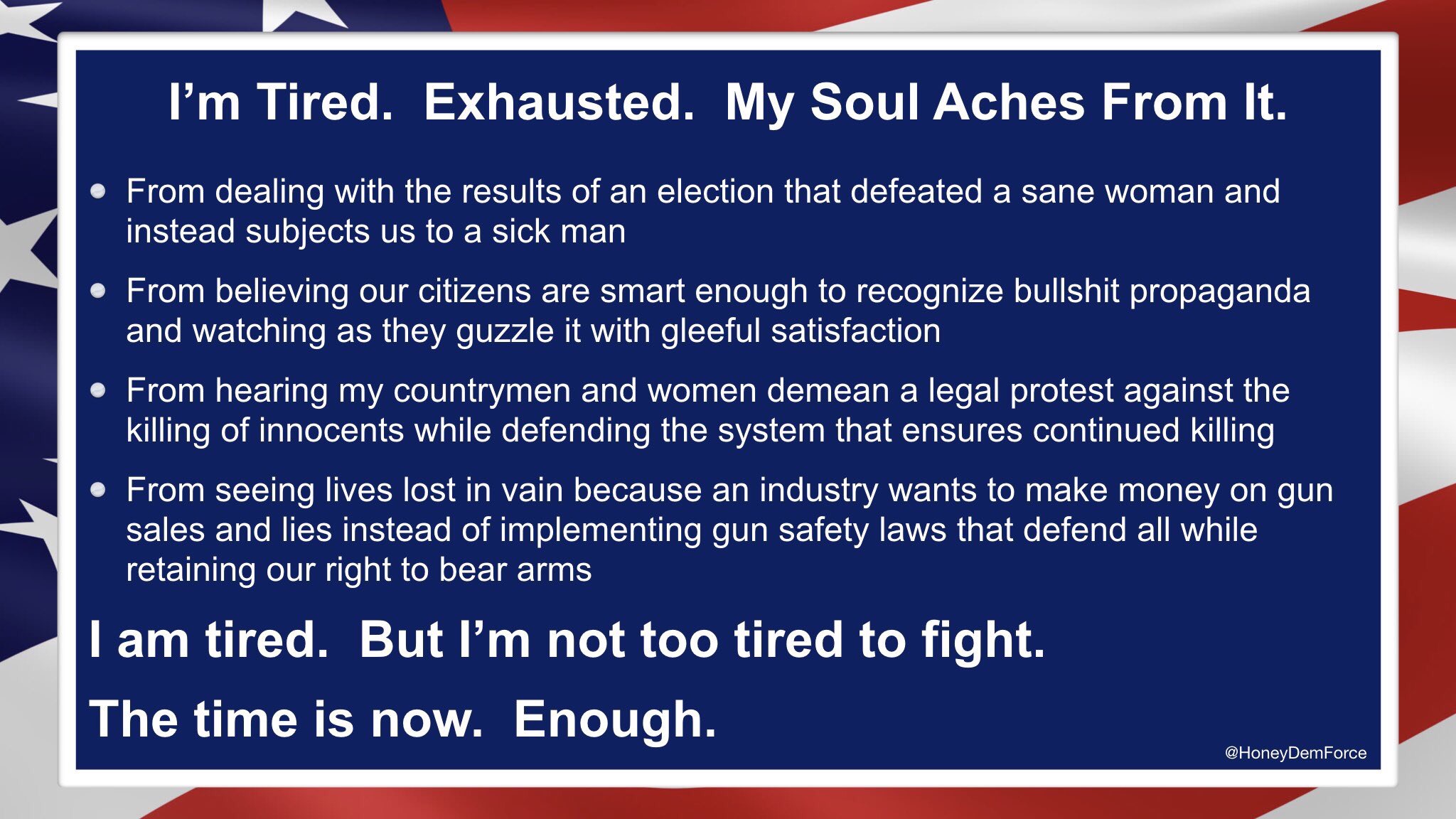 I have never been so involved in politics. Not when I was a lobbyist, not when I was a policy advisor to the Governor, not when I was on the Transition Team or any of the Task Forces working with the Department of Mental Health, TCCY, DCS to respond to crises that came about when they cut 400,000 off Medicaid, or misprinted the IDs for Medicare Part D creating mass chaos and confusion.

Once the “transition” was done (it was a 6 month contract) I trusted that policies would be implemented effectively and felt confident the Obama admin had everything under control.

Trump doesn’t talk about healthcare because he doesn’t bother to read the bills and if he does, he is either lying or lacks the intelligence to understand what they say.

So yeah, I’m back. And I’m mad as hell. I never felt we were in imminent danger before. So if you are tired of seeing my posts simply unfollow. I get paid per word to write and not once have I been accused of posting Fake News.

I’m exhausted, I’m tired and I’m fed up, but I’m not too tired to stop fighting.