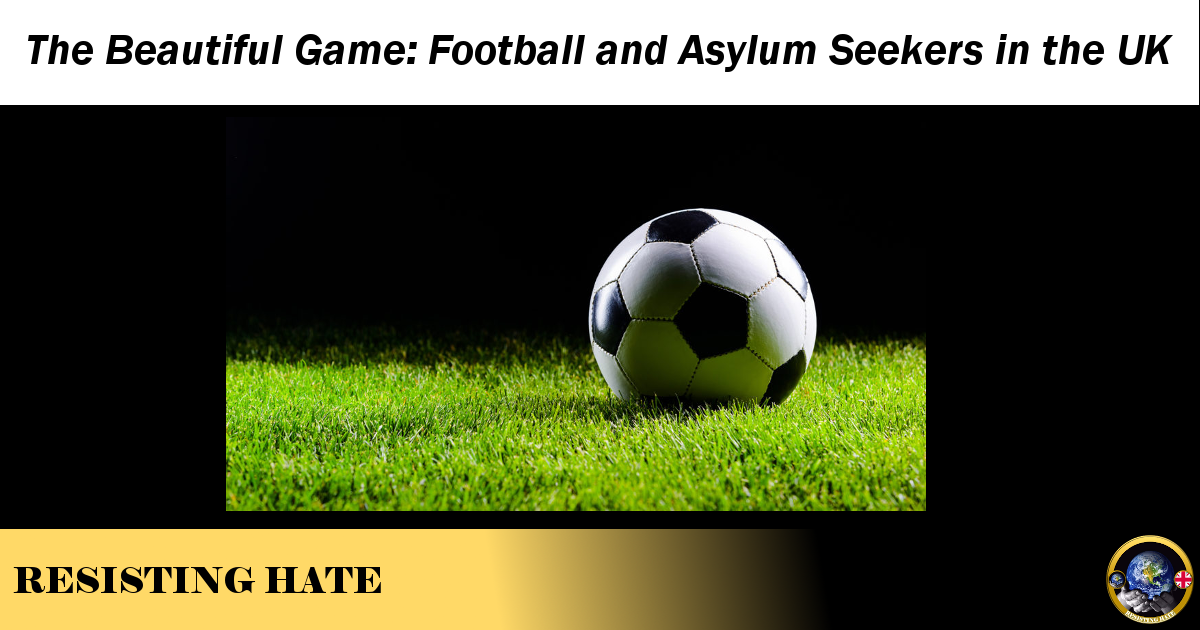 From the outside looking in, the concept of football as ‘beautiful’ is difficult to grasp when considering the scenes of hooliganism that have accompanied some fixtures. As anyone who has ever stepped onto a pitch will know, however, this is not what it means to play football. In recent years, those who have sought asylum in the UK are learning exactly why we call it ‘the beautiful game’.

Contrary to the image often spun by the media, refugees and asylum seekers are not ‘dangerous criminals’, but are in fact fleeing danger in their home countries and seeking the good will and protection of foreign governments – such as the UK’s. By the time a refugee from Syria reaches our shores, for instance, they will more than likely have faced the horrors of war, lost family and friends, gone without food and shelter for extended periods, and at times lost all hope of a better life.

The negative mental effects that these experiences have on refugees are well documented. Psychiatric surveys have recorded post-traumatic stress disorder in 54% of asylum seekers and in 41% of refugees, with many also suffering with severe trauma and depression. The most common mental ailment found in these groups was anxiety, with a staggering 84.6% of asylum seekers struggling with the illness.

Whilst a lot of this anxiety and stress is indeed caused by the harrowing experiences of any forced to flee their country and seek asylum, such problems may be made worse by a failure to properly integrate those who have settled in the UK into British society. Post migratory stresses, complications with the application processes for British citizenship and separation from family members all contribute to higher rates of PTSD and depression amongst asylum seekers than other categories of refugee. Being prevented from working is possibly the most important of these factors; not only does employment provide ample opportunity for the forging of new relationships and the learning of the local language, but more importantly it can be a huge source of confidence.

It is deeply upsetting that many asylum seekers living in the UK today do not feel the same sense of ‘belonging’, ‘community’ or ‘home’ as we do when thinking about ourselves as British citizens. Indeed, in the wake of the last few years of ‘hostile environment’ approaches to immigration policy, it is a wholly embarrassing state of affairs that we have allowed the suffering of the most vulnerable in society to continue beyond their entry into the country.

Though not the institutional response that is required by this crisis, football has proven to have a transcendental effect on the lives of asylum seekers. In a similar way to a job, playing football in any capacity with a group allows for friendships to form and for language barriers to be broken down. Moreover, physical exercise is a well-known countermeasure against depression and other mental illness.

Though children and adults alike across the country may take a kick-about down the park for granted, this can be a huge boost for the mental wellbeing of refugees and asylum seekers. Whether in a Sunday league or in a more informal set-up, acceptance and integration into any kind of team can prove transformational. One Congolese asylum seeker commented that sport helps to ‘break up the misery you feel at that particular time’ by keeping you physically, mentally and socially active.

The Sheffield-based organisation Football Unites, Racism Divides (FURD) is just one of many which run informal training sessions for refugees and asylum seekers, and it has been doing so since 1996. All expenses are covered for each session, and a hot meal is provided for all. For many young asylum seekers who have only recently entered the country, sessions such as these will be their first opportunity to meet a new social group of their age. Moreover, as many of the coaches at FURD were once refugees themselves, an empathetic connection is more immediately formed as the staff can appreciate the gravity of the players’ experiences in a way few others will ever be able to.

Football undoubtedly has the potential to provide asylum seekers with an incredible avenue for proper integration into British society, though presently only charitable initiatives have been set up to serve this purpose. Meanwhile, however, the government persists in its alienation of the vulnerable and infirm, making monsters of those who relive their own personal horrors every day. Rather than persisting in peddling the ‘hostile environment’ of recent years, it is time for governments to accept their responsibility to properly look after those who have fled from terror into their care. Though it is unknown if or when such efforts will be made towards the proper integration of asylum seekers into British society, it can be guaranteed that one way or another the beautiful game will continue to make the lives of those who play it just a little bit brighter.

Harry Sanders is a content writer for the Immigration Advice Service, an organisation of immigration solicitors that provide free legal support to asylum seekers.