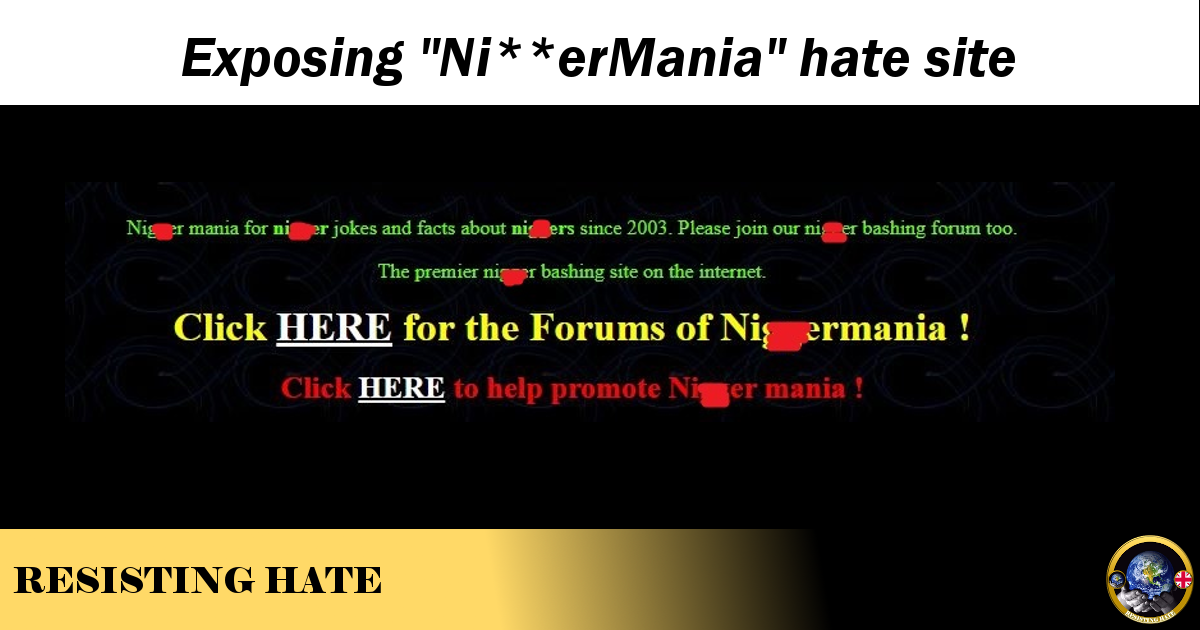 Warning – This article contains some extremely offensive language and imagery. It is necessary to highlight this material in order to call for it to be removed from the internet but we prefer to warn our readers when we highlight something as revolting as this.

It is no secret that the internet has caused haters of all types to feel as if they have much more power. Now, far from simply gathering in cow fields around a burning cross, they can post their feelings about minority races, women, and LGBT online and reach an expansive audience, often consisting of
young people whose minds are easy to manipulate.

The most notable of all hate sites, Stormfront, takes this a step further by operating as a forum which enables anyone to sign up and express their views in a community of like-minded racist scum.

Niggermania is another website in this tradition of online hate. Like Stormfront, it operates as a forum allowing anyone to post. The main difference is that, as the name might suggest, Niggermania is relatively narrow in its hate, restricting the abuse to those of African descent (but occasionally targeting other black racial groups such as the Aboriginal Australians), and often claiming that they are open to ‘humans’ of other races, since they make a distinction between ‘niggers’ and ‘humans’ (even though there is only one human race, Homo sapiens).

This is an example of how the users of this forum feel about black people:

There are a variety of subforums incorporated in this one website. One forum is dedicated to ‘coontacts’, the name used for any encounter (mosty fabricated) with a black person, usually involving either a black person behaving in an antisocial way or the member in question refusing to interact or being aggressive towards black people. (And they want us to believe it’s the black guy’s fault?)

Other subforums include ‘Uppity Niggers’ (dedicated to prominent black entertainers, politicians, etc.) and ‘Nigger Mating’ (a particularly strange one, as why would they spend so much time looking at it if it disgusts them so much?).

There are also no fewer than FOUR sections dedicated to racist comments toward Barack Obama and his family. These are all frequently combined with discussions about ‘solving the problem’ of black people in the community and discussions of the ‘science’ which is made up to fit their agenda, claiming black people are not human and are ‘less evolved’.

There is no supporting evidence to support what the Niggermaniacs believe. The Out-of-Africa theory of human evolution means that the ancestors of all humans alive today were black. They are not ‘less evolved’, either, as evolution is a natural process over time. Black people are also no closer
genetically to chimpanzees or other apes than their white counterparts. All humans are apes and we all share 98% of our DNA with chimpanzees.

These are some more examples of the hatred on the website ‘Nixxermania’.

Now this article is published, I expect that Resisting Hate will be targeted with comments denouncing us as ‘nigger lovers’ and ‘libtards’ just because we do not accept the hate that is being vomited out by this website on a daily basis.