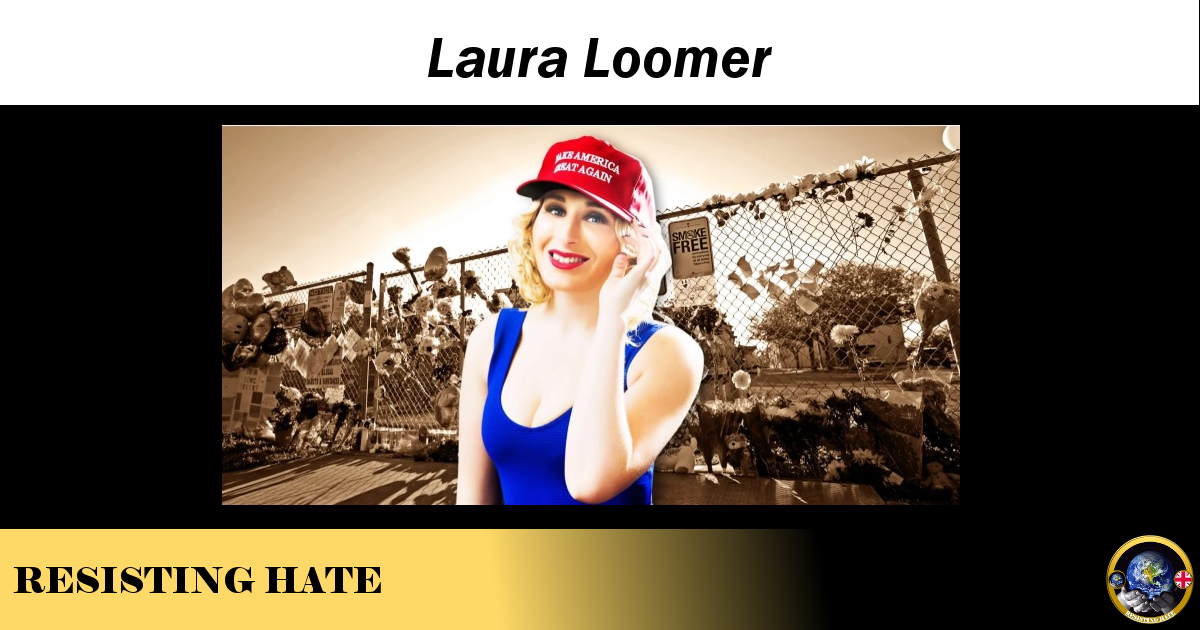 Laura Loomer is an aspiring American political candidate. Unfortunately for her she is also an Islamophobe with a history of being affiliated with far right outlet Rebel Media. Rebel Media run by Ezra Levant is perhaps best known for employing ‘journalists’ Tommy Robinson and Katie Hopkins. Such associations make it clear that Rebel Media is only interested in employees with a biased far right wing agenda.

Due to her extremist opinions, Loomer is banned across most of the mainstream social media platforms including Twitter, Instagram and Facebook. She has also been banned from pay site PayPal and fund raising site GoFundMe. The Twitter ban particularly stung as Loomer had 260,000 followers at the time of suspension. Ms Loomer was in fact so incensed at losing her Twitter account that (in August 2018) she chained herself to Twitter HQ in protest at losing her account. Police (who had no idea who she was) eventually cut her free.

In 2017 Loomer was banned from Uber for posting on social media that she as late for a conference due to not being able to find a taxi not being driven by a Muslim taxi driver. Uber, who evidently do not share Laura Loomer’s prejudices, subsequently banned her from using their services.

Wikipedia reports that further to her social media accounts spreading lies about Muslims;

Loomer has promoted a number of conspiracy theories, mostly related to mass shootings. She has falsely insinuated that school shootings in Santa Fe, Texas, and Parkland, Florida, were staged, and that the 2017 Las Vegas mass shooter was affiliated with ISIS.