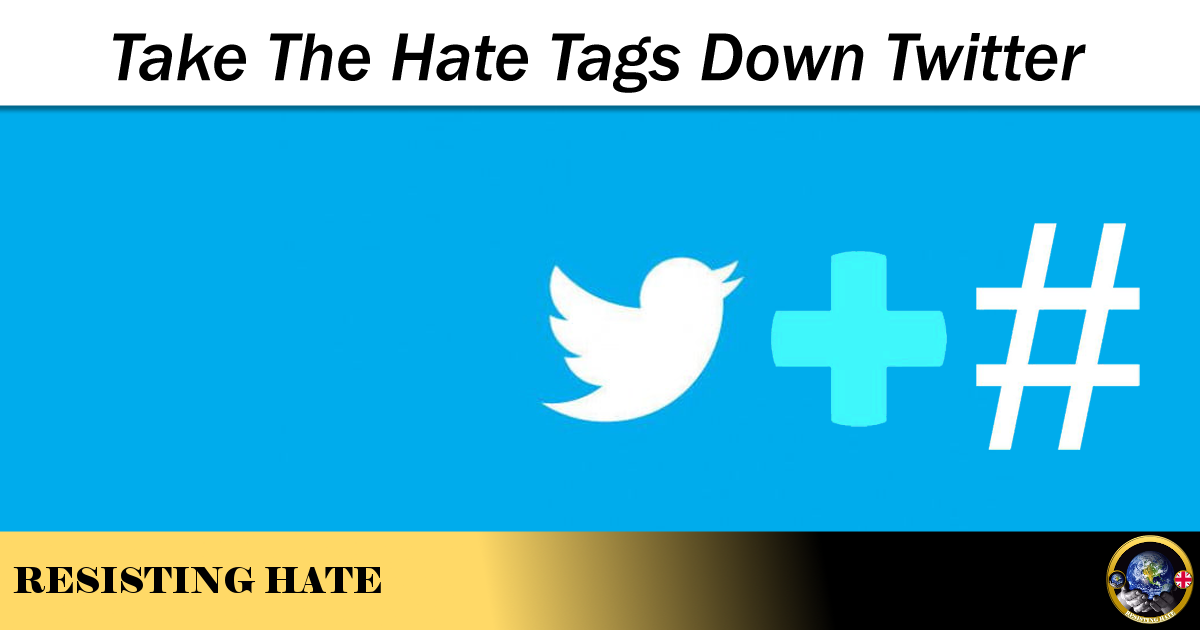 If I drew you a graph of my faith in humanity you would see during the last twenty four hours a nose dive broadly comparable to the crash of the pound a few hours after Brexit. Just when as co founder of an anti hate group I had started to think I had seen it all along comes a new way for human beings to be vile to one another.

The online hate started late Friday evening with a hash tag on Twitter entitled #howtomakeamovieislamic. Within a few hours the Islamophobic sentiment had spread to #howtomakeasongislamic and as I write neither show any sign of abating or slowing down.

The principle of the “how to make” hash tag is not uncommon to Twitter. Similar tags rely on using a play on words to link to an established stereotype or simply making an out and out pun. The difference with these two hash tags is that they have gone way beyond the usual formula to be used as a vehicle for hate speech and Islamophobia.

Examples of the hate being posted include “jokes” about beheadings, bombing, child brides, terrorism, paedophilia, Islamic clothing choices and domestic violence. In addition to this there have also been some truly appalling pictures posted including a man being burned alive, several graphic beheadings (some involving children) and imagery of rape victims.

The stock response when the posters of this hate have been challenged by ourselves and others has been to argue back that they have a right to free speech. They have been most emphatic that in posting their pictures and making their jokes they are exercising this right to free speech and they believe they have every right to do so. Technically, providing they do not overstep the boundary of incitement to violence they are correct, they do have a right to free speech. But hate speech is not free speech, it does not set people free. It stigmatises them and chains them to stereotypes that create divisions within communities. How can speech be free if the end result is to shackle others?

The haters have also attempted to justify their prolific use of the hate tag with the view that Islam warrants this level of abuse. There has been a good deal of confusion with a high number of the posters being unable or unwilling to differentiate between Islam and ISIS. The anger at the terrorist atrocities of ISIS are evident on the tag and if the tag had been titled #makeamovieISIS there would not have been a problem. Any rational free thinking person does condemn the atrocities perpetuated by terrorist organisations. The issue of course is that ISIS do not represent the overwhelming majority of the Muslim population. ISIS have an active population of around 30,000 people.* There are estimated to be between 1.6 and 1.8 billion practising Muslims in the world. It makes no sense at all to assume that this fractional minority act on behalf of the entire faith. ISIS may well deserve this hate, the practitioners of Islam do not.

Some of the less reactionary posters on the hate tag have argued that it is important that religion be open to criticism. I absolutely agree with this. All faiths should be open to discussion and debate. There is however a difference between reasoned discussion and mocking abuse. Posting film title jokes like “Four beheadings and a rape” does not even come close to discussion or debate. It is a mindless insult simply designed to offend.

I was told personally that my group would not mind the hate tag if it was directed at any faith other than Islam (slightly bizarre as I do not practise the Islamic faith). This is entirely incorrect. It echoes the mentality that a person cannot simultaneously respect multiple faiths and this goes against our belief that in order to be effective in fighting hate against one community you need to be free of hate toward all other communities. I can assure our critics we would have been just as much up in arms if any other faith had been singled out for this targeted abuse.

The big question of course is where is Twitter during all the chaos erupting on its platform? Predictably lying low as usual. Twitter’s lack of ability/willingness to react to hate speech has been a major frustration for many of us who are constantly reporting extremist accounts only to find no reaction has been taken. The last 24 hours have clearly shown that Twitter doesn’t give a toss about the people using its services. It was within their power to stop this backlash of abuse and yet again they have done nothing about it.

One poster to the hate tag took umbrage at my criticism. “It’s only Twitter,” he replied (sullenly), “It’s not real life…” But there lies the problem. It is real life. Hate posters may be behind a computer but they are still real people, attacking other real people and putting very real hate into the world. It isn’t enough to say Twitter isn’t real life. It doesn’t excuse people who choose to press send and put that hate into the world. And it doesn’t make the people on the receiving end of the hate hurt any less.