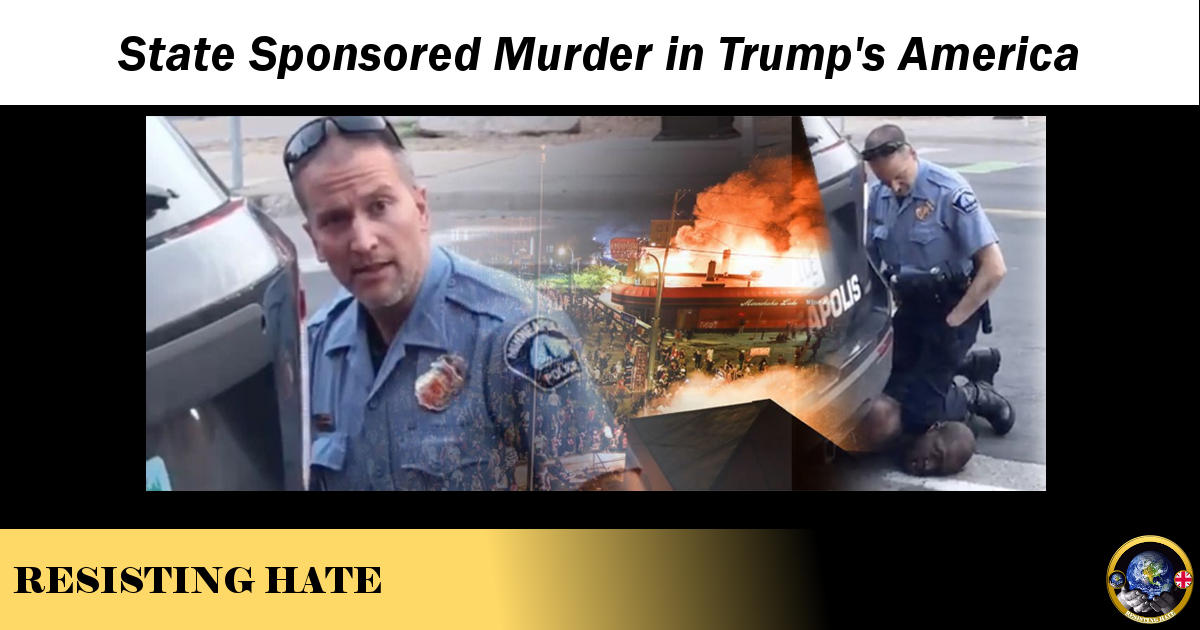 On the 25th of May in the American state of Minnesota a 46-year-old African American male now known
to the world as George Floyd was accused and alleged to have had counterfeit currency in his
possession. There is NO proof to suggest that the currency was fake, and no investigation was
carried out due to Mr Floyd being brutally murdered at the hands of police moments later.

Looking at the image above it can clearly be seen that George Floyd is in extreme pain. We can see that
he is being attended to by one of the officers in the image but, due to the angle, we cannot see
what the officer is doing. We can see that only one officer was restraining Mr Floyd which suggests
that Floyd was of low risk to officers and not resisting arrest. So why was Mr Floyd in pain?

What were the officer’s intentions?

It can be seen in this image the officer is kneeling on the neck of Mr Floyd. Mr Floyd has
already been handcuffed, complying with officers, and is lying prone on the ground. We can see that
officer Derek Chauvin has his hands in his pockets which shows he was relaxed, not
struggling with Mr Floyd and clearly did not have any fear of Floyd at that time.

In the image above it is evident that Mr Floyd has a strained facial expression and is fighting for his life. His airway was restricted and even when Mr Floyd stated that he could not breathe the officer still continued to apply pressure using his knee.

Derek Chauvin was fired shortly afterwards along with three other officers from the Minneapolis Police Department.

It has been reported that both George Floyd and Derek Chauvin worked at a local nightclub called the El Nuevo Rodeo club where they worked as security guards as recently as last year. Just to clarify,
Derek Chauvin was working as an off-duty security guard at the club for over ten years. Police
officers in some American states can work security jobs to increase their income. George
Floyd had only been working at the club for a short while, providing security for African American
Events at the club.

The image above shows Derek Chauvin at the scene on the left and his mugshot after arrest on the right.

Chauvin has since been charged with 3rd-degree murder and manslaughter and set a Bail bond of
$500,000. His wife filed for divorce. However this has not been the only incident of concern that this former officer has reputedly been involved in. In 2006 and 2008 there were investigations into his conduct, albeit with both cases finding in Chauvin’s favour.

But one question remains, could he have been stopped before he committed this atrocity and what part did the state and the culture of America play in this senseless loss of life?

This is a national crisis and at these times people look to their elected leaders for guidance, hope,
unity, justice and comfort but in the unfortunate case of the United States they got:

But worst of all it was this tweet below, sent by the so called leader of the free world. This
divisive and racist tweet had a chilling message not heard since the civil rights era of the 1960s. It
was so extreme that it was censored by Twitter for glorifying violence.

The history of the term: “When the looting starts the shooting starts.” dates back to a genuine quote from 1967 when the Police chief of Miami Walter Headley threatened Black civil rights members with being shot if they marched. Donald Trump later claimed that he did not know where this term originated from but decided to use it anyway.

There has been a strong response to the murder of George Floyd with marches
and protests all over the United States. The death of Floyd has justifiably led to a serious state of civil unrest in America. All colours, creeds and backgrounds have come together to protest one of the worst states sponsored criminal injustices caught on camera in American history.

Above is a mural in memory of George Floyd featuring his last words.

Murders committed by the police have become all too common in both the United States and in the
The United Kingdom. It was pure luck that this incident was captured on camera. Just think of the
countless black men who have died in police custody, alone and at the hands of the racist, hateful
police officers without a camera present.

How many murderers and killers in uniform are there? How many are walking the streets?

This event must act as a force for change so George Floyd’s death brings about a better world where black lives can truly be said to matter.

I hope I am wrong, but I feel that unless America elects a president who refuses to legitimise white supremacy and reject hate and division this state sponsored violence is likely to continue. Police officers in America and the UK need to realize that they are supporters of their community, not warriors.

Every Country, especially America and the United Kingdom should remember the 2013 protests in Ukraine, which resulted in a civil war. What happened in Ukraine can happen anywhere.

Please watch this video below and please, if you see police taking action against a person of colour, film it if you can. Let us all hold police accountable for their actions and ensure they treat black people no differently to the way they treat anybody else.