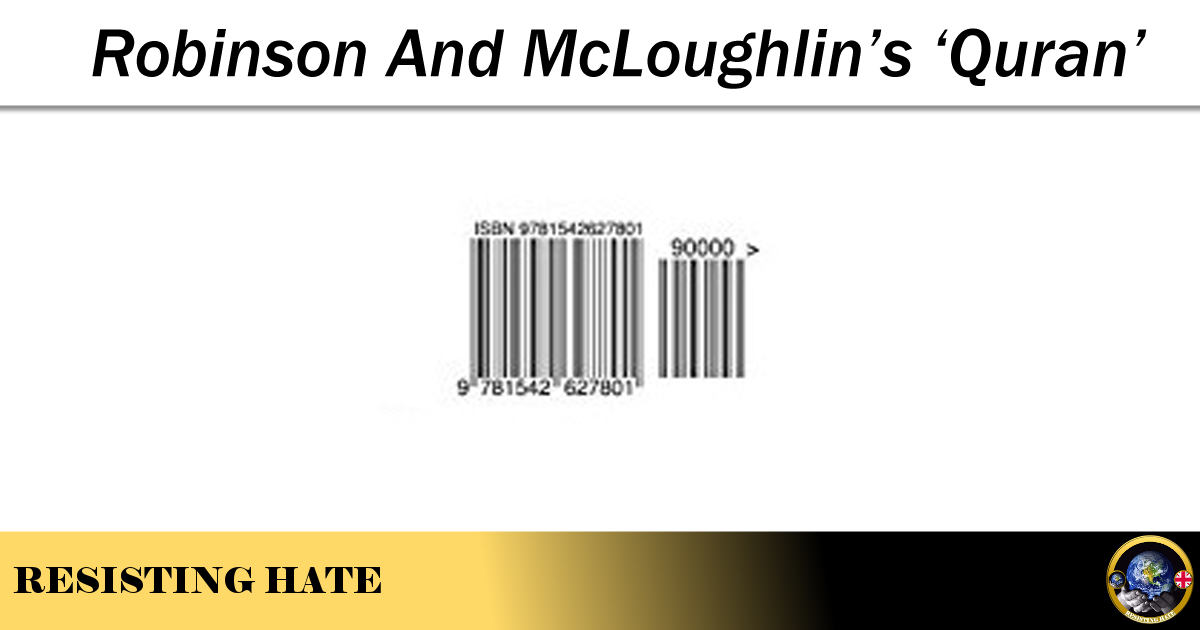 If you wanted to read a layman’s guide to the Quran chances are you would expect that guide to be written by a knowledgable Muslim scholar or Imam, somebody with a good understanding and personal experience of the faith.

You would perhaps be as sceptical as we are to hear of a book entitled ‘Muhammad’s Koran’ written not by a practising Muslim but by a duo of non Islam practising individuals, known publicly for their Islamophobic views.  The publicity claim that with this book you can “understand the Quran in minutes not months,” does nothing to enhance the credibility of this dubious piece.

Peter McCloughlin is the author of “Easy Meat.” The intro to his book on Amazon reads:  Peter McLoughlin spent years believing the Leftist narrative, namely it was ‘a racist myth’ that organised Muslim groups in Britain and the Netherlands (‘grooming gangs’) were luring white schoolgirls into a life of prostitution. This sets the tone for what is essentially a long, self indulgent whine about Muslims in the UK.

We thought this review summed it up the best:

Tommy Robinson, ex leader of the EDL has been written about by us here and here. He has been arrested on numerous occasions for ‘threatening, abusive or insulting behaviour’ (and other crimes including mortgage fraud) and his association with Pegida UK is indicative of his personal antipathy toward the religion of Islam.

If ever two wannabe authors were more likely to bungle a discussion on the Quran it is these two.

We can’t work out from the Amazon site if this book has actually been released or not. It only has 2 reviews (one of which acknowledges they haven’t actually read the book) but the site says it is out of print and we couldn’t find an option to buy for the kindle (not that we actually planned to buy this xenophobic bilge lol). However should you come across it be warned, this will be Robinson and McLoughlin’s usual biased Muslim hating rubbish and about as academic as an Enid Blyton book.

15 thoughts on “Robinson and McLoughlin’s ‘Quran’”