A concerned member of the public has brought to our attention some very troubling issues of racism and race hate linked to Halifax RLFC.

Ben Johnston has also tweeted in support of Islamophobic extremist ex convict convicted fraudster Stephen Yaxley-Lennon offering support and commenting he believes Robinson (known for his hate views and association with the far right and Islamophobic EDL, PegidaUK and Britain First) to be a ‘hero’. He publicly acknowledges he is a “massive fan” of Robinson. 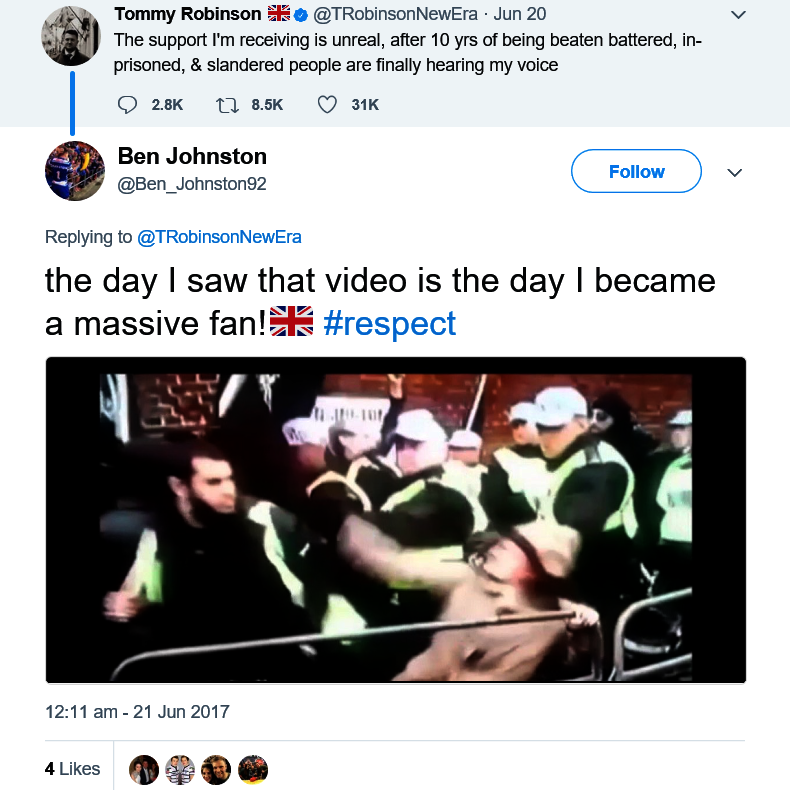 Ben Johnson has tweeted hate speech against the religion of Islam, using the words “The peaceful religion strikes again” with the clear intention to link the peaceful members of a world faith to the atrocities of terrorism. 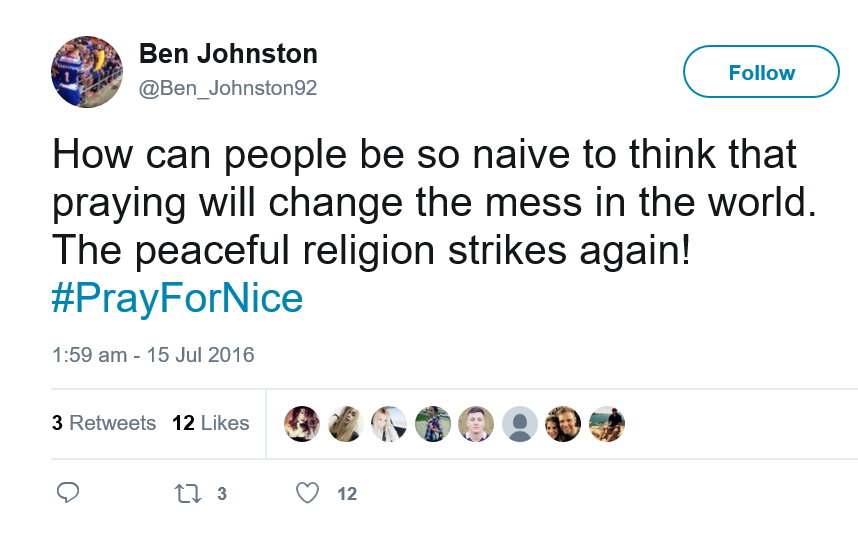 Johnston also tweeted in support of a National Front / Northwest Infidels anti-Asylum seeker protest in Widnes, supported by another Halifax player who shares some of Mr Johnstone’s repugnant views, Stephen Tyrer (@styrer89), the post originating from notorious racist tweeter David Jones (@DavidJo52951945) who tweeted about asylum seekers “Brits don’t want them here“.
In addition to his bigoted rhetoric against Muslims Tyrer has also put out threatening tweets about traveller communities in the UK. 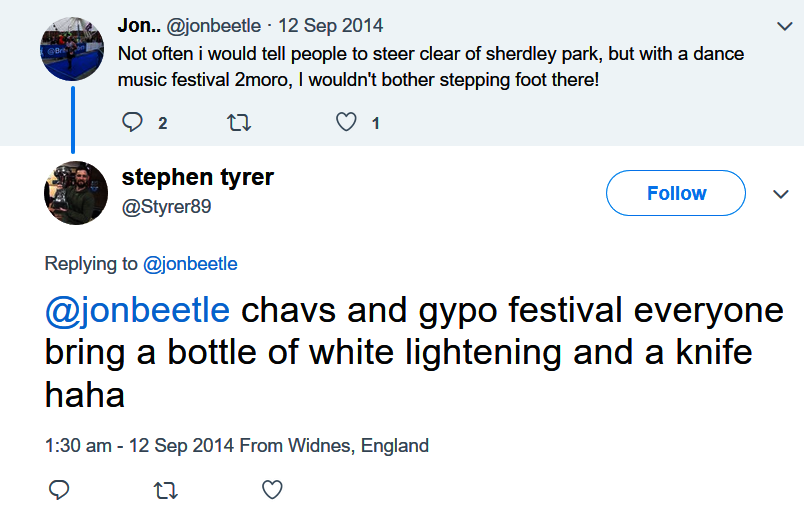 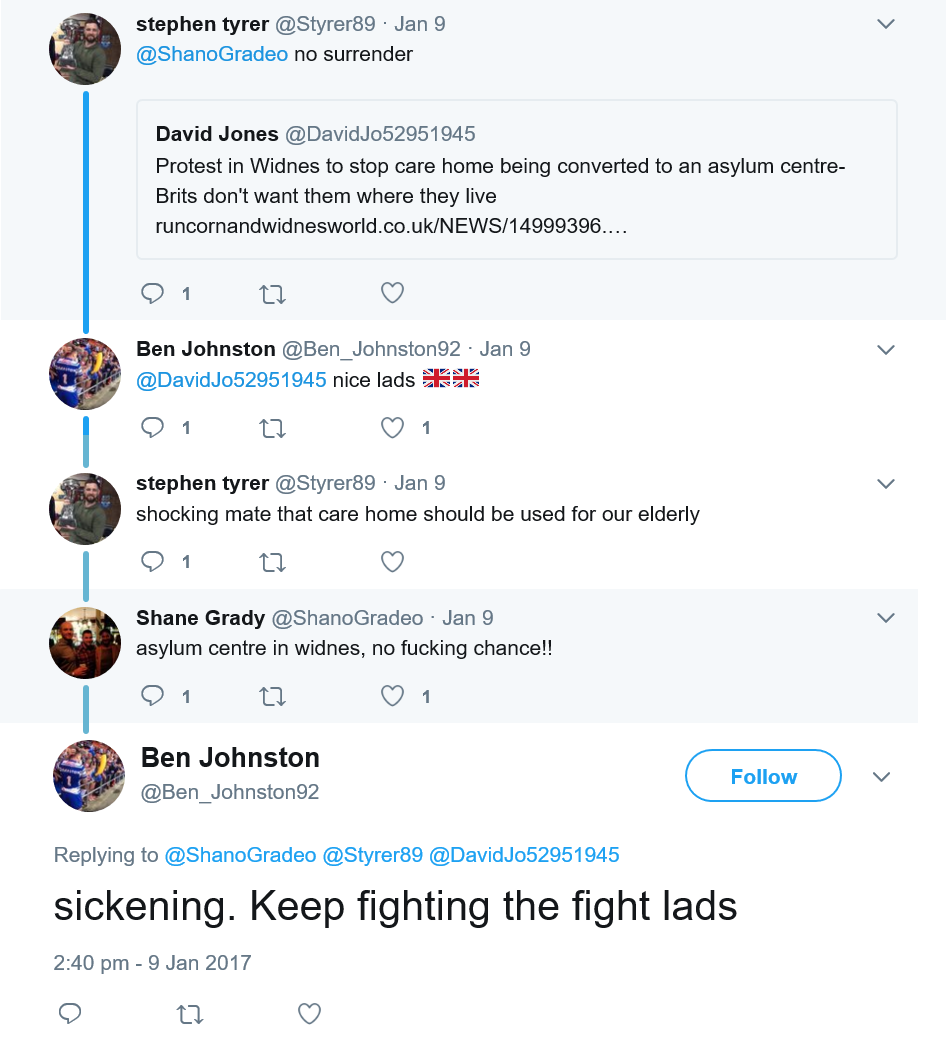 It is abhorrent when any member of the public expresses views of hate and discrimination but it becomes more dangerous when done by celebrities or sports figures as these are people who carry a good deal of influence, particularly with young people. This kind of twisted thinking can warp the minds of our young and indoctrinate them into vile and prejudiced beliefs that will have negative consequences for the innocent people who are the subject of this kind of targeted hate.

We call upon Halifax RLFC to take this evidence of hate speech seriously and to investigate a matter that is bringing not just their members but their whole organisation into disrepute.