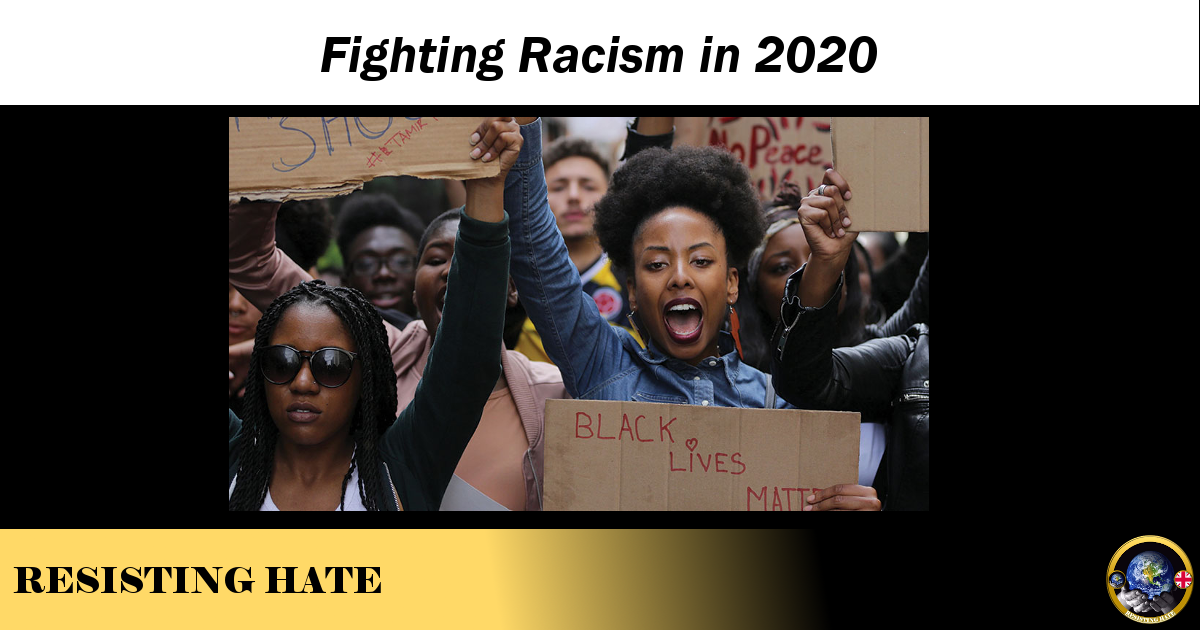 Do you think racism is more of a problem today than it was in the 1980s?

I think the racism we are seeing today is very different to the racism of the 1980s. Being labelled a racist has a lot more stigma attached to it than it did 30 years ago and that has made a lot of overt racists go underground. Companies have equality procedures which are designed to encourage diversity. However the underlying prejudices still exist and I would not be surprised if at the grass roots level applications for jobs are still being binned if the applicant has a black or Asian sounding name. I think it is this insidious culture that lurks beneath the sanitised professional front that needs addressing as a matter of priority.

But equally, while racism in the mainstream has become more stigmatised, racism on the internet has become much less so. We see people openly affirming their status as a ‘racist’ now and who are proud to hold divisive and offensive views based on the colour of a person’s skin. Back in the eighties it was hard for these extremists to find each other and they tended to converge in very small groups or keep their opinions to themselves. With the evolution of social media it is becoming easier and easier for racists to find one another. This has led to bigger groups of people coming together to share their extremist views which presents a greater threat than the football hooliganism racists of the 1980s.

How do you think things got so out of control?

The inability of social media to police itself has been a concern to everyone involved in anti hate work. We are very slowly seeing the likes of You Tube and Facebook acknowledging the issues on their platforms but usually this is just with very high profile figures and when they are shamed into it by the media.

I believe the catalyst for all this hate lies with the mismanagement of the Conservative government. Widespread poverty and job scarcities have led to a growing frustration in the British public.  The hijacking of the 2016 referendum by Nigel Farage gave people an outlet for their anger and a scapegoat to blame for a society that everybody recognises has gone slowly downhill over the last ten years. The fact that Farage was incorrectly placing the blame with immigrants rather than the shameful elitist capitalism of the governing Tories is a concern. The fact that people believed Farage is a serious concern. It was through this misdirection of what was a very genuine anger and frustration that we saw racism start to make a comeback.

What are the main things you would like to see put in place to combat racism?

The problem at the root of rising racism is social media. Initially it was the mainstream social media platforms like Facebook, Twitter, Instagram and You Tube. What we are now finding is haters are moving to more obscure platforms where there is less risk of being suspended for spouting their nonsense.

The trouble is that the new platforms being used are even less regulated than the mainstream platforms and some even use their refusal to suspend haters as a selling point. The platforms that currently concern Resisting Hate are Parler, Gab, Telegram, Bitchute, VK and DLive. The most problematic is Bitchute which allows the posting of radicalising Nazi videos with the ability to warp young minds.

Do you think the government are doing enough to tackle racism?

Given we have a Prime Minister who refers to Muslim ladies as letterboxes then no, I don’t think they are doing enough. The only way to get the government engaged enough to want to stop hate speech is to get the general public aware enough of what extremists are doing to children and the vulnerable. That is one of the things Resisting Hate are trying to do, raise awareness of what is actually going on in the dark corners of the internet in the hope that people will want to stop it escalating.

Do you think the police understand hate crime and know how to react to it?

I made a complaint myself to my local police last year and they were very honest in that they didn’t have a clue how cyber crime works. I even had to explain the function of a VPN to them. Massive underfunding, cuts to officer numbers and the lightning fast changes to technology over the last 20 years have left us with a police force that is totally inadequate when it comes to dealing with online hate crime.

The other problem I noticed was the fact they don’t seem to understand which force should be dealing with the crime. Apparently it is the force in the district where the ‘hater presses send’. But it gets confusing for all involved. Better accountability would be to deal with cyber crime at point of source rather than passing around different forces.

Do you think changes to the political landscape will help reverse racism?

Massively, yes. We should see that idiot in the White House removed from office in late 2020 and hopefully jailed in 2021. Trump was the great white hope of white supremacists and he has failed entirely as a president. It will be a long time before someone with similar views climbs that high in politics again. Hopefully his failure and foolishness have encouraged people to find better, non racist, role models.

Where do you see the issues of racism in ten years time?

I have great faith in the new generation. Kids today are more enlightened than ever. Role models like Malala and Greta Thunberg are helping raise awareness of issues that matter. It is important to remember that racists are still very much on the margins of society and our schools and universities educate children properly in the values of equality and diversity that will help build a better country.

I think the next generation will change the world for the better.