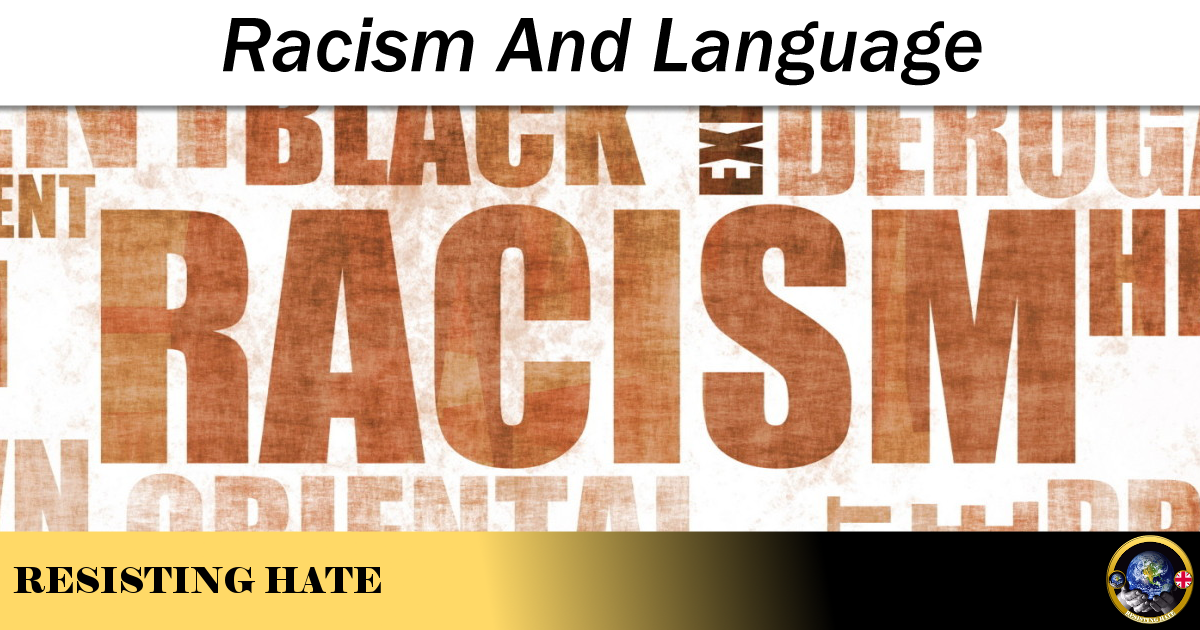 The concept of whether words are harmful or not is one of the contentions in the free speech debate. Those who support free speech defend their perceived right to employ the language they feel entitled to use. For these people the view is often that words only cause offence if people choose to take offence. Their position on linguistics is that words are simply just words.

But language is more complex than a reductionist theory of linguistics would suggest. We do not use language in a vacuum. When we use a word we are not just using it to signify a single concept or a single meaning, we have to consider the history, the origins and the current colloquial usage of the word.

I’ll give a specific example. I was asked by an individual on social media why I felt the ‘P’ word was offensive. His argument was that the word was simply a contraction of the term Pakistani individual in the same way that ‘Brit’ is a contraction of the term British individual. As such he saw no difference between the two terms and failed to appreciate why the ‘P’ word is considered socially unacceptable but ‘Brit’ is employed in everyday language.

The answer is that the words have evolved nuances over time that bring an underlying and implied meaning to their usage. The ‘P’ word may well have originated as a contraction of the term Pakistani but the word has been socially employed as a racist term to insult and abuse people of Asian (or Asian looking) origin and this cultural and historical usage cannot be divorced from the word’s original meaning. If I use the ‘P’ word you know that I know the evolved meaning of the word and you know I have chosen to use that word within this context. It is therefore a fair assumption that if I do use the word I am using it in a manner concordant with these pejorative overtones. Simply put – I intend to offend, therefore the word is offensive.

An interesting counter example to this would be when a word has disassociated itself from its origins. There is some debate as to the roots of the term ‘nitty gritty’ but some linguists believe it to be either a slang term deriving from the French word ‘nigritique’ used to refer to the Black and Creole populations in the 18th century or a noun used to describe the detritus at the bottom of slavery ships. If either of these definitions were ever true they have long fallen out of public memory and the term is now employed by many people (including myself) in full ignorance of any racial connotations. This phrase is not offensive even if it was initially intended to be because the colloquial usage has changed. There is no intent to offend, therefore there is no offence meant or taken.

Language can change meaning over time naturally but it can also have a meaning deliberately altered for positive or negative purposes. One of the best examples of this is the LGBT community and their reclaiming of the word ‘queer.’ ‘Queer’ was initially used as a homophobic term of offense but the gay community took back the word by giving it positive associations and now the term can be legitimately employed in reference to a gay person without fear of prejudice.

The real hot potato though is the N word. This is contentious not so much for its meaning (the N word is pretty much universally agreed to be taboo) but for who should be allowed to use it. Politician Diane Abbott made the headlines this week for using the word on morning television and was met with both condemnation and applause for doing so. Her supporters claimed that as a Woman of Colour Ms Abbott was entitled to use the word (particularly in relation to the fact she was directly referencing some of the shameful racial abuse she has been forced to endure). Her detractors stated that the word is offensive, regardless of who is using it and Ms Abbott has no place to be using such language before the watershed on television.

The N word is problematic because it falls neatly into neither of the situations that the ‘P’ word or ‘queer’ do. In the case of the ‘P’ word the Pakistani community are (in general) not trying to sanitise it. It is an insult, they don’t use it and nor do non Pakistanis (except racists who want to give offence). Problem solved. In the case of the word ‘queer’ not only the LGBT community use it but everybody uses it now as a term washed clean of the insulting overtones. But with the ‘N’ word the suggestion is that the word is not racist when used by a Person of Colour but it is racist when used by a white person. Linguistically this makes for a stickier wicket.

Are we allowing prejudice to flourish when we say a word is racist when used by one community but acceptable when used by another. Is it a racist term or isn’t it? Can a word with so many decades of negative hate connotations actually ever be reclaimed? Is it a racist act in itself to segregate linguistics based on skin colour?

As a white woman it is impossible to set aside the white privilege that I have benefitted by. We white people need to own and acknowledge this. It is a reprehensible but true fact that the colour of our skin has given us unfair advantages. I cannot dissociate myself from this when considering the use of the ‘N’ word. It feels wrong to demand an equal right to use it. It feels I am trying to obtain even more white privilege. I have no good grounds for asking for that right. It also feels wrong to ask People of Colour not to use it. Why should they not have the right to reclaim this word used so offensively to abuse them?

But equally, the concept of different rights for different communities doesn’t sit well with my beliefs about equality.

There is no simple way to resolve this conundrum. Language will continue to evolve and, within the next 50 years, we may see the ‘N’ word enter the common vernacular or we may see it disappear from use altogether.

I stand by my view that language is more complicated than “words are just words.”

4 thoughts on “Racism And Language”