Sue Hall, is a popular textile artist regularly exhibited, who tweets hate towards the London Mayor, and shares bigotry with neo-nazis without any of her fans worldwide realising the depth of hate espoused by her horrific views.  Looking at her tweets, there are even Muslim fans of her textile exhibits, sadly unaware she is a white supremacist Islamophobe who wants all Muslims to leave the UK.
Renowned Cheshire-based textile artist Sue Hall is an active far right extremist on Twitter who regularly interacts with neo-Nazi Mark Collett, white supremacist “Peter Sweden”, and the leaders of Britain First, plus profilic twitter bigot David Vance with whom she exchanges hate tweets every other day.  Many of her tweets are also spreading bile towards Muslims and there are numerous white supremacist, anti-black, anti-immigrant, and anti-transgender tweets in addition on her account.
Sue receives backing and support from many public arts organisations and venues which happily exhibit her work, despite the fact she tweets extreme hate against Muslims.  This is absolutely galling, and the public urgently needs to be informed of her appallingly discriminatory views.  She is not fit to receive any arts sponsorship or funding, while she uses social media platforms to openly support acts of mass-murder and genocide against Muslims. 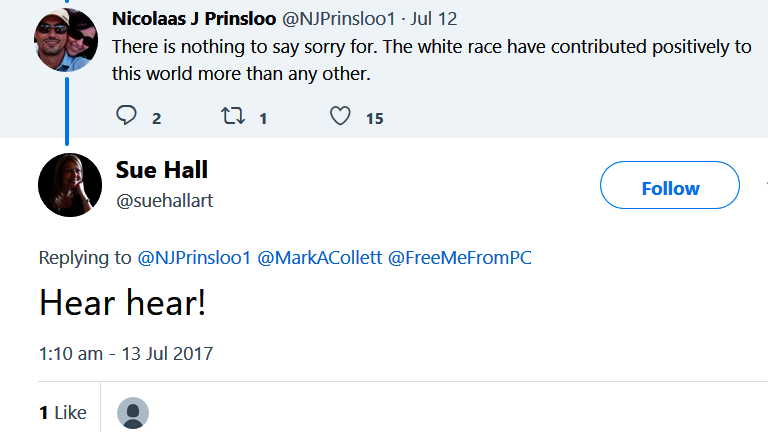 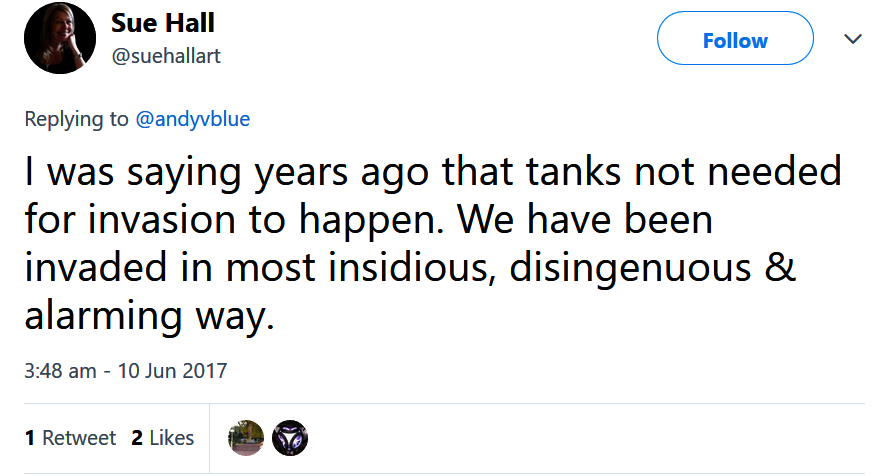 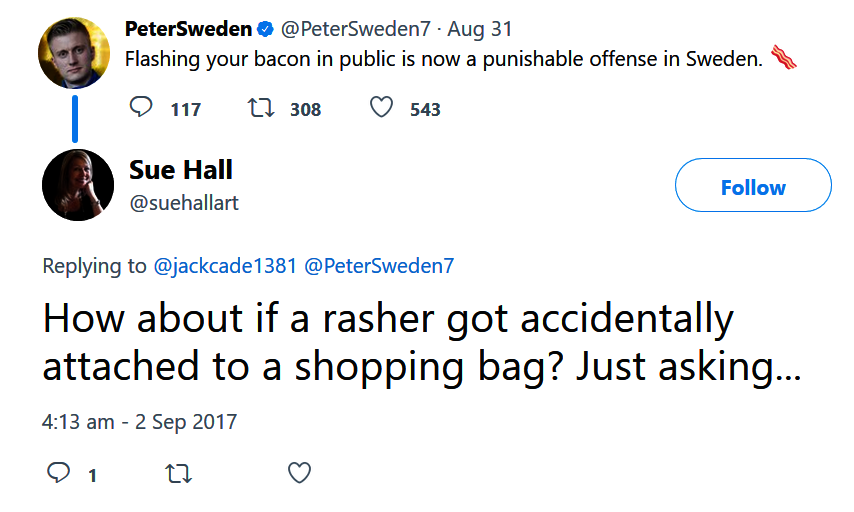 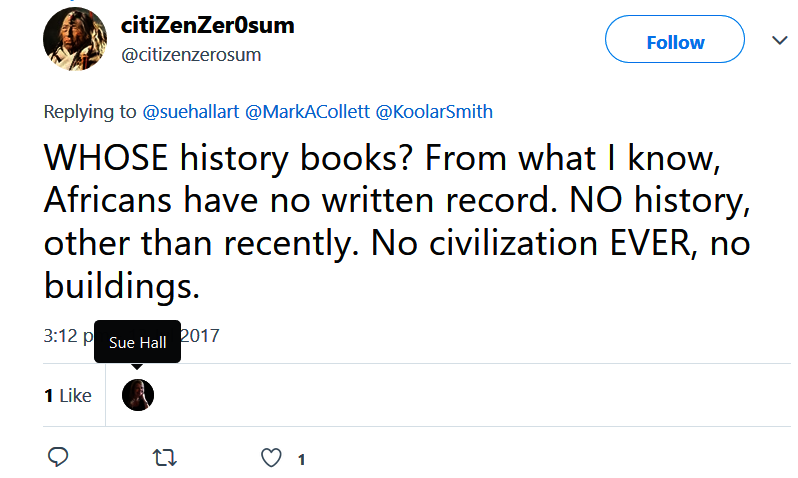 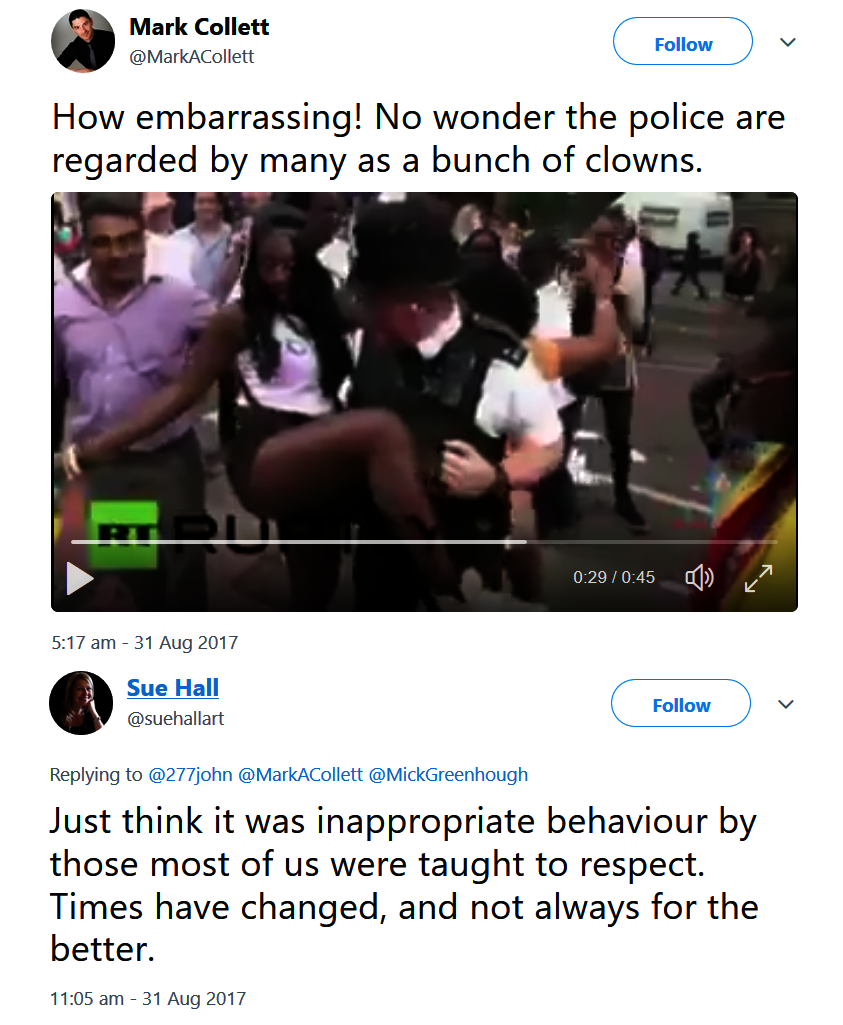 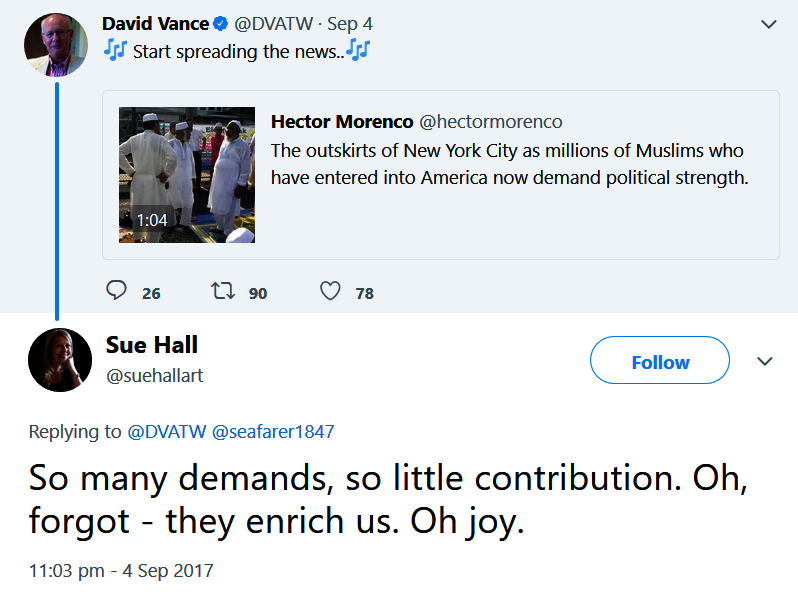 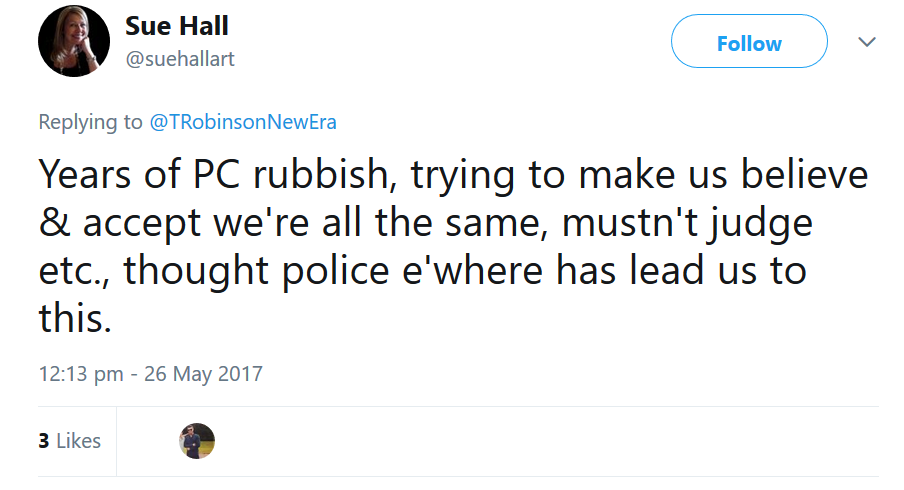 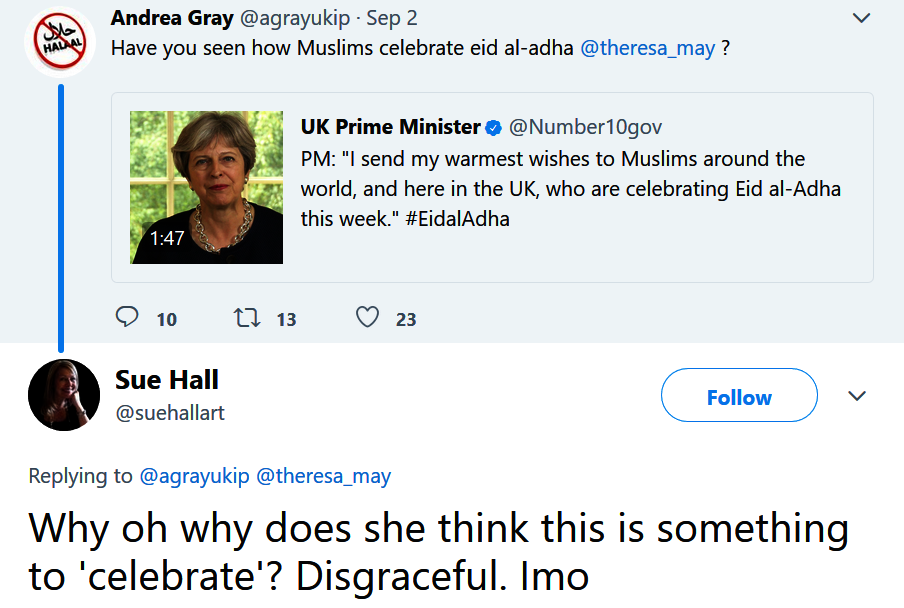 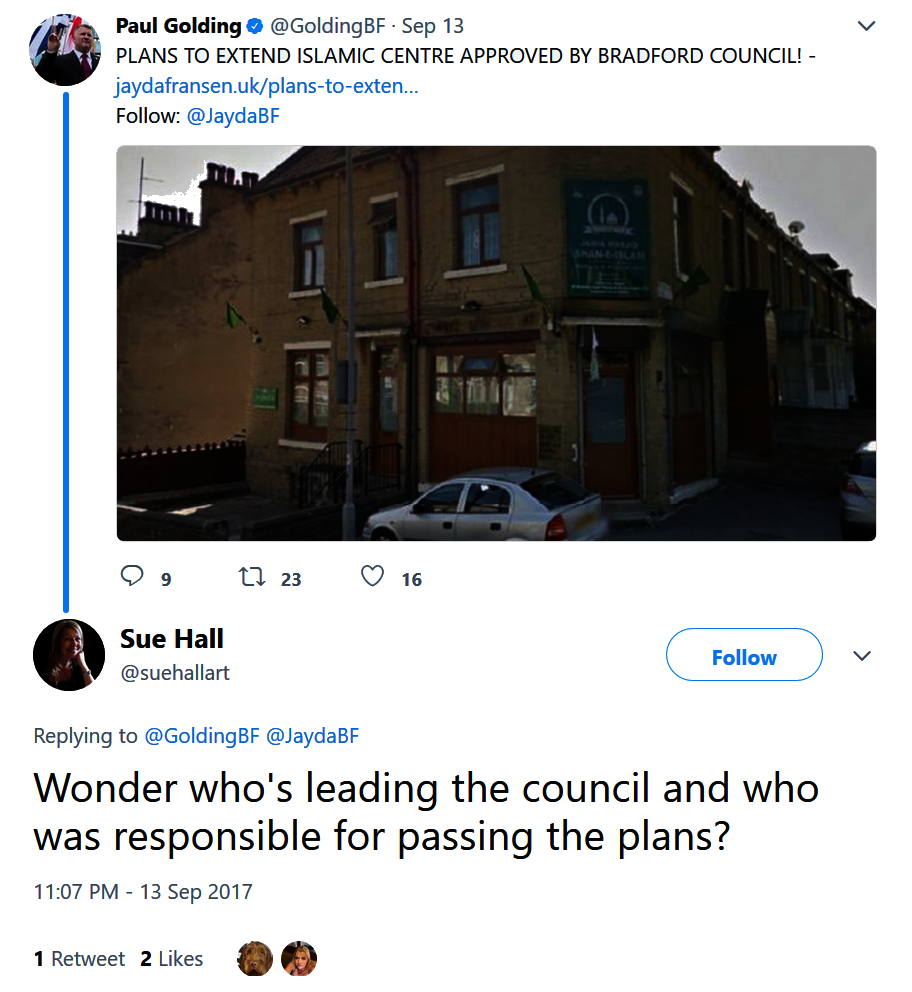 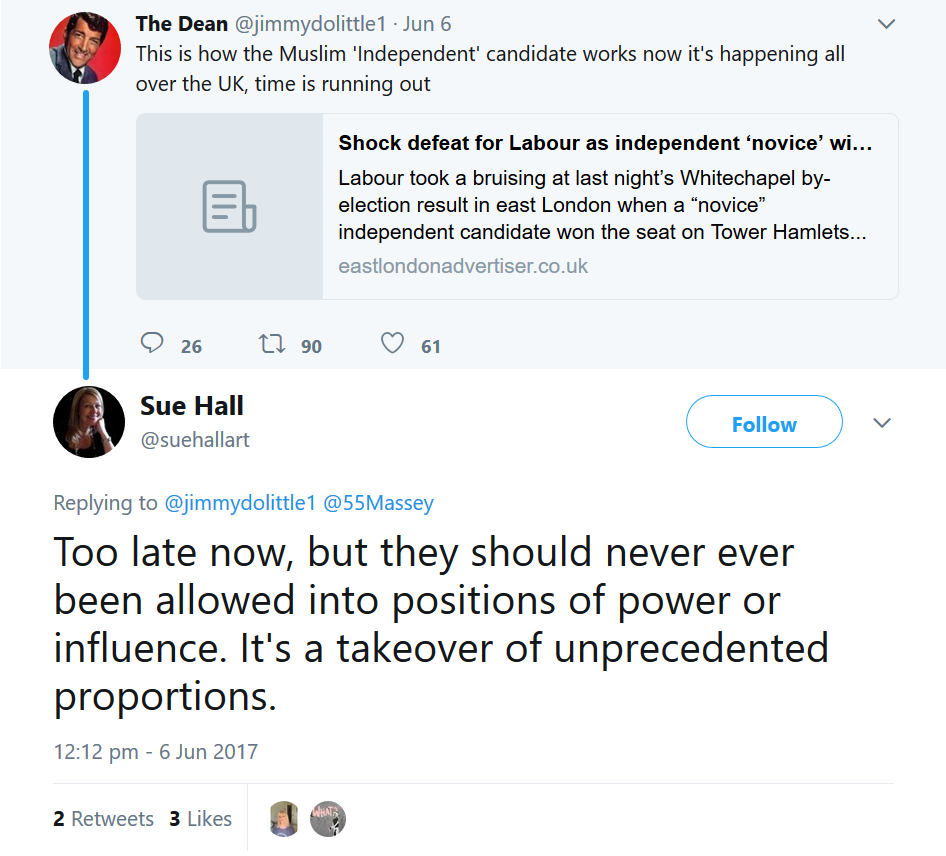 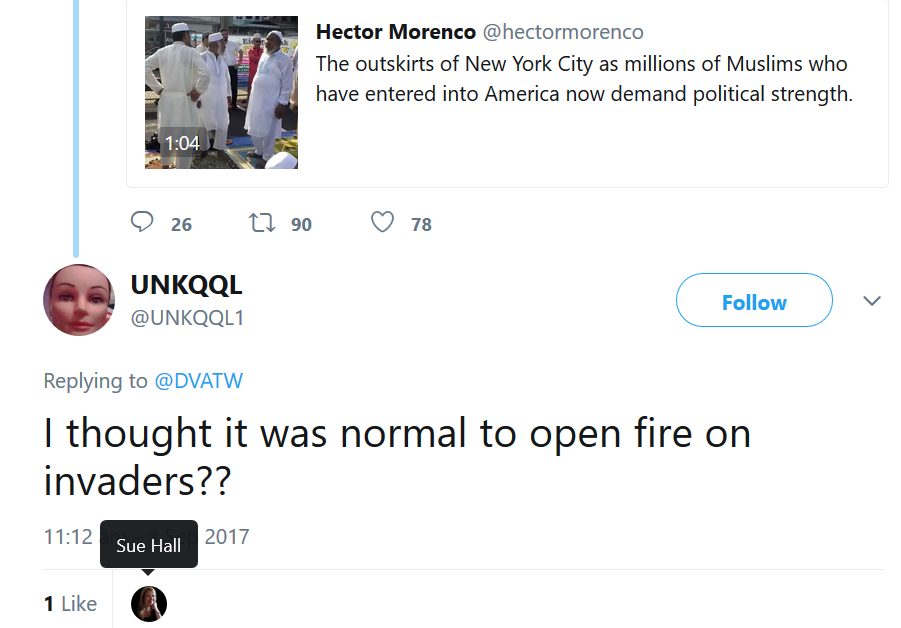