As a follow up to my article on the right wing hate group “Britain First” I thought I’d do one on some of their prominent members.

Firstly, I thought I’d go for the top (if “top” is possible when dealing with them)……Paul Golding.

Paul Anthony Golding, is a 35 year old criminal with a colourful history. (Normally I’d shy away from saying “criminal” but in his case it is 1. True and 2. Needs to be remembered.

Originally Paul Golding was a member of the National Front from the tender age of 16. Notably he was the idiot who got drunk and turned up to the cenotaph with a pair of women’s knickers on his head…..such respect from someone who via Britain First says they support the armed forces……he later claimed that someone else put them on his head and he immediately took them off…..but taking a look at the photo he doesn’t seem to be looking like he is in any hurry to take them off. 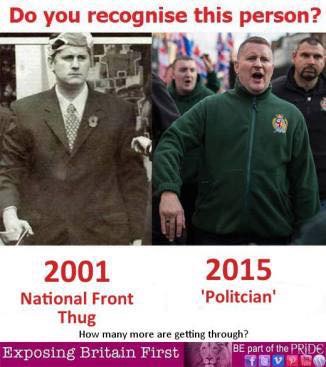 In 2009, Paul Golding was elected to Sevenoaks District Council after winning the only British National Party seat in Southeast England outside London. As well as being the Communications Officer for the BNP, he then went on to stand as the BNP candidate for Sevenoaks in the 2010 general election where he received an impressive (😂😂) 2.8% of the votes cast. Paul Golding was briefly expelled from the BNP for attacking their only ethnic minority candidate.

It says a lot about him that when he resigned from the position on the District Council in 2011, the Labour councillor for St Mary’s Ward said that he only attended 3 meetings that year and that with him gone they can get on with their work……such dedication.

He then went on to join Jim Dowson (I will write about this fascinating individual separately…..but he ran the BNP call centre in Belfast and is…if possible….more foul than Golding) who had started a new organisation after getting the boot himself following an allegations that he had “groped a female BNP activist”. 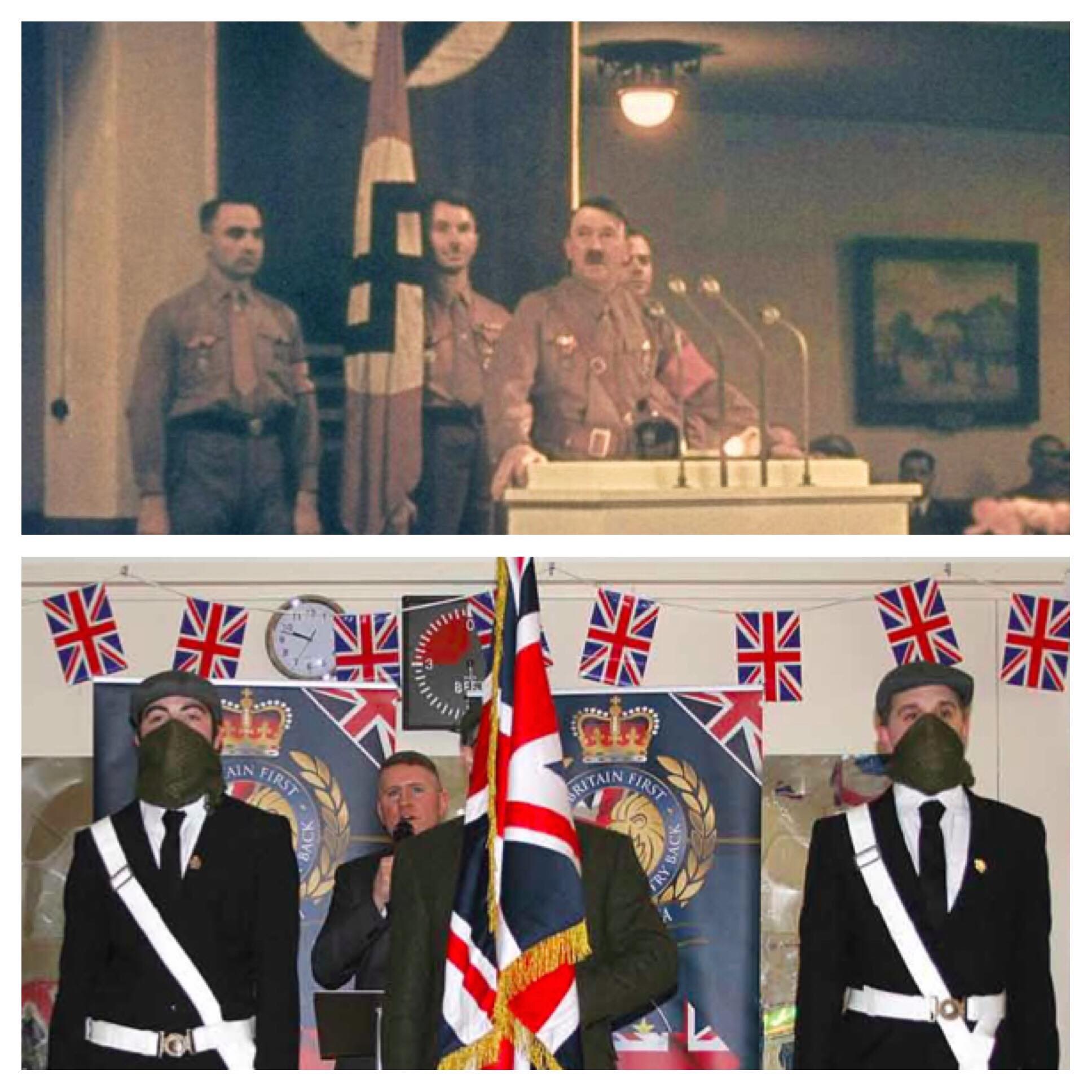 Anyhow, that is how Golding found himself to be in the group “Britain First”. Since their inception they have tried to distance themselves from groups like the EDL and British National Party. It was seen during documentaries about them that Jayda was sent scurrying about, telling people to take off their EDL beanie hats. What this did show however, was that there is a significant cross over between the EDL, NF and other groups together with Britain First.

Furthermore as someone with a couple of “mole” accounts within these groups on Facebook, I see a lot of people crossing over and sharing from many groups including the National Front, New British Union and the EDL….including central members of Britain First, from their Security, Admin and regulars on their “days of action”. 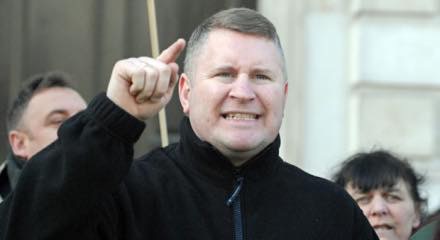 Paul Golding has grown the Britain First brand and network from membership (£20 a year…you get a badge to prove you’re an ignorant fool…or £120 for a lifetime membership – bear in mind these people do get regular reminders to donate more and more as time goes by. “We need a new camera”, “need £5000 for legal fees”, “need £5000 for a new activist LandRover” etc) to merchandise like a £25 hoodie where you find that a number of complaints have been made by people who haven’t received their items. 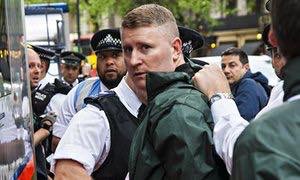 Now, in November last year he “stood down for a period of 6 months while he dealt with family matters”….placing Jayda Fransen in the driving seat. Now, it seems that in the end the stand down was because he knew that he would be going to prison and if that happened there would have been a power vacuum. He has since been released from prison and immediately took his place back at the helm of Britain First.

Britain First have registered themselves as a political party and have stood in elections however they have never actually succeeded at being elected: 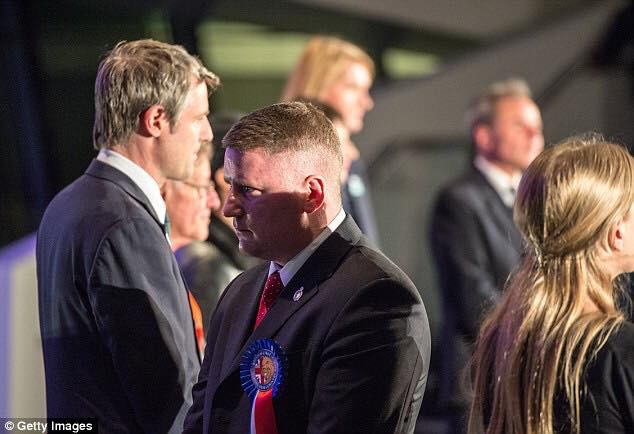 So, to sum it all up, I will just say this. Paul Golding is a nasty little man who has a proven track record of giving abuse to people for their skin/religion/nationality for at least the last 19 years and I don’t see that changing any time soon. Furthermore, rather than being the “brains” of the Britain First outfit, he seems to be a placeholder. Someone who is great to have as a figurehead while they work out how to distance themselves and stay removed from groups like the EDL, but also someone who is also easily influenced and also seems to be a tad naive…..I will expand on that when I do a piece on Jayda Fransen. 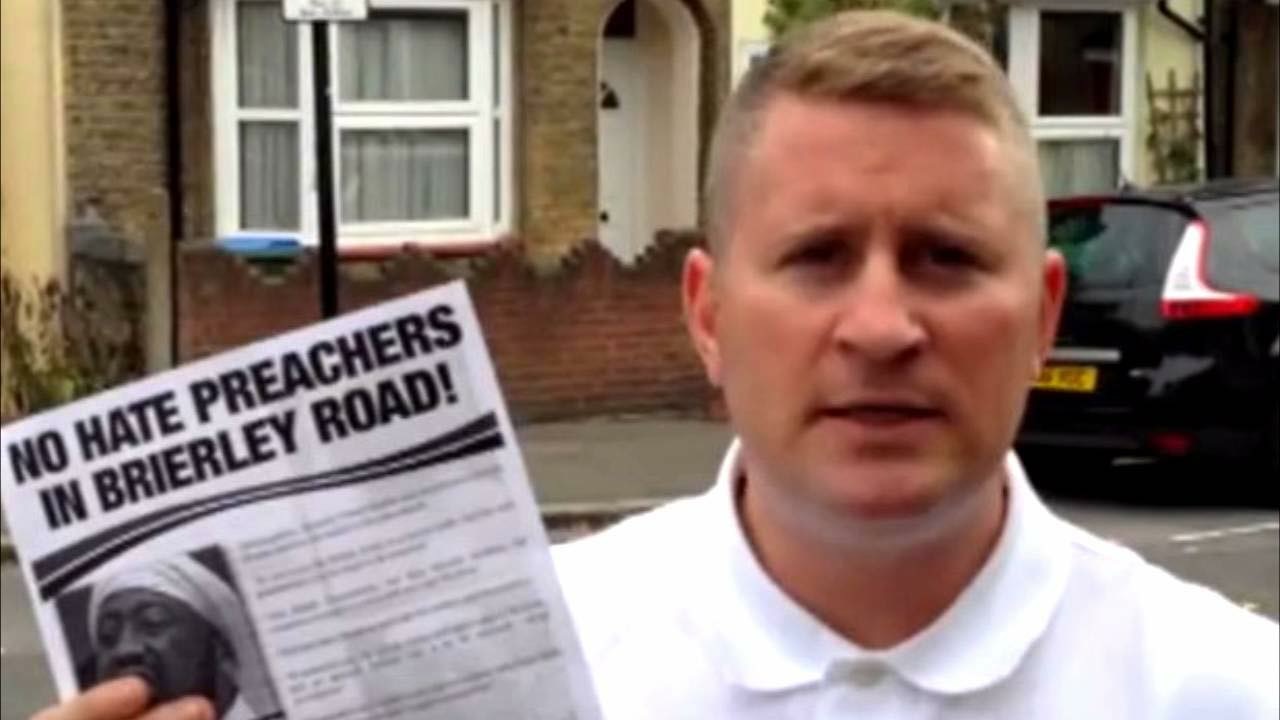 By the way, don’t think that he runs solo within his family, his mother and brother also display the “Golding” character.