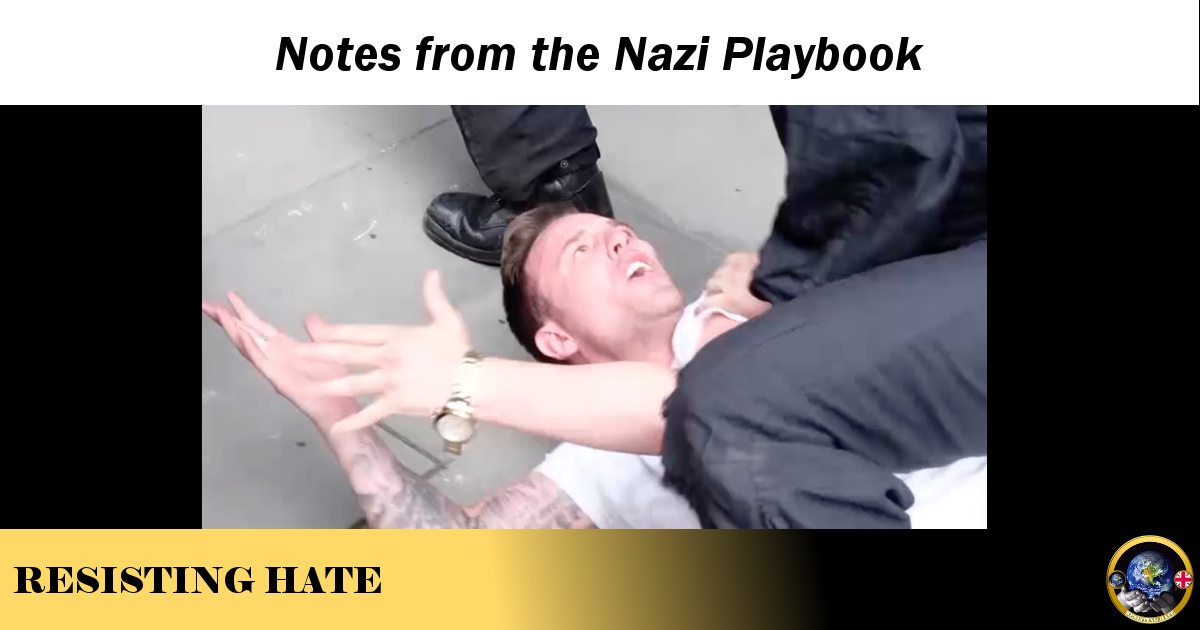 Standing 5’6 in his socks, slim build, with contrived intensity and one eye on the media, Daniel Thomas surveys the scene for signs of confrontation. His dark shades and pronounced forehead brings to mind dark-suited Agent Smith from the Matrix.

The science fiction fantasy in which a red pill offers the prospect of release from slavish sleep to wakefulness, offers a model for the modern far-right in which humanity is tied in slumber to the machine. But question the “woke” on how this controlling state came to be or what to do about it, and you are offered a fear-driven diatribe denigrating the “other”: Islam, refugees, the left; supported with misinformation, contradiction and lies, spun into incoherent expression presented as the anger of the forgotten majority.

Far-right activists like to assume this mantle of spokespeople for the dispossessed, opposing both the “intolerant left” and the “liberal elite”. And this confused mash-up of binary oppositions and working-class ideation provides a template reflecting the disaffected ensemble of fractured far-right cells currently vying for attention, influence and (most of all) funding.

Playing Tonto to Tommy Robinson’s Lone Ranger, Danny Tommo seeks to follow in his infamous mentors’ thuggish footsteps. Lacking the guile of his mentor, Tommo like the handful of careerist hopefuls that make up this cabal of the confused – James Goddard and that strange-looking bloke who taught his dog a Nazi salute (for a joke you understand) – dream of a career promoting fear and loathing.

During Robinson’s sojourn at Her Majesty’s pleasure for exploiting for the purposes of self-promotion, the experiences of rape victims, and in doing so threatening to deny them justice, Tommo looks to spread his wings. Having made news a week earlier following an assault in Warrington in which a woman was punched to the floor, Tommo decided to crash the London “stop the coup” demonstration this Summer.

“How come you weren’t attacked when you tried so hard to provoke a confrontation?”

“because he looks like he (c)an handle himself, that’s why!!!!….Antifascists are going to bring about so much trouble soon”.

A series of filmed encounters emerged in the following days from which it was clear Tommo had spent the day provoking confrontation. Stills were adopted by well-known commentators: Guido Fawkes, Nadine Dorries, Hartley brewer– all looking to condemn the “aggressive” left. To her credit, when Nadine Dorries learned of his violent character – Tommo was sentenced in 2016 for his part in a failed kidnapping  motivated by a drug dispute – Nadine retracted. But the damage was done. As one Tommo follower gleefully boasted to me, 865000 views had been registered from one Guido Fawkes’ tweet. @Tiddleypom, told me:

“They talk about masks and violence but there are none… He came to me and tried to provoke a reaction…He must have spent the afternoon trying…Still, they continue believing him”.

This tactic of producing fake stories to denigrate opponents comes straight from the Nazi playbook crystalized by Geobbels’ often quoted quip about accusing others of what you yourself are guilty.  According to the Home Office (March 2019):

“In the past six years, four (right wing motivated) attacks in the UK were carried out. …Since 2017 police have disrupted five extreme right-wing terror plots”.

In spite of this extraordinary rise in far-right violence, the false narrative of the “violent left”, adopted by mainstream commentators, is gaining traction. What for Brexiteers was a minor gain in presenting “remoaners” as “intolerant” was, for Tommo, a reputation boost. But whilst driven by ideological incoherence, the far-right are nevertheless motivated by clear-sighted self-promotion. Offering nothing of value to the disenfranchised working class; no hope or vision, in a disaffected age, the brutish expression of  toxic masculinity passes for some as an example to be emulated.

It is axiomatic that communities have the right to defend themselves against this rising menace of hate and division. Nevertheless, it is important to recognise the traps that are set and to be aware of how responses might be spun.  We must expose the wiles of haters. And how, when and in what circumstances we respond to aggression should remain the subject of on-going discussion as circumstances change.

And that circumstances will change, is inevitable.  During the constitutional crisis as Parliament sought to wrest control from an unelected Prime Minister prepared to break the law, the temperature and the stakes were high. @witchofpeace, founding member of Resisting Hate the social media campaigning forum, published  from Britain First (online) chat, (4th September 2019) a message from Keith Jones that reads:

“I just hope Boris has something else up his sleeve and no I will never give in to Islam. I have weapons ready and waiting”.

During this pivotal General election, the issue of Brexit has taken its rightful place among many crucial issues facing the Country. When a Government is elected, of whatever complexion, the issue will come to the fore once more. The far-right have been temporarily silenced by the clamour of mainstream Party politics. But they have not gone away. Far from it. They will be back to peddle their vitriol. And we must be ready to respond. The tactics we adopt will be crucial to winning the propaganda war.