Twitter erupted last night with the enraged tears of the far right as high profile hater convicted fraudster Stephen Yaxley-Lennon was relocated from his current incarceration in Hull to a jail in the Midlands.

Although initial leaked info suggested Tommy had been moved to Leicester jail, the current (as yet unconfirmed) belief is that he is is Onley jail. 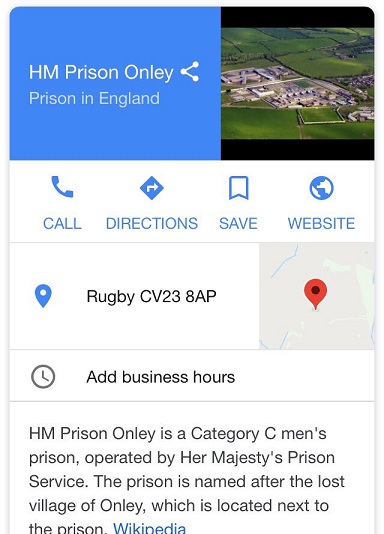 Moving prisoners is a normal part of prison life. Over 1500 prisoners a week are relocated within the system.   This can be for a number of reasons, including:

Notable in its absence from the above list is the suggestion that the Home Office moveIslamophobic prisoners to high Muslim population jails in the hope that this will result in the death of the prisoner. Yet this is precisely the conclusion that the far right jumped to when the news of Tommy’s relocation broke yesterday.

The idiocy started with Caolin Robertson who confirms he is in regular contact with Robinson. Robertson took the news to American far right fake news site Infowars who posted this video interviewing Caolin discussing Tommy’s plight.

This was then followed up with this tweet from Caolin: 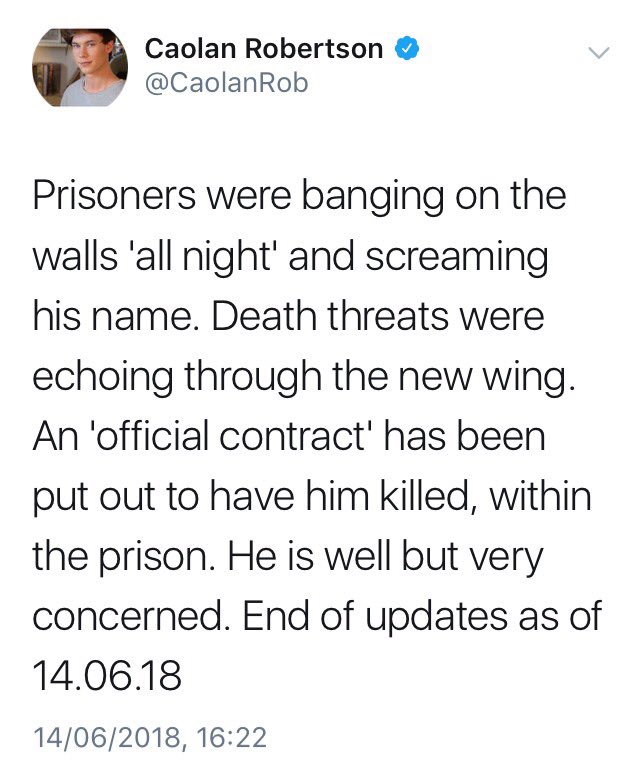 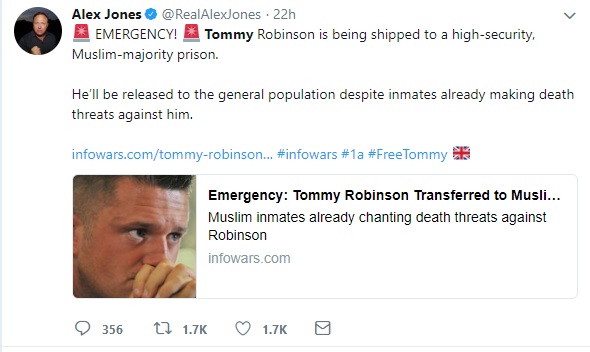 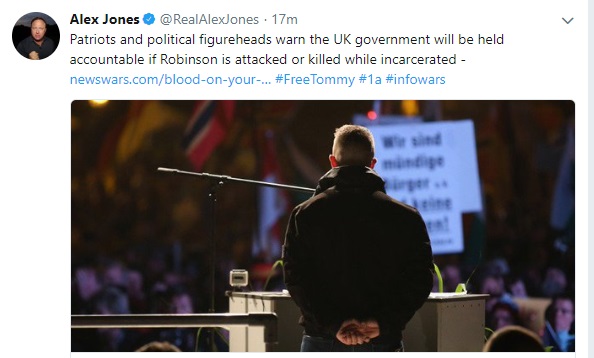 Note the volume of retweets Jones gets. Within a short period the nonsense is all over the internet.

And then Raheem Kassam jumps on the bandwagon:

Raheem pushes the idea that Tommy is at risk because he is in a prison with a high Muslim population. To give Raheem some credit he didn’t fall for the entirely made up and spurious ‘71% Muslim’ statistic that has no basis in fact whatsoever. The Mirror checked and there is not a single prison in the UK with a Muslim population this high.

It then transpired that the stats flying around were actually based on Tommy’s own immediate perception of his new wing. As to how he could tell at a glance that 70% of his wing were Muslim I’m going to attribute to the sheer racist belief that he assumes everyone with brown skin is a Muslim. Plenty of evidence to support my accusation of Robinson’s racism on Resisting Hate.

The old saying about lies winging their way around the world before the truth has even got its shoes on is never more pertinent than when it comes to fake news. Predictably none of the far right bothered to sense check or fact check the rubbish Jones and Robertson had fed them. They didn’t check why prisoners are moved. They didn’t check the stats for Muslim populations. They didn’t stop to question the narrative.

These are the actual religious population stats for the prison Tommy has been relocated to: 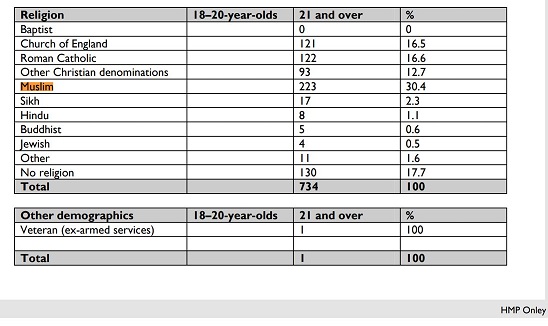 And this is what happens when fake news takes off: 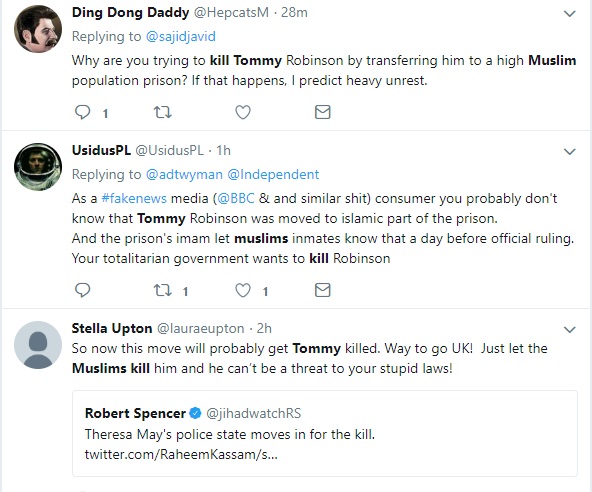 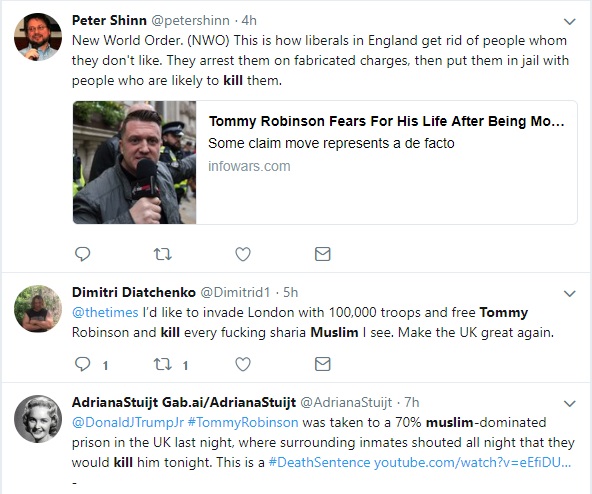 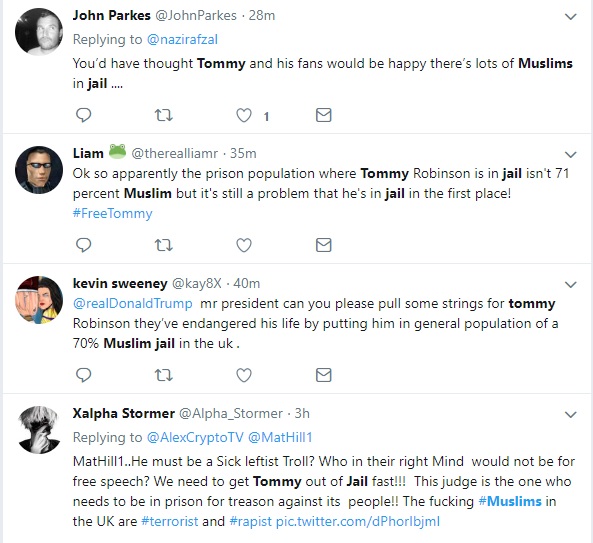 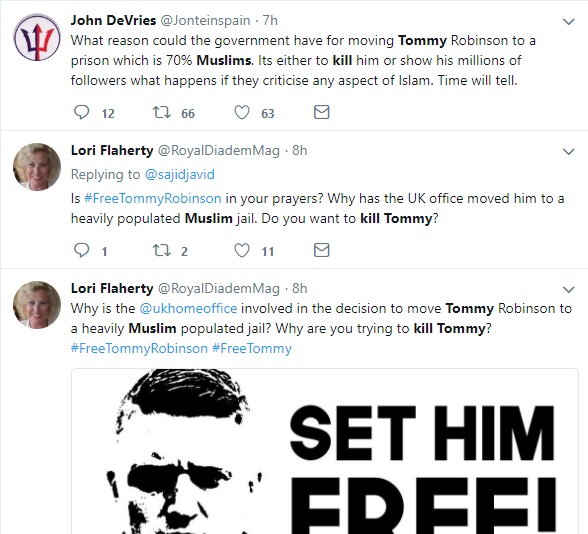 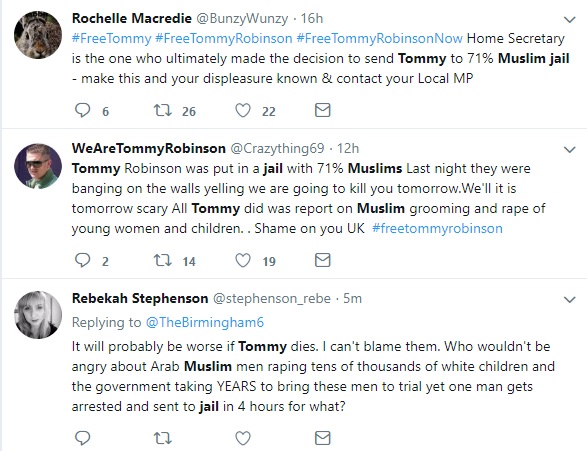 And unbelievably the far right wonder why we call them thick!