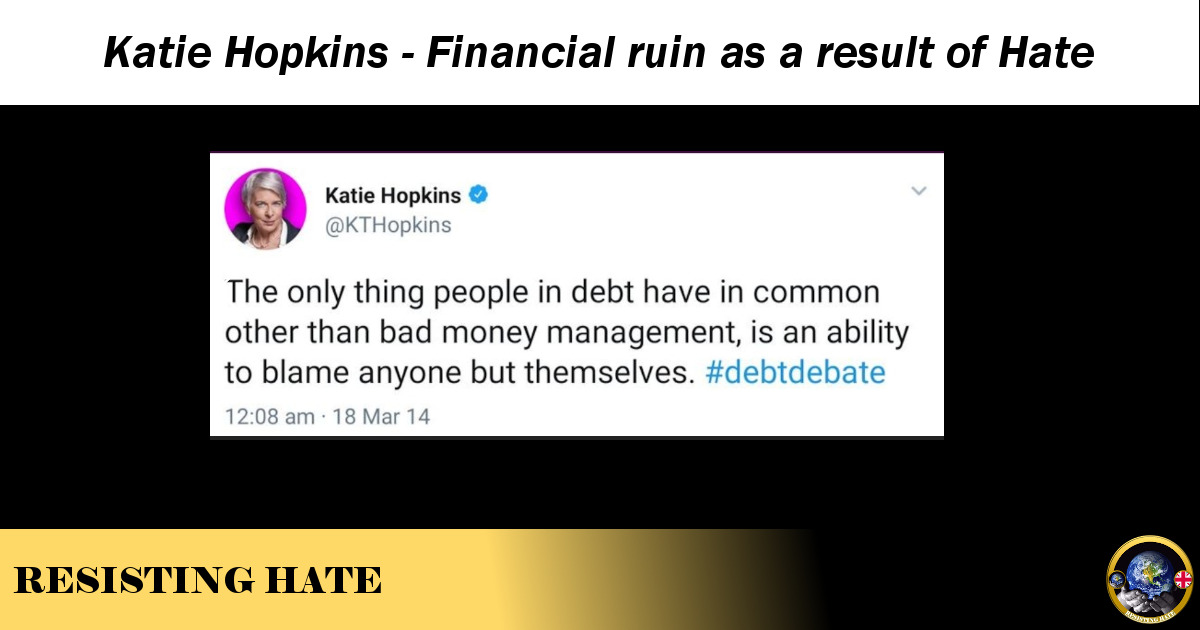 In a tweet yesterday, well known cookery blog author Jack Monroe confirmed that hate preacher Katie Hopkins has had to file for an IVA (Individual Voluntary Arrangement) to avoid going into bankruptcy.

Followers of either Ms Monroe or the ranty Mrs Hopkins may remember that Katie lost a high profile court case earlier this year as a result of libelling Ms Monroe. She was initially offered the option to apologise and make a modest donation to a charity but she refused. This refusal led to Ms Monroe successfully sueing Hatey Katey for libel. 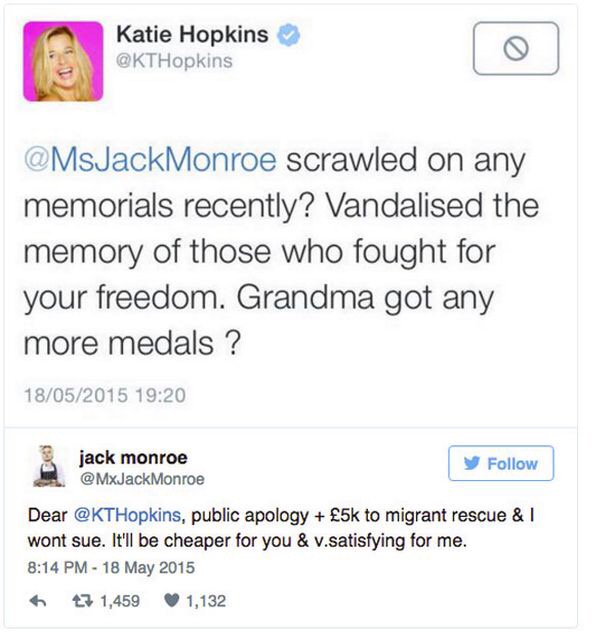 All for the want of an apology…

…I have been paid in full, but many of her creditors, including my lawyer, will not be paid what they are owed. For the want of an apology, a house, a job, a column, a radio show, and now financial solvency, were lost. It's all very sad, actually.

The question people are asking on Twitter is whether Katie will stick to her previous conviction that people in debt blame anybody but themselves or whether she will face the music and admit that her bigotry led to these dire financial consequences.

It just gets better. pic.twitter.com/he9NKHMpoR

Whatever happens let this be a clear lesson to you Mrs Hopkins. Hate is not the lucrative career you hoped it would be.