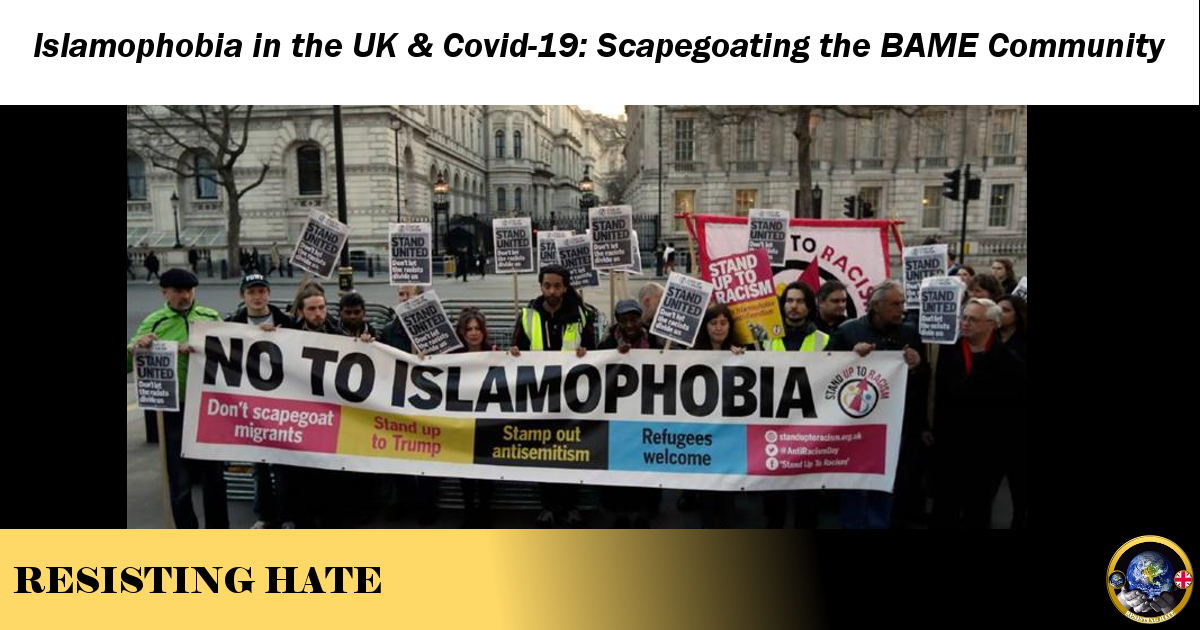 Throughout the Covid-19 pandemic, race has been at the forefront of international discourse. From the brutal murder of George Floyd in the US to the rise in anti-Asian hate crime, both overt and covert forms of racism have been exposed for what they are: a pandemic within itself.

In the UK, far preceding the Coronavirus outbreak, the rise of far-right movements was becoming increasingly apparent. The 2016 Brexit referendum opened a can of worms so to speak, as the nation found itself deeply divided on areas such as immigration, with the decision to leave the EU significantly influenced by anti-immigration sentiment. Yet such rife xenophobia did not appear out of thin air, rather it came as a result of decades of both the mainstream media and politicians alike tirelessly scapegoating whole communities. One such community to have been targeted by this vicious rhetoric more than most over the last decade in the UK is Muslims.

The UK has an extreme issue with islamophobia, despite resistance to such claims from members of the public who insist the country is both tolerant and welcoming to all. All evidence points to the contrary. A 2018 report carried out by Hope Not Hate found that anti-Muslim hate has become the driving force behind the rise of far-right movements and anti-immigration rhetoric in the UK.

Regrettably, the pandemic has only served to exacerbate this. From the outset of the Covid-19 outbreak in the UK, dangerous conspiracies began to circulate across social media platforms, accusing Muslims in particular of being responsible for spreading the virus. A recent report on the scale of islamophobia during Covid-19 noted that fake news had become a tool to incite hatred towards Muslims – using images of people entering mosques to suggest that Muslims were failing to comply with the government’s national lockdown. These images were, in fact, taken several weeks prior to the lockdown.

This tactical scapegoating is unfortunately not limited to social media. The government provoked widespread outrage when it announced via a series of tweets that it would be imposing local Covid-19 lockdowns across areas of Greater Manchester and West Yorkshire just hours before Eid al-adha celebrations were due to commence. Perhaps this would be viewed as no more than a genuine attempt to protect communities with a rising infection rate had a Conservative MP not gone on to defend the government’s decision by fanning the flames of xenophobia.

In an interview for LBC radio, Tory MP Craig Whittaker confidently alleged that ‘immigrant and Asian populations’ in particular were failing to abide by the government’s social distancing guidelines and were not taking them seriously. Not only are Whittaker’s claims entirely baseless, they also seemed only to clarify the government’s barely veiled attempts at scapegoating Muslim communities and laying the blame at their door. What’s more, it neglects to interrogate the harrowing environmental factors which are responsible for higher infection rates among certain communities – namely, systemic inequality.

The Conservative government has a troubling history of islamophobia. The Prime Minister himself has previously made outrageously offensive statements, comparing women wearing burqas to ‘bank-robbers’ and ‘letter boxes’ – not that this prevented him from being elected, another damning indictment of the UK electorates’ apathy towards islamophobia.

For a Conservative MP to hold Muslims and immigrant populations overwhelmingly responsible for rising infection rates is wilfully obtuse. It also reveals a sinister double standard, with Whittaker choosing to omit the very real threat posed by groups of predominantly white people throughout the pandemic, who have been photographed time and again flocking in huge groups to visit the UK’s beaches, or celebrating on VE day.

While the government’s decision to impose local lockdowns across highly muslim populated areas just hours before Eid may be considered a harmless coincidence to some, to many it is another attempt to scapegoat an already marginalised group. While those living in the affected areas were informed that they could no longer visit family homes – inevitably disrupting countless Eid celebrations – pubs and bars remained open. It becomes virtually impossible to ignore the intentions behind the imposed lockdown when put into context.

Whittaker’s statements along with the government’s rushed decision to impose a lockdown before Eid al-adha do not exist in a vacuum, rather they represent decades of tactical scapegoating of the UK’s Muslim community. Instead of deeming rising infection rates an indictment of reckless individual behaviour, Whittaker ought to acknowledge the damning inequality which has seen BAME communities suffer disproportionately throughout this crisis.

Holly Barrow is a political correspondent for the Immigration Advice Service; an organisation of immigration lawyers based in the UK & Ireland