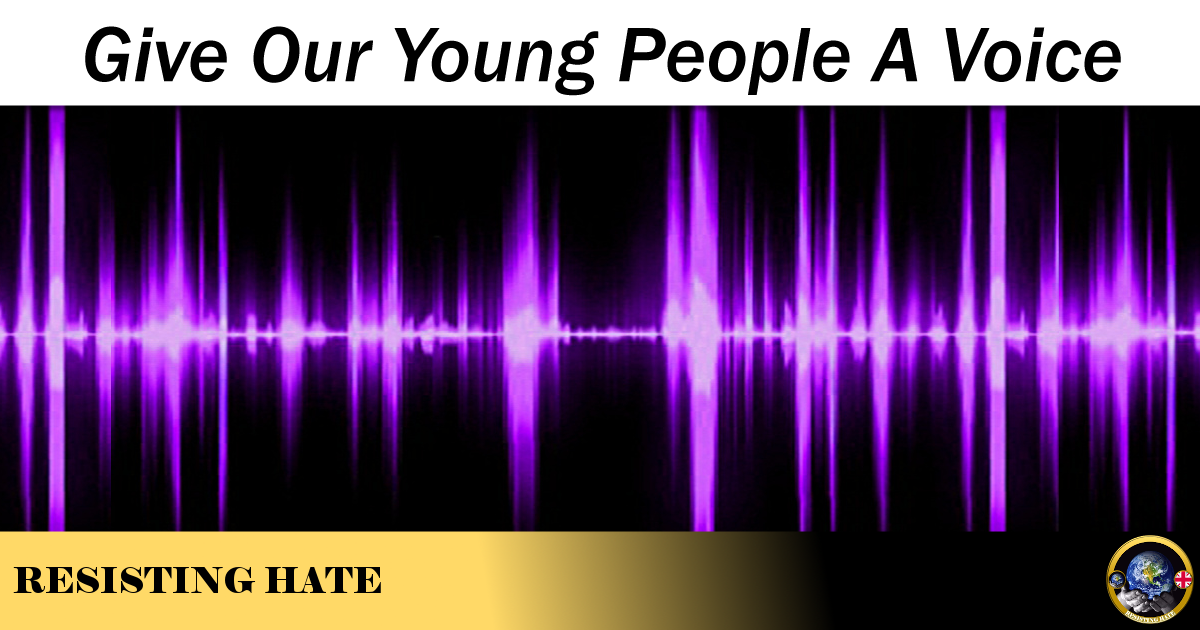 The divisions in Britain since the EU referendum a year ago have been written about extensively. Our group Resisting Hate and many others have publicly discussed the increase in racism, in Islamophobia and in Anti Semitism. In particular we have witnessed a surge of hostility to non British nationals.

What has not been so well documented is the divisions that have started to emerge between different age demographics in the UK. Specifically we are now starting to see a good deal of prejudice aimed at young people, especially toward those developing their own political opinions and who perhaps voted for the first time in this year’s election.

The catalyst for the discord appears to be the popularity of Jeremy Corbyn with the under 25s. Whether you like the man or not it is impossible to deny he has a very genuine gift for engaging and inspiring young people. What other politician could be relied upon to draw crowds at Glastonbury? It is Corbyn’s vision of a fairer and Socialist Britain that has helped young people to realise that they can play a part in shaping their own future and that the ballot box is very much the start of that process.

But, attempting to drown out this political awakening in our youth is the voice of some disenfranchised older people in our society. They dismiss the input of the young in the political process and deny them a voice based on their “lack of life experience”.

This attitude is not just bigoted it is narrow minded. It is failing to recognise the energy and the intellect of the young people in Britain and the value they can add to both the political process and the country. It is attempting to silence the very people to whom the future belongs.

I am particularly frustrated with the suggestion that young people today in any way have it easier than my generation and the generations before me did.

When I was at junior school the only things that mattered were playtime and having fun. If there were tests we didn’t know they were tests. Our teachers weren’t under pressure so we weren’t under pressure. Anything more complicated than cutting out a paper flower with safety scissors could comfortably be left to big school. We were allowed to grow and develop at our own pace.

At secondary school we learned about the future. The formula was pretty straightforward. If we worked hard we’d get good results which would guarantee us a free university place and would lead to a decent job which would get us a mortgage and end in a pension that would supplement the state pension we were guaranteed to receive.

Today’s kids are tested at every stage of their school life. They are put under incredible pressure to perform. The pressure is so great that thousands of children in this country are actually needing to receive counselling just to be able to cope with exam stress.

Young adults continue to take exams but unlike with us there is no guarantee that good results will lead to a university place. Even if they do go to university they will come out thousands and thousands of pounds in debt and still have no guarantee of getting a good job at the end of it. Even for those lucky enough to get a job with average income they are likely to be priced out of the housing market. The average salary in the UK for a full time worker (2015 stats) was £27,600. The average house price in 2015 was £277,000.

The newspapers remind us every day that automation will replace many jobs, both skilled and unskilled, within the next twenty years. The future for those entering the workforce is uncertain and daunting. While older generations enjoyed jobs for life young adults these days can expect several career changes throughout their working lives. These are challenging times in a turbulent economic environment.

I wonder how many of us in our forties, fifties and beyond enjoying the fruits of final salary pension schemes and home ownership would have buckled under the pressures young people today have to endure. As we look at the hardships these youngsters have to face, in the world they inherited from us, I think we owe them a voice in making their futures a better place.

We need to respect our young people for wanting to take an interest in politics and for believing in a better future. We need to respect them for embracing the principles of Socialism and the belief that the country must work for the many not for the few.

As for our life experience? We’ve wrecked our economy, we’re well on our way to destroying the planet and we’ve managed to create a society that will actually make us redundant. We have forgotten how to care about our fellow human beings and in doing so we have sacrificed altruism on the altar of capitalism.

I’m not saying our young people will necessarily do a better job but, bloody hell, they could hardly do much worse.