Charlotte Lewis is a long time BNP supporter and member and boasts a chequered past even for the far right.

“I wish that Derrick Bird could have come down to London & shot dead some illegal immigrants, rather than killing his fellow British people. If that offends you then tough; it’s my opinion and I’m entitled to it.”

In that same year she dressed as a Muslim, drinking and smoking in her costume, in a deliberate attempt to promote antipathy toward the Islamic faith.

In 2011 when an eighteen year old man of colour was stabbed to death on Oxford Street in the Boxing Day sales, Charlotte had this comment to make:

Earlier this year, during the atrocity of the London Attacks, Charlotte made these comments: 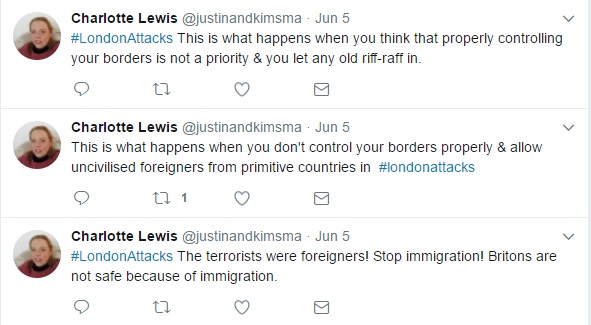 Deeply offensive on all fronts. A racist, Islamophobic, extreme Nationalist determined to use social media to spread her bile.

The tragedy in Grenfall Towers shocked the whole country with the massive loss of life and the disregard for proper safety measures that will be investigated for many months to come. For most of us this is a time to support our fellow human beings. The disaster has brought some real examples of humanity from all communities both in and outside London. For Charlotte Lewis the disaster was a further opportunity to spread her hate.

She began with a comment to the effect that she had a problem with “foreigners” occupying British social housing.

And went on to wildly speculate about the cause of the fire.

She was challenged on this by several Twitter accounts all explaining that the people in Grenfall Towers were as British as she was. They pointed out the loss of life and the fact that people had died.

Charlotte was indifferent to the mass loss of human life. 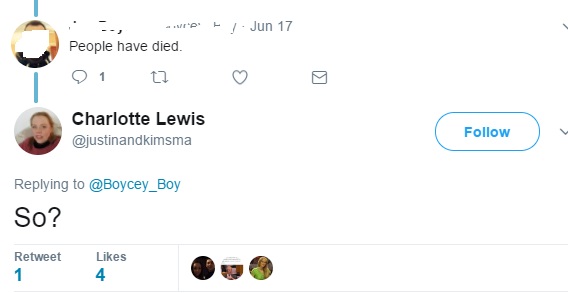 People were increduous at her absolute inability to empathise with human suffering. But she confirmed that she just didn’t care about them. 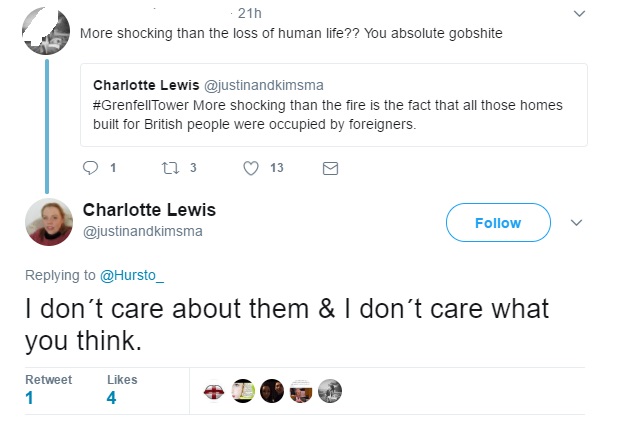 So there you have it. This is how somebody who has upheld the values of the BNP party for several years and even stood for election with them (see below) reacts to tens possibly even hundreds of her fellow human beings killed through no fault of their own. 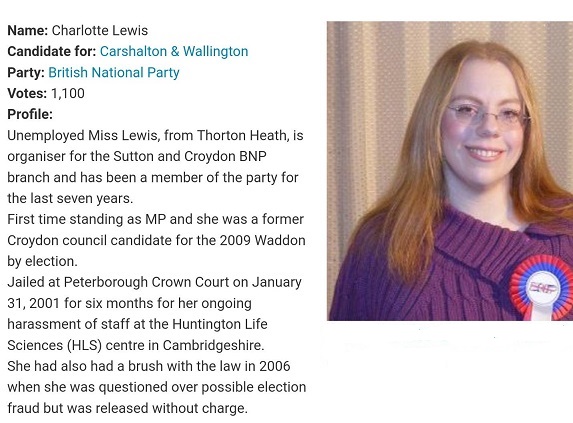 Charlotte Lewis does not represent Britain. True British values were demonstrated by those of all races and faiths out there in the community helping the victims of this dreadful carnage.