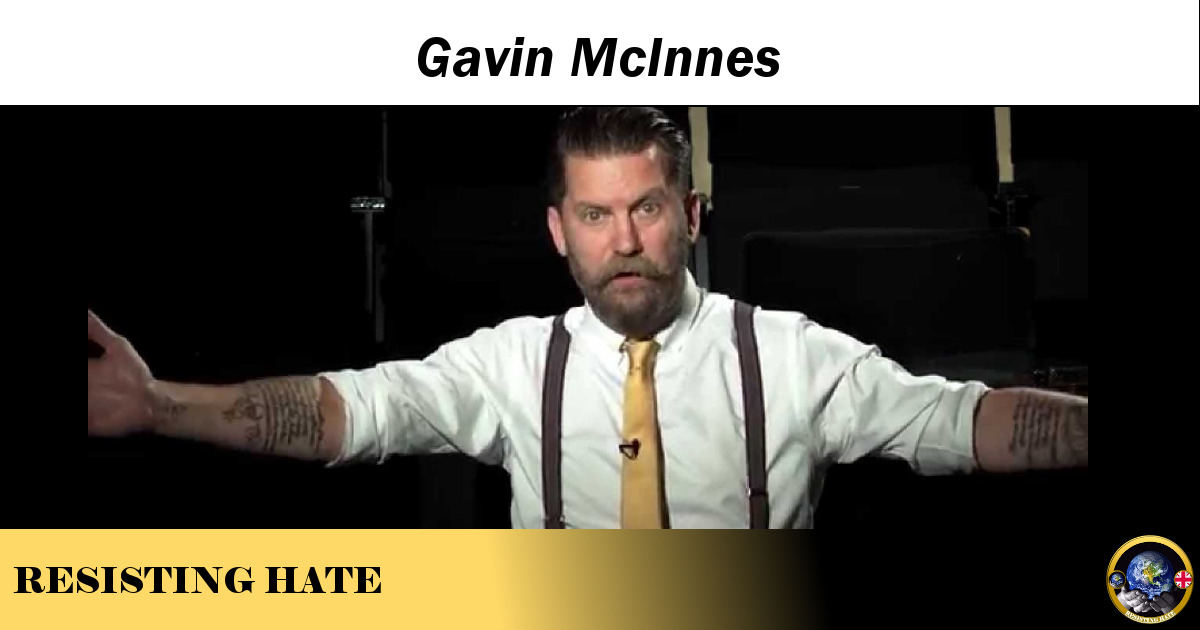 In 2014 McInnes was suspended from his job at advertising agency Rooster for writing an article entitled “Transphobia is Perfectly Natural.”

It was this right wing conservative background that induced McInnes to found his own (male only) hate group which (in a somewhat optimistic misnomer) he labelled The Proud Boys.  The group is primarily an American organisation though the ideology is consistent with far right figures in the UK such as well known extremist convicted fraudster Stephen Yaxley-Lennon. McInnes has personal links to Robinson and attended his trial in early October 2018.

McInnes has tried to position the Proud Boys as distinct from the far right which he believes is focused primarily on race. He sees the Proud Boys as more consistent with promoting Western Values. Unfortunately he has not communicated this to the thugs in his group who conduct themselves with violence at any given opportunity.

The Proud Boys have a formal initiation system of degrees (much like the Freemasons). The first degree involves declaring onself to be a Proud Boy, the second involves being beaten up until you can name five breakfast cereals (WTF!) and the third involves getting a Proud Boys tattoo. McInnes has also spoken of a ‘4th degree’ which relates to a Proud Boy who has endured a major conflict related to the cause. (And this from the man who wants us to believe the Proud Boys are not all about violence!)

In August 2018 McInnes and most of his fellow Proud Boys were suspended on Twitter for hate speech.

McInnes latest plan is to follow in the footsteps of fellow racists Stefan Molyneux and Lauren Southall and visit Australia on a speaking tour. There is growing discontent about the impending visit and many in the country have called for him to be banned from entry.

This is how McInnes and his gang describe the Proud Boys:

“Get a fucking gun”

“We need more violence from the Trump people”

“Choke a Tranny. Get your fingers around the windpipe.”

“Get ready to blow someone’s fucking head off.”

It’s all here in this video….