Vinnie Sullivan – real name Vincent Burke – runs a You Tube channel called The Reality Report . He first came to the attention of Resisting Hate as part of John Meighan’s racist group the FLA (Football Lads Alliance). The group who billed themselves as a street movement rather than a political group was ostensibly founded by Meighan as an opposition force to extremism but soon, predictably, ended up descending into the characteristic violence and threats of all far right groups.

The FLA were condemned by trade Union Unite for racism and thuggery.

Sullivan is on record stating that the actual aim of the FLA was to “tackle the alt left”, an aim that contradicted the FLA’s claim to be politically impartial. Soon enough however the FLA would show their true agenda of anti Islam hatred and far right ideology.

The descent into extremism and the infighting in the FLA led to a split. The DFLA (Democratic Football Lads Alliance) emerged as the stronger of the two groups and Sullivan gravitated toward this new, more far right association. (Here we see their members making Hitler salutes.) However Sullivan was not among the founders of the DFLA and failed to get the recognition he wanted to boost his profile in far right circles.

Vinnie modelled himself on alt right figurehead convicted fraudster Stephen Yaxley-Lennon and sought to ingratiate himself with Robinson by co-organising (with Danny Thommo) the Free Tommy protest in Whitehall on June 9 2018. The protest achieved what hanging around the DFLA had failed to achieve and Sullivan’s name was noted by the press fellow far right extremists and anti hate organisations.

Still following in Tiny Tommy’s footsteps Sullivan declared himself a journalist and armed with his mobile phone started filming people he believed to be of the left politically. With a crew of fellow yobs for back up he confronted his chosen targets and filmed them on his mobile phone, uploading the footage for the 600 followers on his You Tube site.  In August 2018 Sullivan targeted a Socialist bookstore, only to flee the scene like a frightened schoolgirl when confronted by the shop’s owner.

He was out in the cold with the DFLA after this nonsense and cried about it on social media. 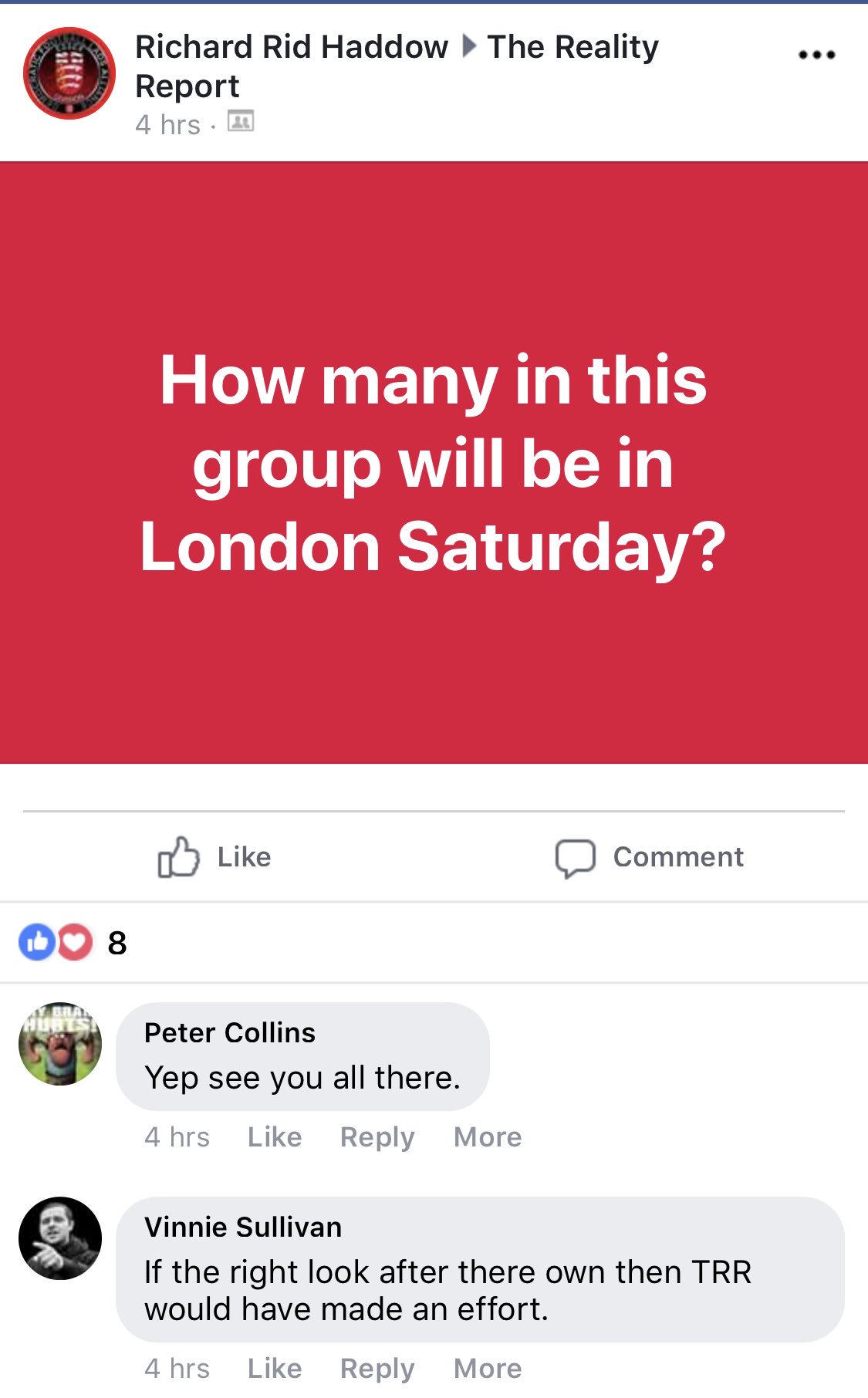 Sullivan further embarassed himself by losing his temper in a recording where he said he didn’t care if the daughter of right wing activist Danny Tommo got raped. 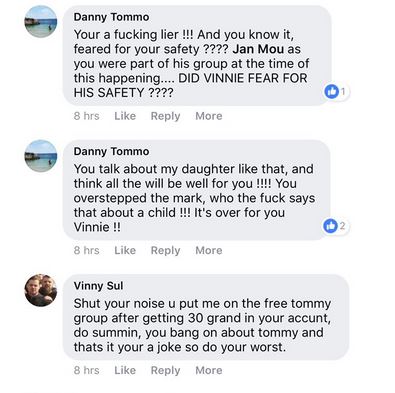 After being called out by both DFLA and far right contacts for the comment, Vinnie finally made a public apology. 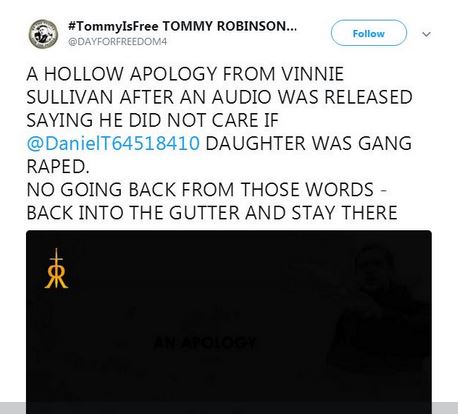 The damage was done. Memes of his rape comment were spread all over social media. 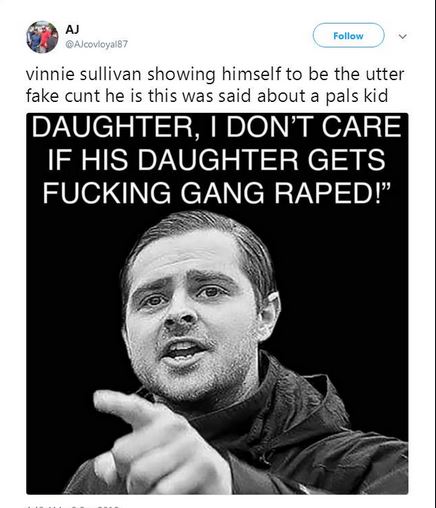 Sullivan has a past of violence and was convicted in April 2014 of harassing his ex girlfriend and messaging her multiple times every day. 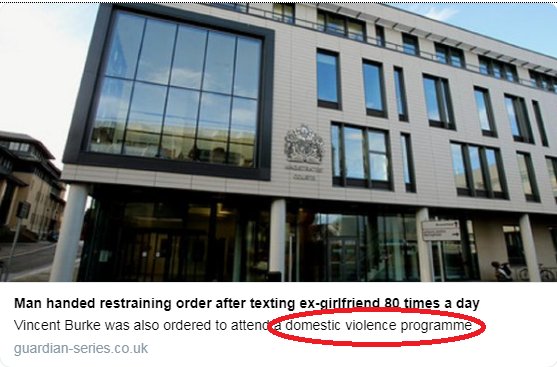 It would be optimistic to assume Vinnie’s attitude toward women has changed as these are recent examples of his tweets relating to his love life and his views of women.

Recently Vinnie has fallen out with his friend Jan Moudrak (who has considerably more clout in the far right than Sullivan and who is closely linked with Generation Identity). It was Moudrak who exposed Vinnie’s criminal stalking past and who told  few of his other secrets as well… 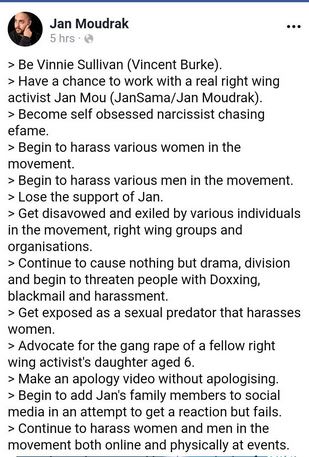 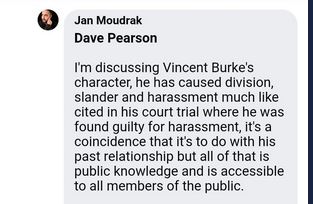 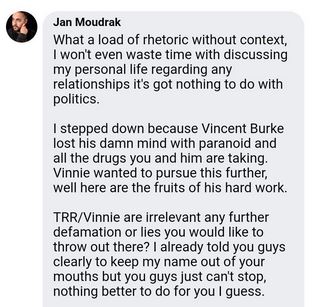 It is hard to take Sullivan as seriously as he takes himself and frankly, compared to some of the scumbags encountered by Resisting Hate, this one is pretty harmless. Described by one of our founders as the ‘Poundshop convicted fraudster Stephen Yaxley-Lennon’ we expect to see Sullivan remain a lone figure on the periphery of the far right.

Pictured with Vinnie in the header is his far right pal Alexander Mourmouris from Bournemouth.