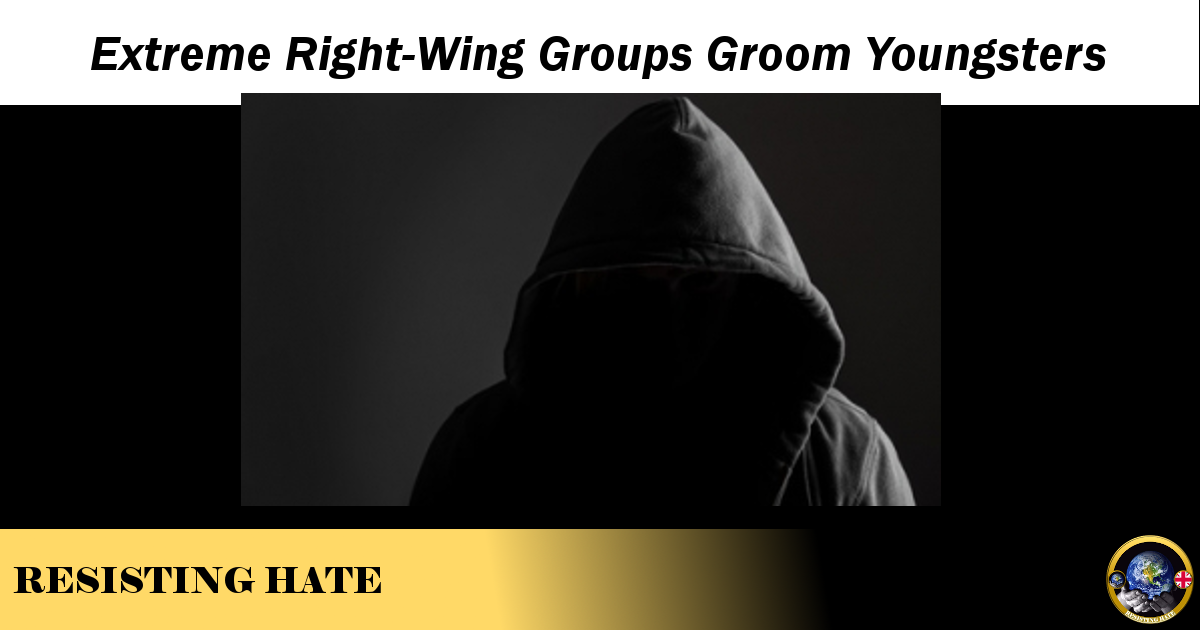 Nationalist movements love to lure young people. Tactically, for some groups, this is a way to ensure their ideologies are carried into future generations, preserving their legacy and guaranteeing their beliefs don’t die out. However, mostly, it seems the far right regard Gen-Z as easy recruits; culturally malleable, dependent on technology and easy to isolate. There have been countless cases of different far right movements in Britain grooming young people into a life of extremism. Cultish far-right political groups are able to infiltrate their circles of the internet and speak to them on their level, posing as a new friend to those who feel disenfranchised to mainstream politics.

There are many reasons why an isolated teenager might be drawn to Nationalism; a sense of community, an answer to their political confusion, justification of their ingrained racial anger, or a feeling of superiority which they may not be receiving at school or amongst their peers. Whatever the reason a child might be vulnerable to indoctrination, the trend of far right groups preying on young people is rising. According to the government anti-radicalisation project Channel, there has been a 74% increase in far-right referrals in 12 months, involving under-18s. It is easier than ever to grab children’s attention.

A recent BBC docu-drama, The Left Behind, told the story of a young man living in poverty, struggling to obtain council housing and disheartened with the system (BBC, 2019). His mistrust of the government, paired with rising racism against a Muslim family running a business in his town, causes him to turn to far-right violence. Although a dramatization, this story is all too common in the UK, especially post-2016. However, despite the stereotype, it is not just working-class young people who are susceptible to far-right indoctrination. In the Amazon Prime documentary Britain’s Ultra Nationalists, we meet a university student known as ‘Jack Williams’, who was groomed by the Neo-Nazi organisation the New British Union (Journeyman Pictures, 2019). He is articulate, well-read, privileged and – presumably, by his attendance to university – financially comfortable. It seems his indoctrination was tailor-made for him as an individual, focusing on academia, literature and science. Anyone from any socio-economic background can be targeted.

The New British Union, led by Gary Raikes, have their own reasons to target young people. In an online booklet from their website, Raikes says the majority of young people ‘have lost all motivation to contribute to their country’, (Raikes, 2019,) and in a web page explaining their politics, he criticizes their ‘frivolity, lack of ambition, and an obsession with celebrity’ (Raikes, 2019). Within his own narrative, he seems to be convinced he is saving young people from a life of shallow hedonism, by isolating them from their friends and family and convincing them their whiteness makes them superior. Raikes offers teenagers an alternative to drab British school life, promising summer camps where like-minded youth can ‘come together and take part in games and other activities’, akin to the Hitler Youth program. A lot of his language is idealistic and carefully selected to appeal to zealing political teenagers. He says ‘Fascism is a revolution of the young against the out-dated thinking of the old’. Young people are kept up-to-date on the latest NBU news via online bulletins and regular video content uploaded to censorship-free YouTube alternative, BitChute. It is the twenty-first century answer to Nazi propaganda.

The NBU isn’t the only organisation latching onto social media as a way of grabbing the youth’s attention. Generation Identity is a group whose sole focus is indoctrinating teens. They are savvy on modern digital marketing, with a slick and attractive website, regular blog posts and thumbnails on their YouTube videos which would blend into the average teen’s subscription box. They strive for something called ‘ethnopluralism’, a concept that discourages immigration and refugees (Hope Not Hate, 2019). Teens are encouraged to be loud on social media, read far right literature and to stick posters around their hometown. With their glossy images of happy European teenagers on ski slopes pointing at their logo, it appears more like an innocent youth travel programme than a racially-charged political movement.

Social media and politics are now ever-entwined in the mainstream, with President Trump tweeting his every fleeting thought, and far right campaigns such as #FreeTommyRobinson trending in Britain. Anti-racism organisation HopeNotHate found, in a study, that almost 60% of 18-24 year olds have watched one of Robinson’s videos online (Martin, 2019). Yet, outside the mainstream sites lie even murkier online cesspits of racist opinions. Sites with more relaxed censorship and privacy rules than Twitter and Facebook, like Gab, BitChute and MeWe, have been adopted by extreme nationalist groups as a place to voice their hate freely and without fear of being suspended. Other sites have been created by the far right as racist alternatives to popular mainstream websites, such as Metapedia (instead of Wikipedia), and WASPLove (instead of Tinder). Having an online presence helps direct youth traffic to something they are familiar with – an app on their phone – and gives members a place to directly chat with potential recruits. In a HuffingtonPost article, journalist Chris York said that ‘The vast majority of recruitment is now done online, meaning someone can become a member of a neo-Nazi group without ever leaving the house.’ (York, 2019)

It takes just one scroll through the neo-Nazi forum website Stormfront, specifically the ‘Youth’ page, to be harrowed by the effects of this kind of hive-mind, gang-mentality youth recruitment. Children as young as thirteen are asking for advice on how to bully minority students, what to do about the growing amount of LGBTQ acceptance in their high schools, and how to get a white girl to date them. The majority of advice, coming from a global community of far right teenagers, is along the vein of ‘You’re superior to them’, ‘Ignore your parents’ and ‘Get yourself expelled and homeschool yourself’. With this justification, encouragement and focus on isolating themselves from their ‘inferior’ peers always in their pockets, it’s not hard to see how this environment might push a young person to violent extremes.

Being young in the current political climate can easily leave this generation with a displaced sense of belonging. Teenagers (usually, but certainly not limited to, teenage boys) already frustrated by the prevalence of identity politics, constantly consuming a clash of political opinions online, are the perfect targets for nationalists. It comes in the form of gradually pushing them over to their side. This can affect the rest of their lives and, if they stay in this mindset into adulthood, ensures these hateful feelings continue in society for many years to come.