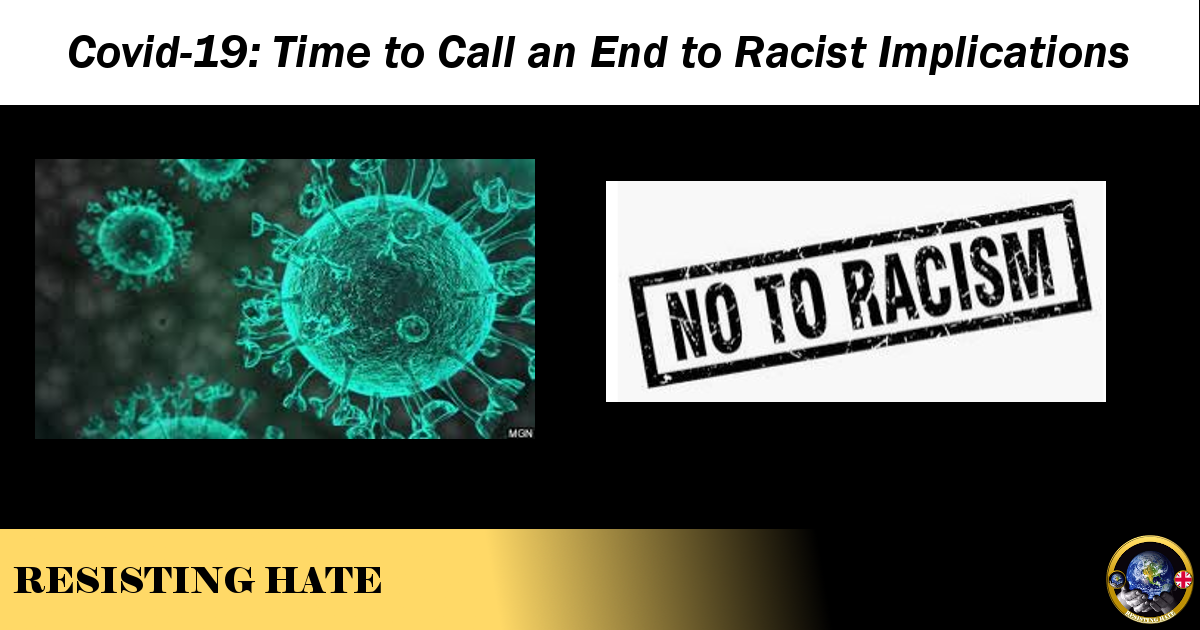 While the COVID-19 pandemic brings with it new challenges each day, one which is likely to have ongoing repercussions is the surge in racial abuse. It’s worrying that this surge may escalate far beyond COVID-19 without more being done to discourage the type of behaviour which incited it in the first place.

Only a couple of days before the UK’s lockdown was implemented on 23rd March, two teenage girls were arrested and three young boys questioned over an attack on four Chinese students in Southampton. The incident was racially-motivated and symbolic of the tensions exacerbated by COVID-19 as a trend of hostility towards East Asians seen wearing masks (described as ‘maskaphobia’) emerged.

The attack followed a wave of anti-Asian abuse, with one of the most violent cases occurring in early March when a Singaporean student was physically assaulted on Oxford Street in London by two teenagers.

Increasingly commonplace forms of abuse have ranged from verbal insults to deliberately coughing on victims, as one woman of Chinese origin experienced in Derbyshire last week. Sadly, such incidents have not been exclusive to the UK. Similar racial abuse cases reported in the US totalled 1,100 in the two weeks to 3rd April, according to a group monitoring the situation called Stop AAPI Hate. But last week also showed worrying evidence of an escalation in the seriousness of COVID-19-related racism in the US, with the first murder attempt on the lives of three Asian family members in relation to the pandemic.

Despite efforts to counter them, Anti-Asian insults have also circulated via social media and it seems unlikely that COVID-19-incited racism can truly be tackled unless governments and mainstream media publications concertedly decide not to allow blame for the pandemic to be directed towards an ethnicity.

Avoiding such ethnic vilification also means stamping out geopolitical, ex-Cold War gamesmanship and the racial echoes of imperialist concepts such as the uncivilised ‘Yellow Peril’ in the East. Such archaic sentiments must not seep into rhetoric and hinder international cooperation and adoption of the most effective solutions to this unprecedented global crisis.

However, rather than steering clear of a seemingly racist agenda, the US President Donald Trump has to date unfortunately appeared to want to instigate one, most notably through choice of nomenclature, deliberately giving the coronavirus the national moniker of ‘China Virus’ —a choice he defends, even as it conflates fear of the pandemic and blame in a highly racialised manner.

To note, this isn’t the first time an epidemic has incited racism. Similarly racialised language surrounded outbreaks such as Ebola and SARS.

Currently, media reports tracing the origin of the Coronavirus to the ‘wet markets’ of Wuhan have ushered in a spotlight on Chinese culture and customs, particularly regarding the consumption of certain animals. This has invited divisive news pieces wherein the lines between factual reporting, fair comment, and sensationalism become blurred before merging into scathing culture bias.

Similarly unhelpful has been the misunderstandings of China’s huge and complex market for traditional medicines and beliefs over which more scrutiny and regulation may be critical to preventing future outbreaks.

Unsurprisingly, praise of practise and successes in non-Western countries tends to receive more subdued coverage; be it the success of China’s ‘draconian’ containment efforts or its early research work in trying to establish a cure, the containment of COVID-19 in Vietnam, or Cuba’s bold, ongoing international aid efforts, such as the kindness it showed in allowing a British cruise ship with COVID-19 sufferers on board to dock in Havana after permission was denied by the Bahamas and Barbados.

To clarify, consciously removing traces of racism from government communications and media coverage isn’t a call to exonerate attributing blame where it’s due. Chinese authorities may well be culpable for delays caused at the outset of the virus by not presenting the true scale of the pandemic soon enough to the international community. But it’s of the utmost importance to distinguish criticism of government from an attack on an ethnicity.

We must not allow attacks on ethnic minorities to occur through this type of scaremongering and scapegoating.

Given the scale of the Asian community within the UK – many of whom are British citizens – as well as the huge number of international students, it seems requisite for the government to make it clear that East Asians are not responsible for the pandemic, and to acknowledge that they are now living under a double fear – that of COVID-19, and that of becoming potential victims of racial abuse.

Raoul Walawalker is a feature writer for the Immigration Advice Service; an organisation of immigration lawyers that is currently offering free legal advice to all NHS staff amid the coronavirus pandemic

2 thoughts on “Covid-19: Time to Call an End to Racist Implications”