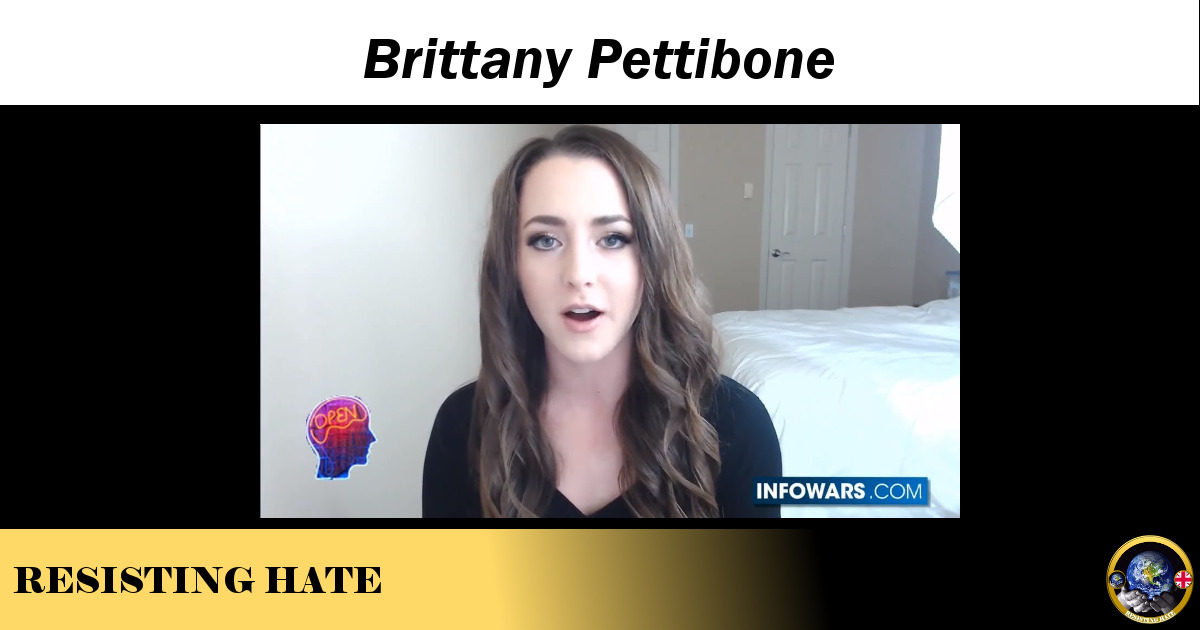 Brittany Pettibone is a self proclaimed political activist and commentator. She is the partner of Martin Sellner, leader of the controversial extremist far right movement Generation Identity.

Pettibone is perhaps best known for her involvement in spreading the lie of the #Pizzagate conspiracy theory. In August 2017 Pettibone used her growing You Tube channel to promote the Generation Identity project Defend Europa which basically consisted of hiring a boat to chase safe and rescue boats carrying and to prevent migrants from crossing the Meditteranean.

In early 2018 Pettibone, along with Sellner and Canadian extremist Lauren Southern were denied access to the UK.

There was some controversy this was a publicity stunt with claims on Twitter that even the Home Office could not mispell a letter so badly. Pettibone denied the letter was a forgery and posted a copy of it herself on Twitter. She also claimed the reason she was not allowed into the UK was because she planned to interview far right extremist convicted fraudster Stephen Yaxley-Lennon.

The Government replied to a petition to allow Pettibone and her Generation Identity pals back into the UK. Apparantly they did not find the 12,618 signatures very persuasive… 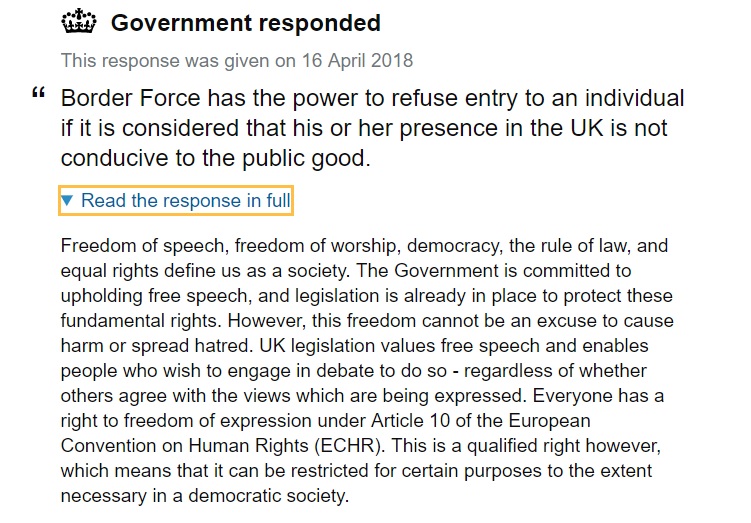 In June 2018 Pettibone lost her Patreon account due to her relationship with Generation Identity. Terrifying she tweets: “Generation Identity has never once advocated for violence.” This is either a woman lying to herself or lying to everybody else.

Patreon just banned me for my support of Generation Identity, calling them a 'violent organization'. Utter insanity. Generation Identity has never once advocated for violence. The entire premise of their movement is protest through non-violent actions. pic.twitter.com/xbedwiLH2P

One thought on “Brittany Pettibone”