David Duke’s personal career of hate in white supremacy began when he founded the White Youth Alliance at Louisiana State University. He became notorious for strutting around the campus dressed as a Nazi.

Duke is best known for leading the Knights of the Ku Klux Klan which was a reimaging of the racist Ku Klux Klan movement of the American Civil War period. 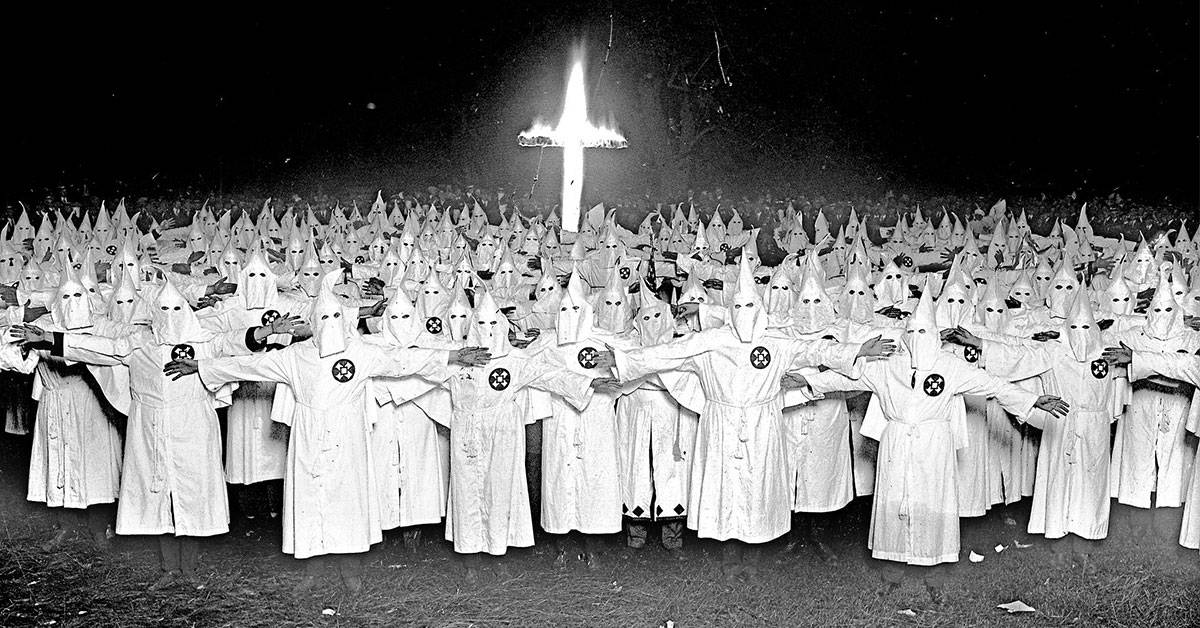 The Klan had enjoyed a revival prior to Duke’s involvement in 1915 and reinvented itself again in 1945. But it was Duke’s reformation of the Klan that brought it into the mainstream. Duke attempted to sanitise the movement with business suits and the recruitment of the professional class. ‘Grand Wizard’ Duke attempted to appeal to a wider based than previous incarnations of the Klan by insisting that the movement was ‘pro white’ as opposed to ‘anti black.’ He planned to use the Klan as a foundation to establish himself as a credible public figure to launch his political career.

Unfortunately Duke’s 1979 bid for the American Presidency turned out to be a non starter (possibly because he ran as a Democrat) and his 1988 bid was equally unsuccessful. Undeterred Duke switched to the Republicans and made a successful bid for Louisiana house state representative. In 1990 Duke made his optimistic bid for the senate but his racist past caught up with him and, thanks to anti racist org Louisiana Coalition Against Racism and Nazism, Duke was exposed for the Mein Kampf reading Nazi he truly was.

It was back to prison for Duke in 2002 due to fraud involving his tax returns.

In the aftermath of the Charlottesville, Virginia Neo Nazi march (which is memorable not only for the murder of Heather Heyes by a Neo Nazi but for Donald Trump’s idiotic statement that there were “some very fine people on both sides.”) Duke was quick to back the US President’s version of events.

Duke had not backed the President’s campaign from the beginning due to the concern that Trump had links to Israel that Duke, as a Nazi could not get on board with. However when Trump made it clear he was not willing to condemn the white supremacists involved in the carnage in Charlottesville, Duke was happy to endorse the racist President.

Intestingly Duke had been quick enough to take some of the credit for Trump’s election. His people? (Racists) 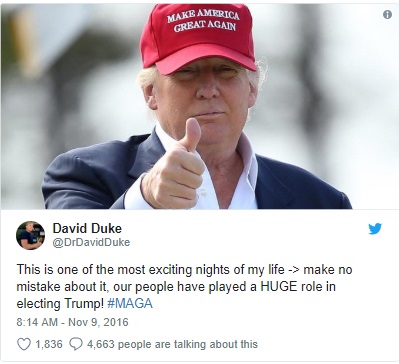 The endorsement seemed to confuse Donald Trump who appeared not to know who David Duke was. 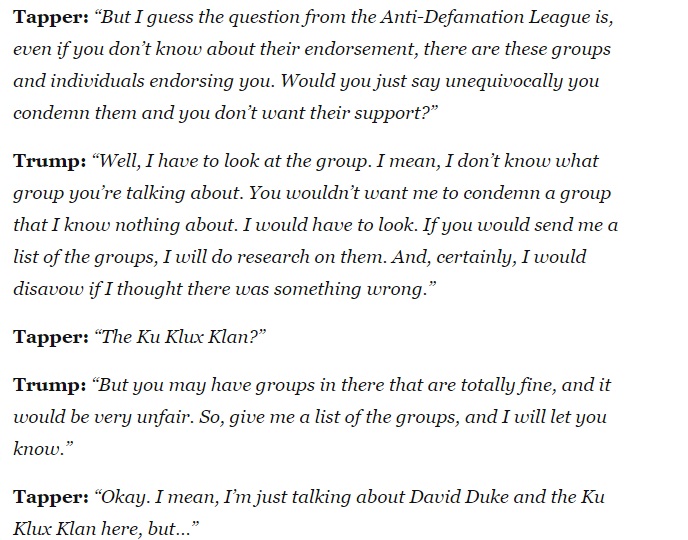 Trump then went on record saying he knows nothing about White Supremacists. Here is the video where he refuses to condemn them.

In a further attempt to appear politically relevant Duke then tried endorsing Nigel Farage of Brexit infamy. Farage seemed not to have a problem with Duke – The Mirror report Farage praising Duke’s book and radio broadcasts.

In 2017 Twitter suspended and then bizarrely restored Duke’s account. This was surprising due to the kind of antisemitic rubbish he tweets: