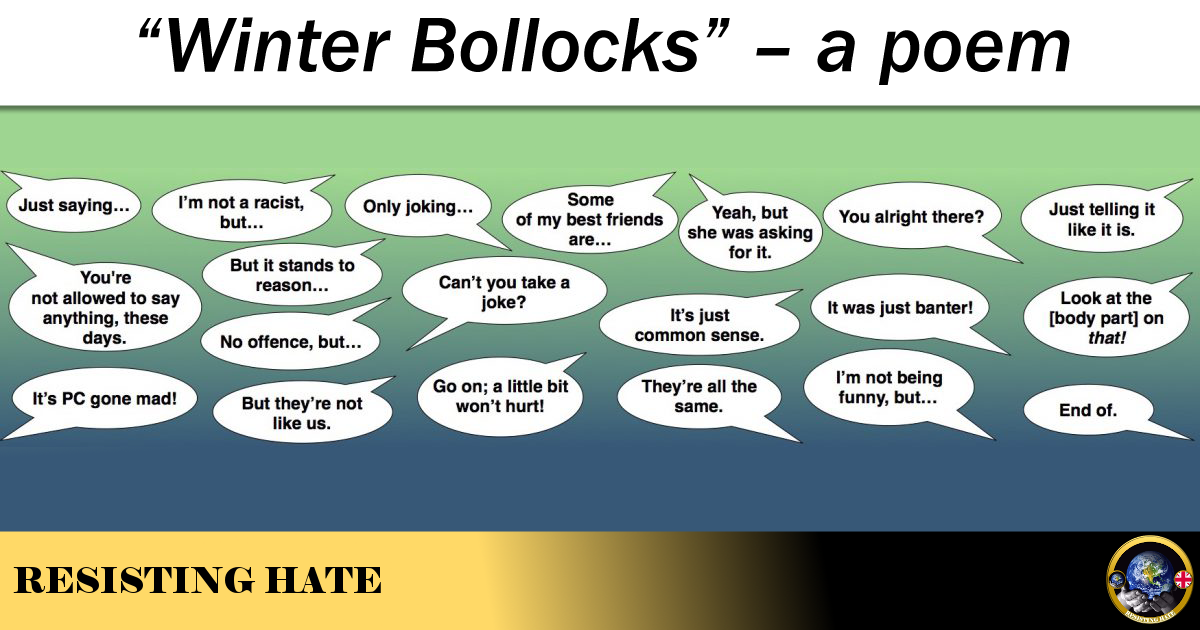 Posted with kind permission from the author

So don’t go spreading your Daily Mail crap
About things being PC.
It’s a load of winter bollocks
And it doesn’t ring true to me!

It’s a myth put out this time each year,
Just like the April lies,
When you spread the word St George is banned,
With your outraged, bitter cries.

Yes it’s just your winter bollocks:
Like, Nativities being banned.
You’re the perfect type for the EDL –
Too thick to understand.

And you’re spreading your hate on Facebook
All under the guise of your race.
And telling us all these winter tales
From your Fear-Of-Other place!

It was Fifa who said no to poppies
And not our own rulers, you prat.
And certainly not any Muslims I know
Would ever agree to that.

And they haven’t banned Rudolph or Santa or Elves
And the pound shops will still sell their tat.
But what would you say if curry was banned,
Yes, what would you think to that??

Yes it’s just your winter bollocks
That you copy and paste without thought.
So go paste it all on a snowman’s ball
Your bollocks is not being bought!

Link here to the blog site of the author