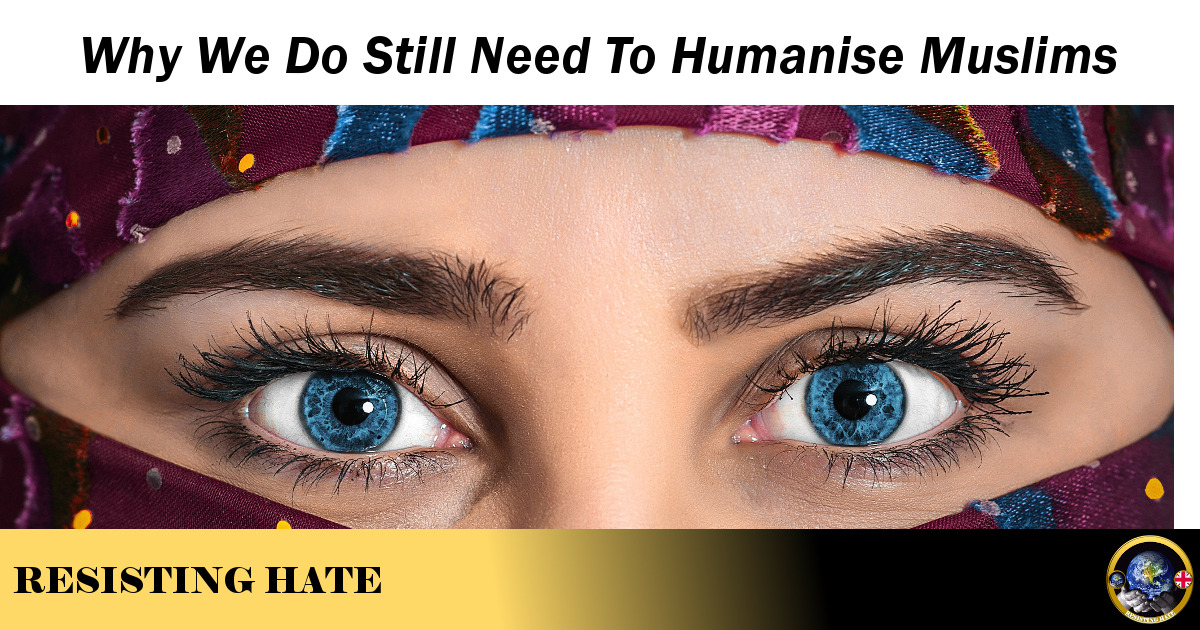 There was an interesting article published by Shaista Aziz yesterday in the Guardian posing the question: Why as a society do we need to humanise Muslims?  She asks what specific purpose this is intended to serve and suggests (with much eloquence) that the attempts to humanise Muslims create divisions within the Islamic community.

Aziz explains that allowing the state to pick and choose which Muslims it bestows endorsement upon becomes a flawed and dangerous political exercise.  The implication being that this will increase rather than tackle the problem of Islamophobia and will leave some Muslims more exposed to hate as a result.

Acceptance should not be dependent on the non-Muslim view of what a Muslim is, it should be defined by the Muslim view of what a Muslim is. There is a danger that if we look only to the high profile Muslims embraced by Western media as representations of their faith then any Muslim who doesn’t fit the stereotype of ‘British Muslim’ is viewed as an outsider and mistrusted. It is easy to see how this could result in negative stigma and prejudice for many of the Muslims in our country.

It is crucial we do not judge Muslims by their willingness to conform to Western ideals.

The concept of integration is often confused in the media where it is, more often than not, used as a synonym for conformity. When the far right press howl for Muslims to ‘integrate’ what they are really asking for is those Muslims to reject their own beliefs and values in favour of accepting the beliefs and values that Nationalists feel are appropriately ‘English’. This is not integration. Integration means respecting a person’s ways, not changing them. In the context of this article integration is not asking a Muslim lady to take off her niqab, integration is a society where a Muslim lady dresses as she pleases and a non-Muslim lady dresses as she pleases and the two co-exist in mutual respect and harmony.

We need to be clear that we do not have to understand something in order to defend the right to it. Integration with Muslims does not and definitely should not involve having to understand why something is of significance in their faith. Too much persecution of others is based upon the demand for personal understanding. Overcoming prejudice is not about understanding why a Muslim prays five times a day (simply so you can align the act neatly with your own world view), it is about respecting the fact that people act for their own motivations which you do not have to understand in order to respect. True acceptance lies in recognising this.

Much as I liked the focus in the Guardian article about seeing people as individuals and not as a product of type, I do disagree with two points Ms Aziz made.  She states (with regard to acts of charity) British people who happen to be Muslim have responded with humility and generosity to help people in need, because it is what human beings are programmed to do – including Muslims.

I suspect Ms Aziz is fortunate enough to know a lot more decent human beings than I do. Perhaps running an anti-hate organization has by now exposed me to enough of the worst side of humanity to take a rather jaundiced view of human kindness but I honestly do believe that selflessness is a rare enough thing these days to be considered noteworthy and worth celebrating. Perhaps there was once a time when acts of charity were the norm but these days I think it is worth making some loud noise when people do go out of their way to help others. If that helps fight negative stereotypes then surely that can only be a good thing.

I do not necessarily see high profile Muslims as detrimental to the fight against Islamophobia though I strongly believe we should fight against tokenism as this does devalue individuals to no positive end. I agree entirely that when Nadiya Hussain went on GBBO she went as a keen amateur baker with no secret agenda to represent the faith of Islam on the world stage. But if in doing the baking show she happened to positively role model a community who have suffered more than their fair share of prejudice and ignorance then there is nothing wrong with that. Yes we shouldn’t hold the lady up as an example of ‘what Muslims should be like’ and yes we definitely should not pressurise other Muslims to follow her specific example. But there is nothing wrong with celebrating positive role models and acknowledging that they do play an integral part in dispelling disinformation and lies.

In a world where everybody was educated and enlightened we would not need this emphasis on using role models to humanise Muslims. But unfortunately we live in troubled times where ignorance reigns supreme. The Islamophobic hatred I see on a daily basis during my work with Resisting Hate is astounding and a huge part of this is down to myths and lies that are genuinely swallowed by a gullible public. We do need to educate people so they understand that Muslims are not the enemy and a big part of this can be achieved by promoting positive newsworthy Muslims as role models.

I can see what Shaista Aziz is saying and I do acknowledge the very real issue that we must not pressurise Muslims to conform just so we can label them British Muslims and pop them in a pigeon hole within our own comfort zones. But until the people of this country stop getting their information about Islam from the Daily Mail then I do not feel we can afford to stop humanising Muslims. Indeed I would argue we have a moral obligation to continue to do so.

2 thoughts on “Why we do still need to ‘humanise’ Muslims”