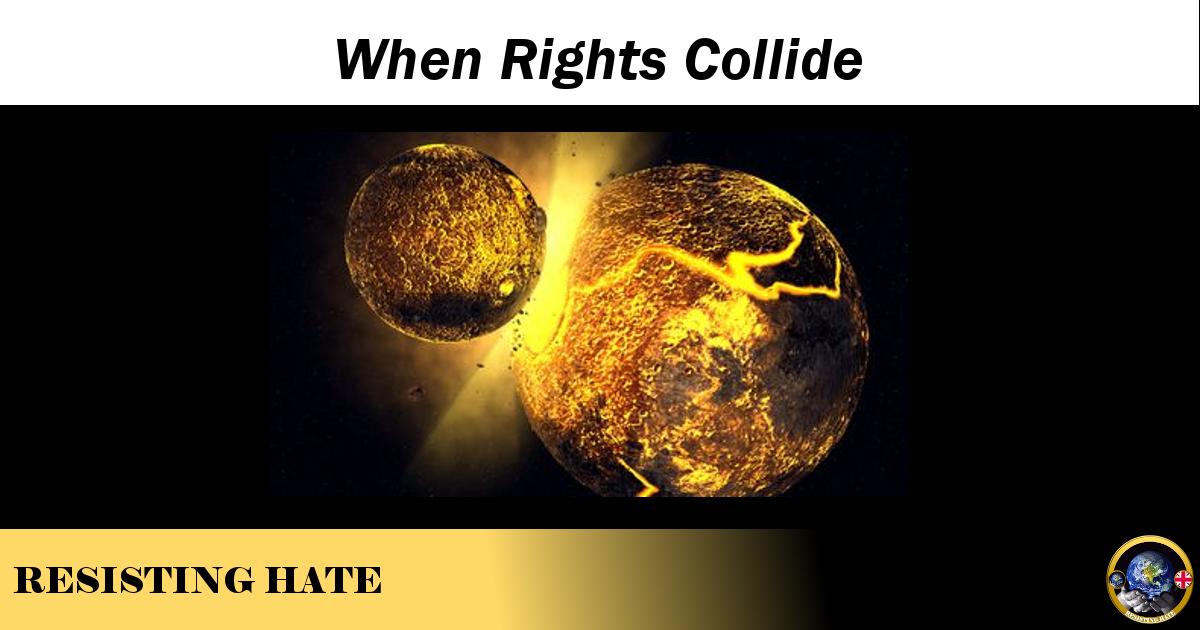 The initial response from the far right social media contingent as news broke about a group of parents of faith protesting LGBT content on a school curriculum in Birmingham was glee. They had found a controversial issue they believed would cause a schism among left wing activists. For the far right the headlines were framed as a battle of rights between (primarily) the Islamic and LGBT communities. A challenge as to which community’s rights would supersede those of the other.

The divisive language envisioned a battlefield, a modern day crusade with Muslims and LGBT fighting against one another. The question popping up with tedious regularity on Facebook pages and Twitter threads was: “Which side will the lefties take?”

The issue in Birmingham was not an isolated incident but another example of how a conflict of beliefs has been framed by the press and social media as combat between communities. At around the same time a group of parents made the news for insisting their children be withdrawn from Religious Studies as they did not want their children to be taught about the religion of Islam.

This concept of a collision with battle lines drawn between opposing factions, undermines the concept of equality. The political left do not seek to promote one community group above another but to forge a society where the rights of all can be upheld and respected. The whole premise of ‘taking sides’ is redundant. Issues do not boil down to who is right or wrong or whose rights are of more value, the challenge is to find resolutions that respect the rights of all involved.

This confusion that there is a mythical hierarchy of rights underpins much of the animosity on social media. It can be seen in conflict between people of faith and atheists, between different genders, different sexual orientations and frequently in any discussion relating to the Middle East. Too often discussions relating to Israel and Palestine take on the ‘Star Wars ‘effect where (interchangeably, depending on perspective) one population is naively seen as intrinsically good and the other as intrinsically evil.

The danger with reducing conflict to such polarity is over simplification. Humans are multi-dimensional creatures with complex motivations. When we reduce any community down to a binary good v bad we denigrate ourselves as a species.

The far right are attracted to the concept of a rights hierarchy because their philosophy is founded on the belief that some human beings are worth more than others. It is from this simplistic idea of good v bad that prejudice is born. This can be seen clearly in the ethos of white supremacism, racism, homophobia and anti-faith prejudice. To tackle this prejudice we need to step away from the position that one community’s rights outweigh those of another or that being supportive of one community must entail animosity toward another. We need to use the language of compromise, harmony and balance, not the language of competition. We need to look beyond the idea that there is an objective right and a wrong and understand that different communities have different needs and that it is the role of an integrated and progressive society to find ways to meet the needs of all who belong to it.

The missing part of the rights debate is the discussion about responsibilities.  No community exists in isolation, we all play a part in the whole that makes up society. There is an implied responsibility to act in a way that benefits society and a key part of that is respecting the rights of others.

Any community who believes their rights are of value and should be upheld needs to afford other communities the same respect. The live and let live principle has never been more important nor more underutilised. If you want people to respect your faith, your gender, your race or your orientation then the first step must be respecting theirs.

The parents and activists who complain about the content of the school curriculum are missing the point that it is only through education we will achieve a tolerant and peaceful society. With hate crime skyrocketing against both the Islamic and LGBT communities it has never been more important to ensure the next generation grow up fully informed and understanding the different people and communities they will encounter throughout their lives.

The right to practise your faith or be open about your orientation is important. But if you really want to play the one-upmanship game of rights then the right of all of our children to understand and accept the other human beings they share the world with is the most important right of all.