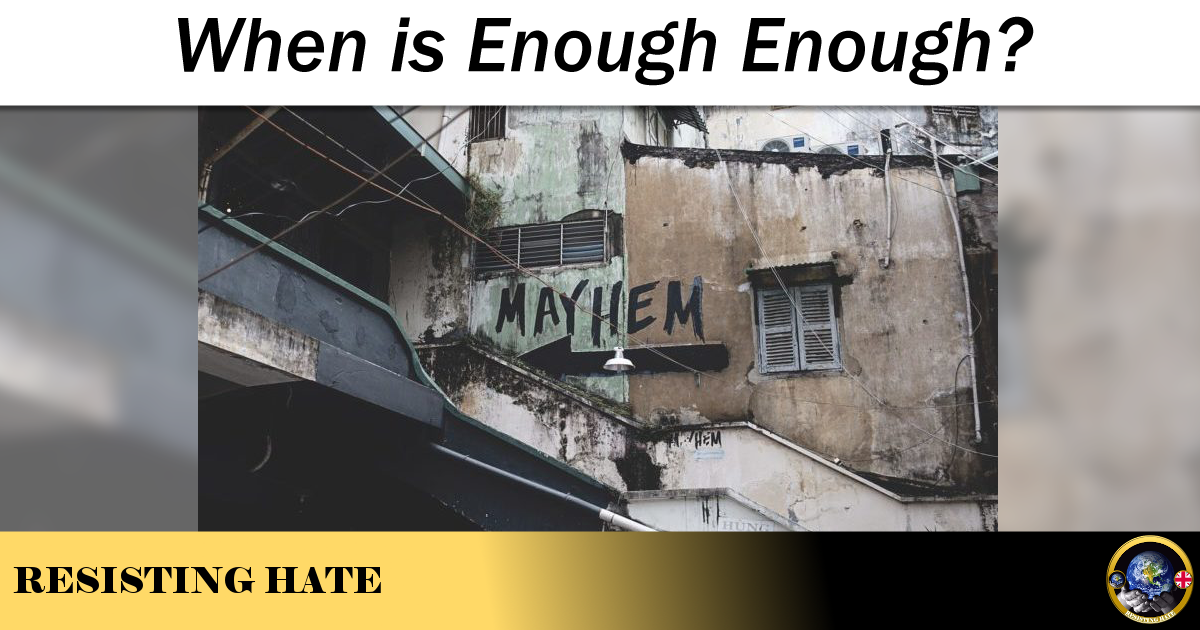 These days we see a lot of emphasis put on differences; celebrating them, not judging others based on them, and accepting them.

But when are differences just insurmountable?

Personally, I enjoy hearing opinions that differ from my own. I find it helps me to grow as a person to have other people’s opinions to compare to; it challenges my views, my ‘knowledge’ and beliefs. I have many friends ranging from all over the UK (and a few from further afield), and none of them share the exact same opinion I do. I celebrate this diversity and the fact that I surround myself with people who can discuss and debate without dissolving into arguments. Mostly.

However, there’s always one subject that has even the most eloquent, calm and patient of my friends and acquaintances devolve into raving, antagonistic bullies: politics.

Now, I try not to censor people. I start debates and then allow them to go where they’re taken, perhaps every now and again trying to diffuse any hostility with a witty comeback or quick joke here and there; and this works for the most part. I remind my fellow debaters that we choose our friends based on mutual experiences and shared interests, and that we do not, or at least really should not, choose friends based on the party for whom they vote. Do we see a point when a person’s voting choices puts obstacles in the way of friendship?

Here in the UK we have a government in place that is quite literally killing people with their ‘austerity’. There are disabled people forced to choose between working in a job that causes them unimaginable distress and pain, or staying at home to be treated as a criminal for admitting that they just can’t do it and asking for the support they’re fully entitled to. We have a system calculatingly designed to take the most vulnerable members of our society, and stress, distress and humiliate them systematically over many months only to call them liars and thieves at the end of that disgusting display of deliberate lying, twisting, gaslighting and bullying.

We have a healthcare system being raped and plundered, taking services from those who desperately need them in the guise of saving money, only to line the pockets of those who wipe their waxed cracks with blood money stolen from a system set up in good faith. We have a postcode lottery of services for mental health, education, pain management, debt counselling and justice where the neediest are branded and publicly shamed as common criminals, scroungers or worse; even if they’re working all hours they can and barely scraping by, whereas our nurses, police and other emergency services are forced to the brink of insanity through lack of funding and support to take care of these crumbling communities, told that they’re spending too much, not hitting their targets and squandering money by people sat in their leather clad seats of power from miles away.

We have hardworking, caring communities of people so stressed, undervalued and under supported that they cling to any focal point they can just to have somewhere to focus their pain and frustration; leading to the benefits claimants, immigrants and minority communities being targeted when pulling together as larger communities would protect them as a collective.

I could say more. But ‘divide and conquer’, that’s all I need to say, isn’t it?

When do we finally stop and say that we can no longer overlook the fact that people are deliberately voting for those responsible for the collapse of our nation? These are not conspiracy theories cooked up in someone’s shed by a stoned teenager in some coming of age rom-com. They are not the stereotyped ramblings of a clickbait website. The government are committing these atrocities in broad daylight and lying to our faces about their reasoning, all the while laughing at the inanity of those who would vote for their own devastation.

Would you be friends with the girl you see verbally abusing the lady in the hijab who just wants to take her son to school in peace? Or the man who throws a bottle at a teenager in a wheelchair and calls them a scrounger? Or the gang who beat up the local queen for daring to be fabulous? Or the girls refusing to use the toilet while the trans girl is just trying to have a pee in private?

If you wouldn’t ignore any of these ugly truths, how long can you ignore that our ‘leaders’ are the ones enabling and encouraging a world in which these things can and do happen, all while they fill their banks with your money?

When are we going to stop blaming the abused for the abuse they suffer? When will we lay the blame at the doors of those truly responsible?

What is the first step? Maybe the first step is telling your family and friends that this really is their fault! The power comes from the people, and the people are empowering the wicked, the selfish and the cruel.

When will we take a stand and stop allowing this?

When is enough, enough?

When is it all just too much?