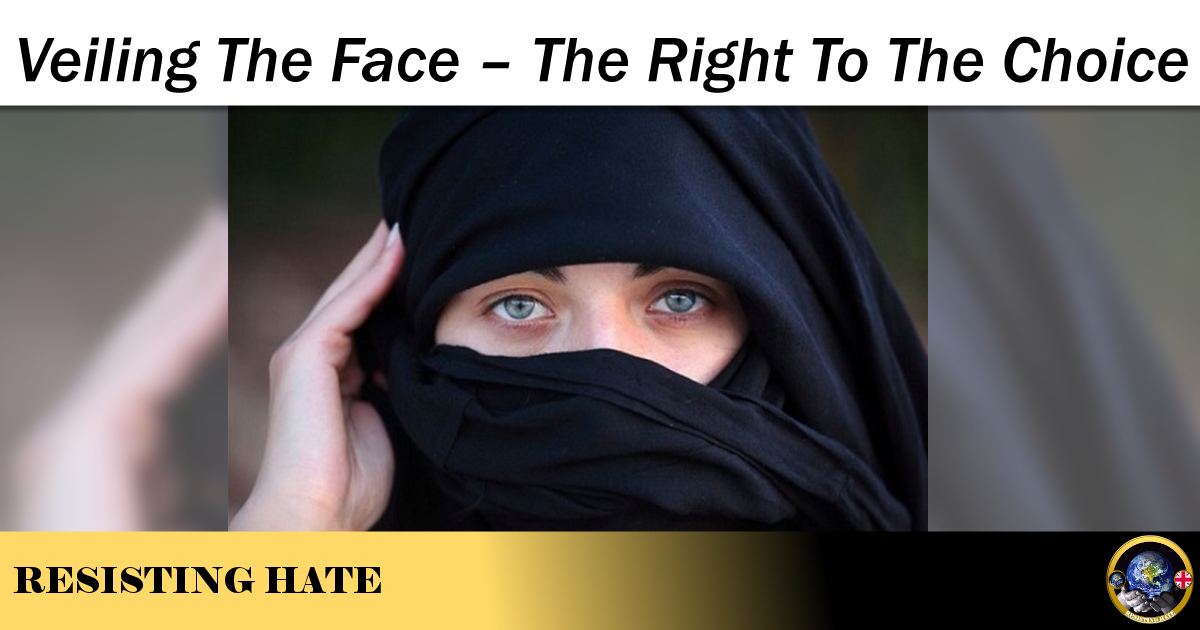 The chosen attire of a small minority of Muslim ladies has been in the news a lot this week, mainly because (before crashing and burning in the local council elections) the UKIP party made the abolition of the burka (full face and body cover) and niqab (the face veil) a key objective in their manifesto.

Leaving aside the fact that with only a month to go until the General Election most of us would prefer to see an agenda with items of more wide spread relevance than ladies’ clothing being raised by our political parties, the discussion around Muslim ladies’ dress has been given extensive press coverage which has led to a lot of discussion in public forums and social media.

A lot of the discussion has rehashed old ground – with the usual objections to the covering of the face being trotted out, sometimes with good intent, sometimes with an underlying agenda of Islamophobia. It is worth considering the merit of some of these objections in detail when considering why the face veil continues to provoke such strong debate.

Denigrators of the niqab claim that covering the face displays an unwillingness to integrate with the wider community. The veil is perceived to be a barrier that prevents social interaction.

It is my view that a barrier is only a barrier if people allow it to become one. I have lived and worked in communities where we have all, Muslims and non Muslims alike, chosen not to let the fact that some women wear the niqab be a barrier to our interactions and communication. By welcoming engagement with ladies who choose to cover, in exactly the same way we would interact with any other member of the community, the face veil presented no obstacle to friendly interaction and community integration.

For some the face veil represents the subjugation of women and is seen as a barrier to female rights and freedoms.

If the face veil was a mandatory code of dress imposed by men on women then I would agree. But what the critics fail to take account of is the fact that (in the main – I am not denying there are some exceptions of coercion) covering the face is a choice made by women for themselves.

It is a clear case of double standards if we fight for the rights of women but then try to deny women those rights when they choose to exercise them. Anybody who is really serious about standing up for the rights of women should be equally as vehement toward defending their rights to the burka as they would be the bikini. Those who base their objection to the face veil on the argument that women cannot think for themselves and are doing the bidding of men who impose the veil upon them are actually insulting women and doing women’s rights no favours at all.

We have moved a long way from the ankle flashing scandals of Victorian times as we have become more enlightened and comfortable with the natural state of the human body.  It is very positive that women no longer feel they must cover themselves to meet the expectations of society. But equally we must guard against stigmatising women who do choose to cover themselves. We cannot congratulate ourselves on our liberal attitudes toward how women choose to dress if we are still going to judge them if they make a choice we don’t agree with.

I think it is important to be clear that people who worry about the security implications of face covering garments are not necessarily implying Muslim ladies as a collective are of criminal mind but rather that an individual of any faith, colour or gender could use the concealing garments to disguise their identity and break the law.

However this argument could apply to many different articles of clothing, none of which are receiving the relentlessly negative publicity that niqab wearing ladies have been exposed to. The balaclava argument is a bit trite as is the beekeeper argument (we are unlikely to see these on the bus or tube) but a lot of people do wear hoodies and neck scarves pulled up to cover their faces and these pose exactly the same security threat (or non-security threat, depending on your view) as the niqab. This also raises the question as to why it is always religious dress that attracts censure?

Some individuals claim they find the covering of the face offensive and that they believe it to be against British values.

I am British and yet I have no idea what traditional British values the face veil is supposed to be offending.  For me, being British means being inclusive and embracing all views, cultures and ways of life. I can think of nothing more British than allowing an individual to go about his/her business without comment or judgement. It is prejudice, not the face veil that goes against true British values.

The face veil may not be what you choose to wear. It isn’t what I choose to wear. But we live in a free society where people are free to make choices for themselves. Once we start believing we have the right to dictate to women we undermine the efforts of every woman who has ever fought for those hard won rights we enjoy today. You may not always like the choices people make but, if you enjoy living in that free society, you need to defend their right to make them.