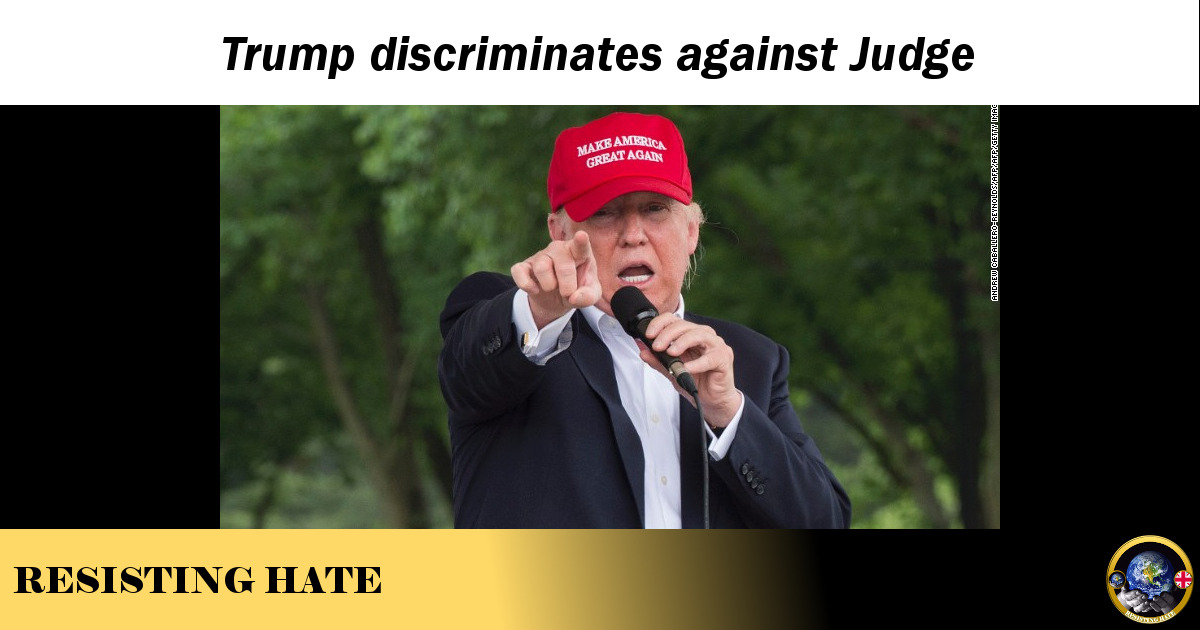 Trump is talking about a judge….an AMERICAN judge, who is obviously in their position as they are competent to do the job. It’s not like you just happen to walk into being a judge because you fancy giving it a go during a gap year or something.

During his interview, he gets asked time and time again whether the judge is essentially able to do his job properly….and the answers? “I’m building a wall…..I’m building a wall between here and Mexico, he is proud of his heritage….he is a Mexican”

Now, the judge wasn’t born in Mexico….he is of Mexican descent……doesn’t make him a “Mexican”. (Not to say that they don’t consider themselves as a Mexican at all, as people look at their own identity in a number of different ways…….I’m talking about what’s on his birth certificate)

If Trump is saying (which he does a number of times during the interview) that the judge keeps on giving unfair verdicts…..”because he is Mexican”, doesn’t that make it a racist comment?? He then goes on to confirm that if he was to have a Muslim judge, he feels that they would also be basically biased against him.

No matter how you spin it, his comments are racist. He also brings the judges honesty into question by indicating that if one of the plaintiffs was Mexican/of Mexican heritage then he might know him and that would completely influence his decision and the trial outcome.

A record 33.7 million Hispanics of Mexican origin resided in the United States in 2012, according to an analysis of Census Bureau data by Pew Research Center. This estimate includes 11.4 million immigrants born in Mexico and 22.3 million born in the U.S. who self-identified as Hispanics of Mexican origin. And I have to say, I feel very very sorry for them, being presided over by a man who doesn’t seem to trust a single one of them.

I would ask, please, if you would share this post with your friends, colleagues and families. I have recently been horrified at the abuse people are getting. I’ve reached out to a number of individuals and groups in the USA and said that we are aware of what’s happening, we are seeing what Executive Orders are being signed off, we are seeing Trump for the ignorant bigot that he plainly is and that as a global family he is a global problem and they are not alone.