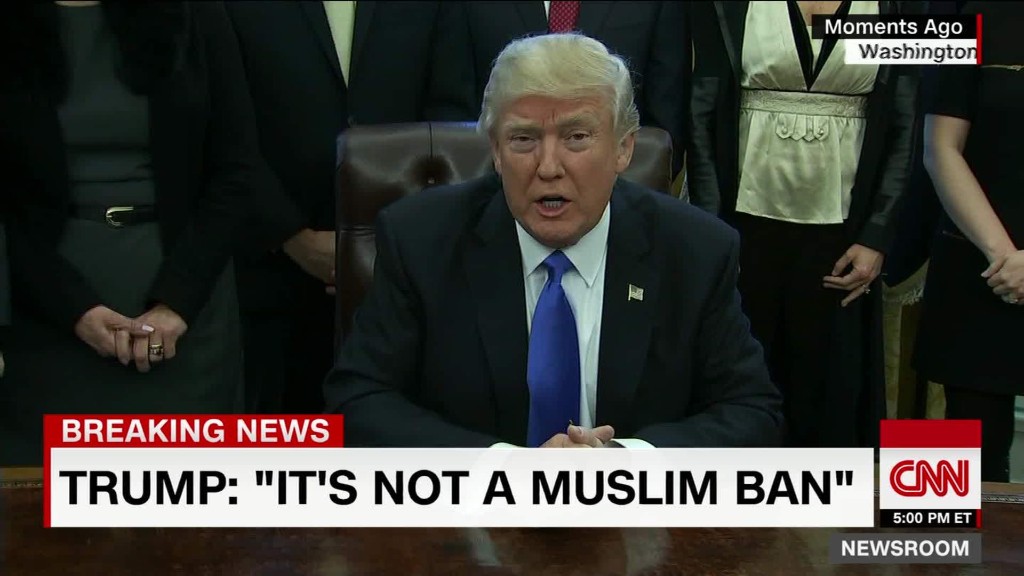 Now, I know people are saying that it’s nothing to do with religion and it’s only temporary (and many other things which they use to pardon Trump and his actions).

Fact of the matter is, his actions have had a massive effect on the people in the USA, those coming to it from outside and even those who have no wish, reason or motivation to travel there. What his actions have achieved is to validate the bigoted actions and thoughts of a minority of people….but the actions of that minority has a resulted in mosques being burned, Muslims at prayer being shot (yes, it was Quebec but I have no doubt their actions have been spurned on by Trump and the people who are following him) and vile abuse thrown around both in person and online.

What has made me happy though is the outpouring of support that I have seen online and in person. I have Muslim friends who have said that Trump, UKIP, Farage and his comments etc has meant that people are more vocal in their support and friendship. Our group is also growing rapidly on Twitter as has our Facebook family too.

In recent days we have experienced a surge of support both through our communities sharing our posts and also our friends on other pages who have kindly given us a space in their hectic schedules to post our details too.

One thing I would ask, as usual, is that you share this message as we really need to get the word out there and unite to stop the bigoted minority having the loudest voice. Also, if you are on Twitter and are looking for like minded friends, please contact us and we will be happy to help & also keep an eye out for the hashtags #TheResistance, #Resist, #ResistTrump and finally the anonymous group who are using the hashtag #OpResistance.

At the risk of sounding like an episode of Crimewatch, “don’t have nightmares”….because we will never give up our aim of #ResistingHate