Here at Resisting Hate we are in the same boat as everyone else today. We don’t know the outcome of Robinson’s impromptu trial.

Facts so far. Hate preacher convicted fraudster Stephen Yaxley-Lennon was arrested today outside Leeds Crown Court. He was arrested for breach of the peace. Apparently he was attempting to ‘live report’ on a trial.

There is currently a reporting ban on the case. However as we do not have any further facts to publish we are left with only the guesses and conjecture rife on social media today.

Lauren Southern made a live You Tube video saying Robinson has been sentenced to jail. This video can be viewed on her personal YT channel. We cannot reproduce here as our site is held on a UK server.

Breitbart published an article strongly indicating Robinson’s suspended sentence has been activated resulting in a custodial sentence. It has since been removed.

Caolin Robertson posted a tweet claiming Robinson has been sentenced to jail.

Our best undercover accounts run by Halal Kitty have all seen a great deal of discussion relating to Robinson today and the general consensus appears to be that he has received jail time for today’s breach of the peace.

We have had a lot of fun today watching the fascists get mad!

These comments were made by Judge Norton in May 2017 . If we look at how seriously the courts took Robinson’s conduct when he was last sentenced then it seems fair to suppose that this time the courts have decided to award a custodial sentence. We certainly believe his behavious warrants it and we hope the UK courts are in agreement.

Remember these are screenshots from the Judge’s summing up a year ago and are NOT linked to today’s court case. 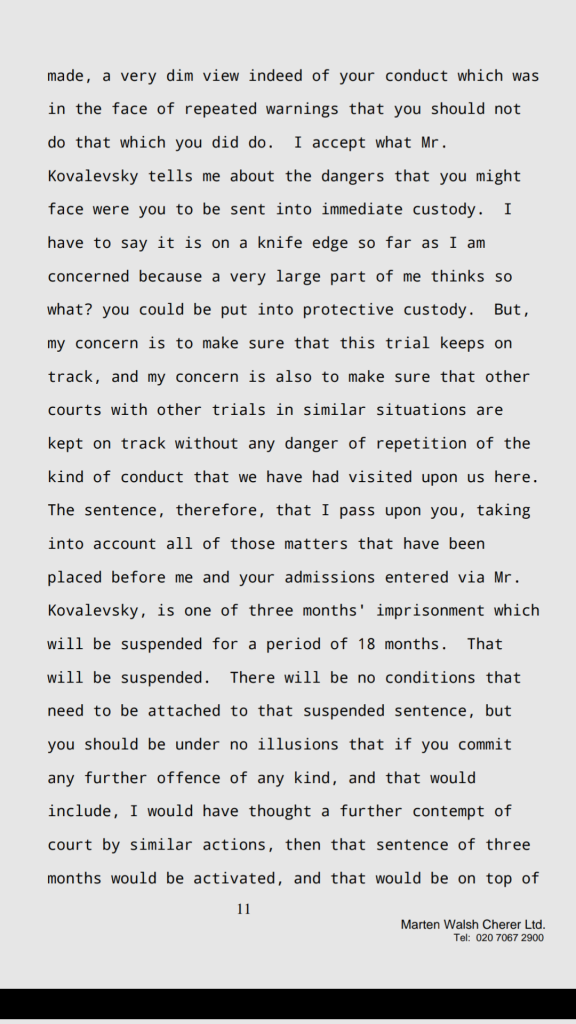 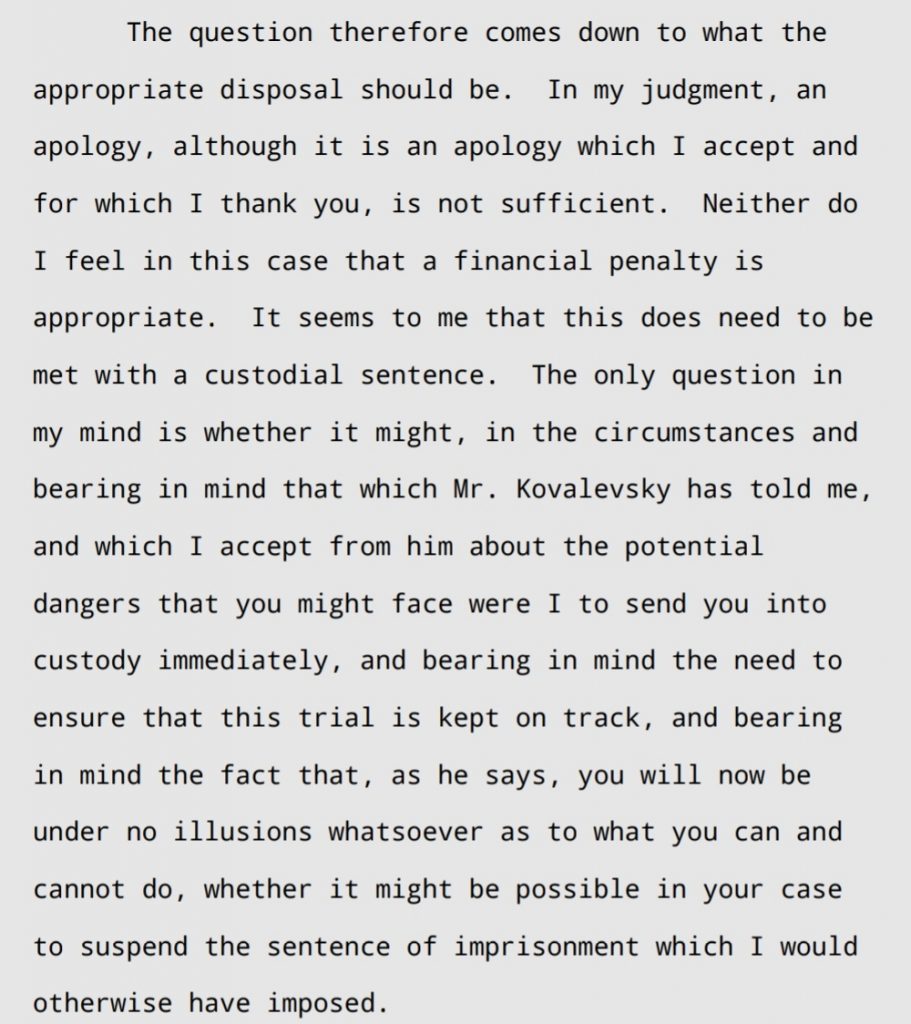 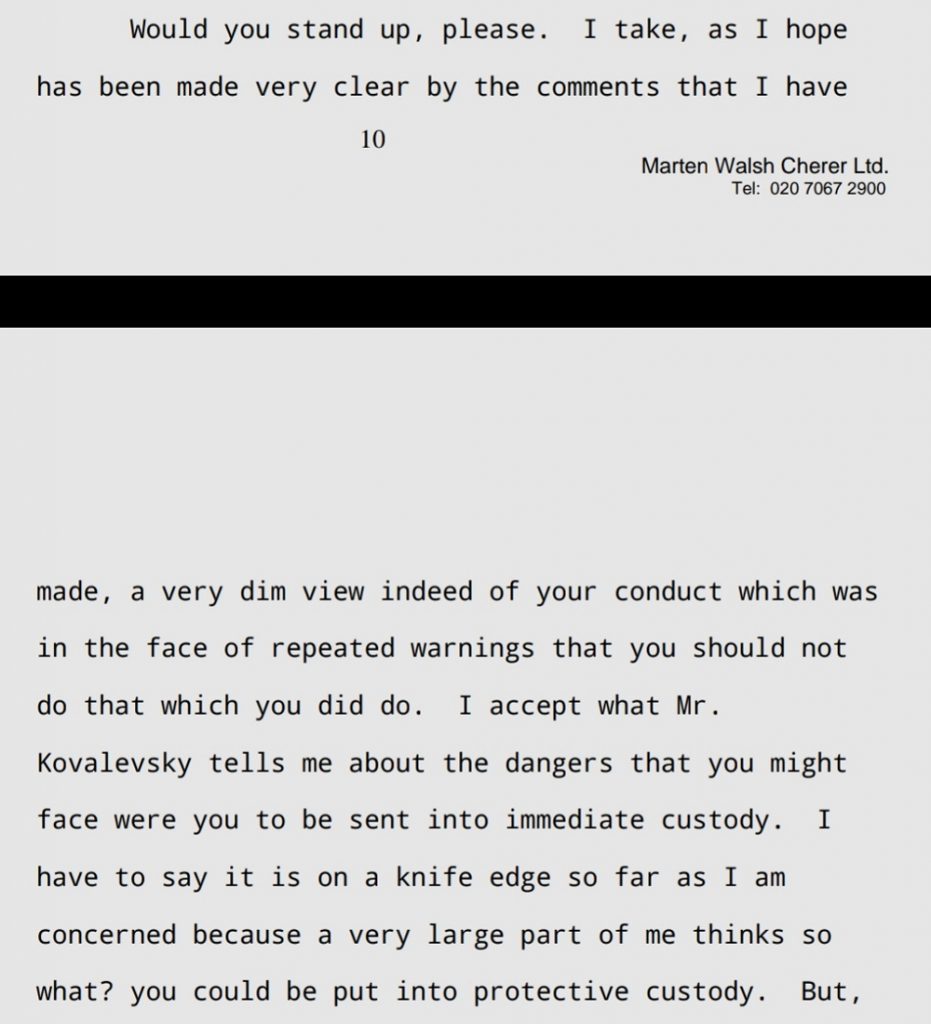 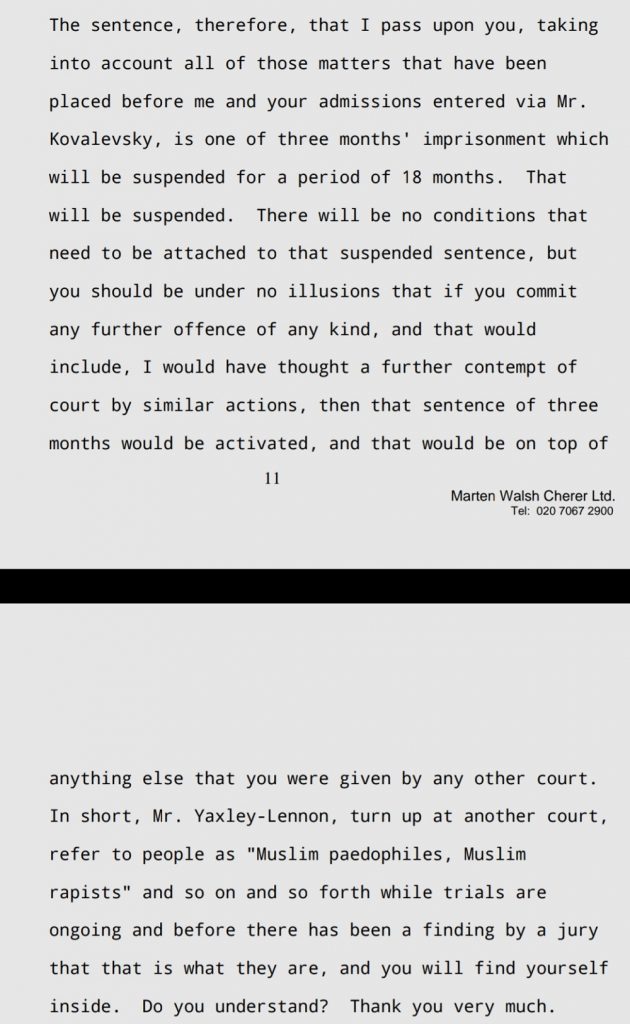