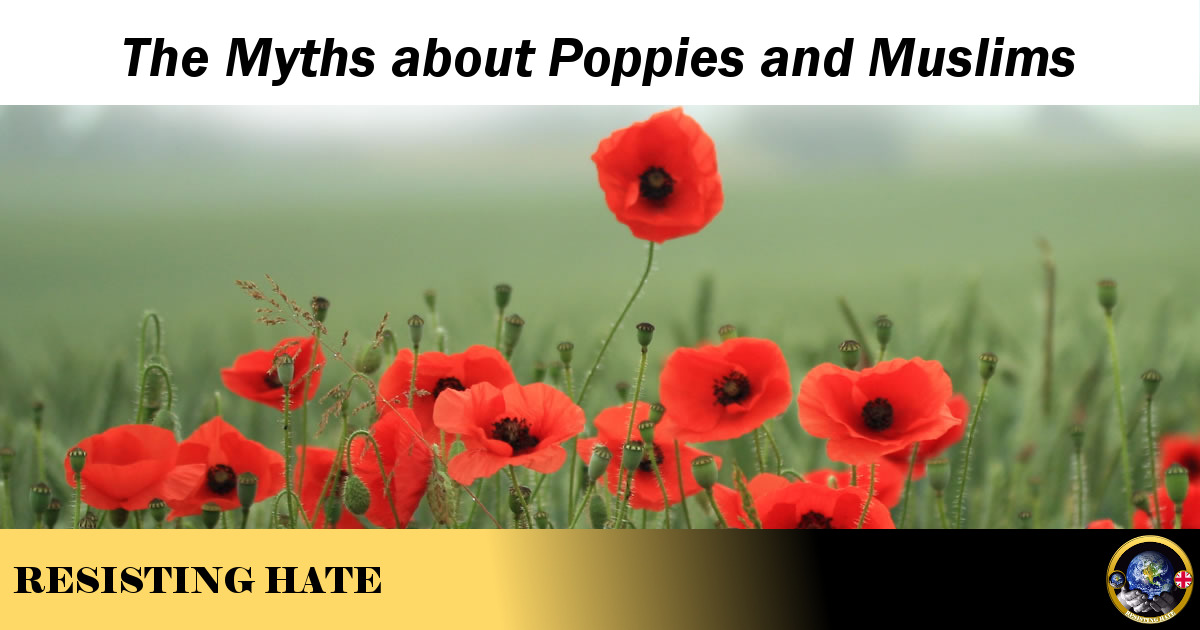 We all know what the Poppy represents. Some choose to wear one, some do not. There is no shame in not wearing one. It is a matter of personal choice.

Speaking personally, I choose to wear a Poppy every year. I do this to remember all those who fell in the Great Wars and those currently serving in our armed forces.

I also wear the poppy to remember my Great Grandfather who fought in World War II. He became a Prisoner of War, even seeing Hitler in the flesh. My Great Grandfather was a courageous man who escaped the enemy on several occasions. He saw very horrifying things during the war but afterwards went on to meet my Great Grandmother who he married after the war.

The Poppy represents hope to the millions who wear it. It has a practical purpose beyond the symbolism too – it raises much funds for veterans and their families.

Every year social media experiences an influx of memes and indignant posts spouting lies and myths about the Poppy and, in particular, the Poppy and its relationship with the Islamic community.

These are some of the most common myths that we have encountered:

All these are lies spread by the far right to create hate and fear. Far right media uses the myth that Muslims have a problem with poppies to increase the reach of their extremist Islamophobia. They know millions of people will see these lies on social media and will believe them. Haters use far right media outlets to spread their hate, using big sites like YouTube, Twitter and Facebook to further their lies. A favourite tactic is to download videos on non English speakers and use video editing software to add their own subtitles. The false subtitles mean those wanting to spread lies can add credibility to the myths they want people to believe.

The truth is that Muslims do respect the Poppy. The great majority certainly do not hate it. In my job I have served many Muslims customers who proudly wear their poppy and many others who have been positive about the poppy that I wear. Not once have I ever been shown any sign of resentment for openly wearing a poppy. I have always been shown respect by Muslims and non Muslims alike.

Never have I seen a Muslim walk up to a Poppy stand to say they are offended to see poppies on sale. I recall one time, there was a Muslim paying respects on Remembrance Sunday at my town’s Cenotaph. Did we give them hate for it? No, we came together as a town to remember our fallen. All faiths and cultures remembering those who fought and died for their country.

Many Muslim soldiers fought for the British Army and the safety of Britain. They believed in defending our country and the people who live here.

Equally, just because someone chooses not to wear a Poppy, doesn’t mean they are against what the Poppy represents. I don’t wear pink, but I still support Cancer Research. We cannot point to anyone – Muslim or Non Muslim – who chooses not to wear a poppy as evidence that they are not supportive of our country and the people who have fought for it.

I genuinely think that the only people who are offended by the Poppy and what it stands for is the far right themselves. They are offended by the unity it represents. Many of the far right claim to be patriots but, to me, a patriot is someone who has fought for their country to ensure its citizens are free and living a life free of hate and Fascism. A patriot is not a racist xenophobic thug.

Hatred of a religion and blaming members of a faith for the problems of a country is Fascism. This is what the people we remember with our poppies fought against. As the older generation pass away, they take the memories with them of what fascism truly involved. Now these middle aged bigots, most of whom have never seen combat are ironically using the very symbol of fighting fascism to fuel their own personal agenda of hate and religious prejudice.

It is this prejudice that has caused these false claims that Muslims hate poppies to spread. Yes, the media has shown incidents where Poppies were burned but these individuals are no more representatives of their community than the flag waving ‘patriots’ who film themselves burning the Quran are reflective of a Christian community.

There is a Poppy Hijab available to lady Muslims who wish to wear a Poppy. This further proves the myth that Muslims hate Poppies is highly untrue and nothing more than hate speech. (If the far right want to call me out on this one, the Poppy Hijab is sold by the Royal British Legion themselves.)

Remembering and honouring our war dead should not be used to exploit and divide our country. This is a time to unite us all together in thanks to those who stood proud against Fascism.

They shall grow not old, as we that are left grow old:
Age shall not weary them, nor the years condemn.
At the going down of the sun and in the morning
We will remember them

To our fallen heroes, past present and future. To our serving heroes, thank you for your courage and bravery and sacrifice. Your courage will always be remembered, we are a nation proud of the bravery you show. There are no words to describe how grateful we are as a nation for you ensuring we are free from Fascism.

We will honour your memories by standing together as a unified country.

13 thoughts on “The Myths about Poppies and Muslims”