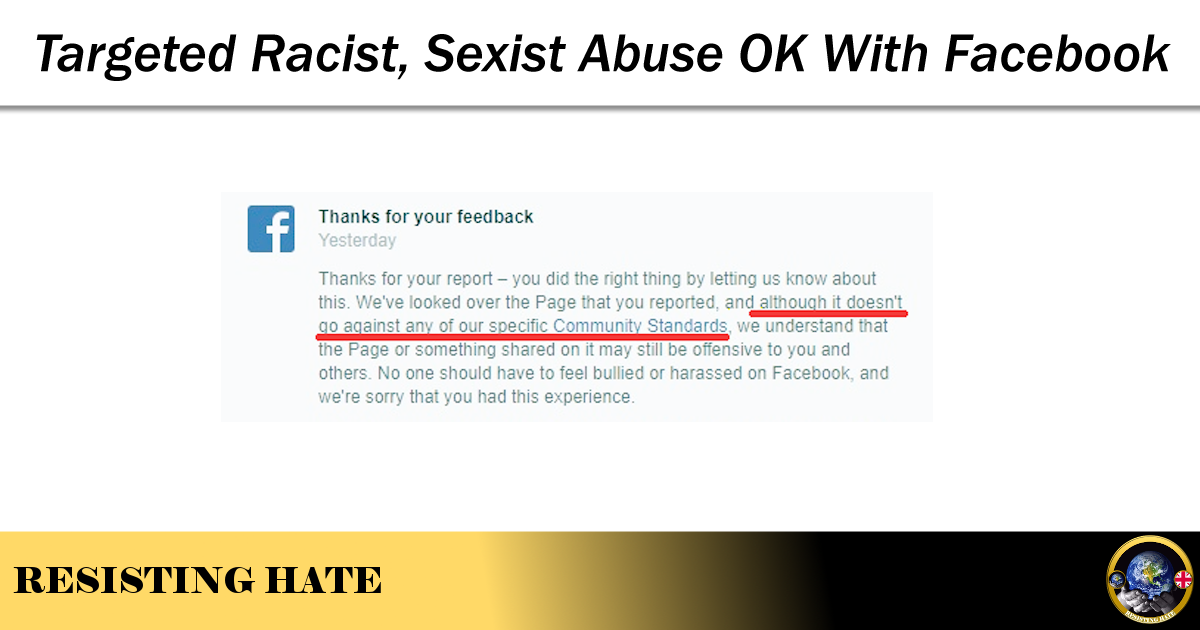 At Resisting Hate we have stated many times that social media is playing a massive role in the spreading of hate speech and hate crime. Despite this view being echoed in the press, in Parliament and increasingly in academic publications, social media giants like Twitter and Facebook are still not doing enough to tackle the misuse and abuse on their platforms.

This example today is yet another instance where an openly racist page does not “go against any of our [Facebook] specific community standards.” 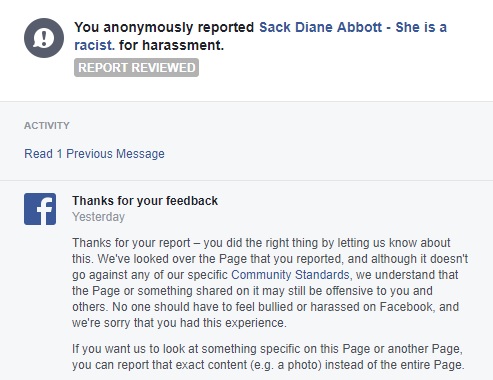 The page in question is titled “Sack Diane Abbott – She is a racist.” It is a personal attack on a long serving and respected member of this country’s Parliament. It is targeted harassment, intended to embarrass and distress the intended victim. There is no attempt to put forward any political arguments, the entire page has been designed simply to mock and shame Mrs Abbott. 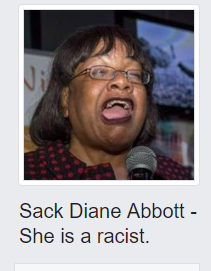 The page mocks Mrs Abbott for her personal appearance: 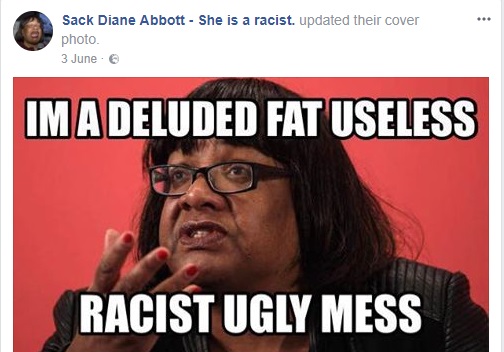 It mocks Mrs Abbott for her body type: 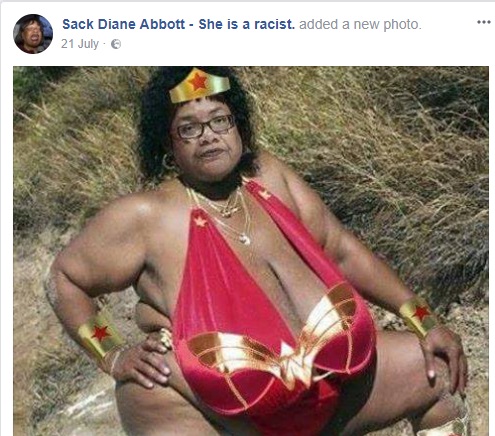 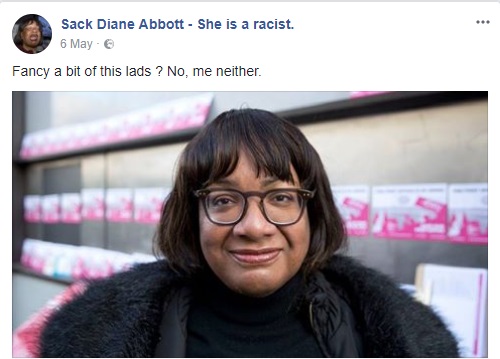 And it makes offensive memes about her alleged personal relationships: 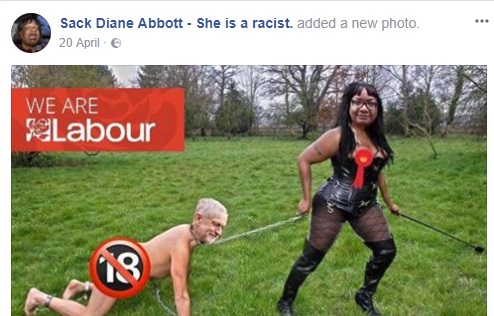 But worst of all is the community this page is growing. These are the comments people are making freely, using their own identity to further deride this politician. This is the hate speech this page in inspiring. 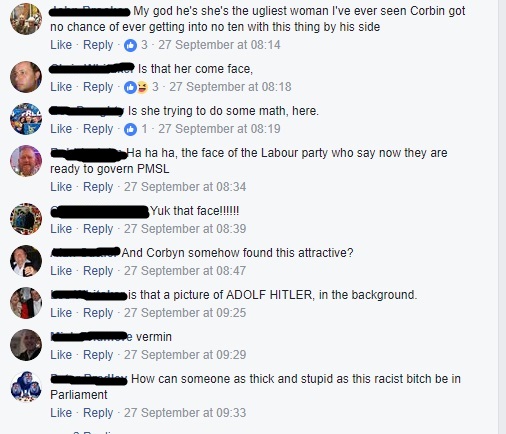 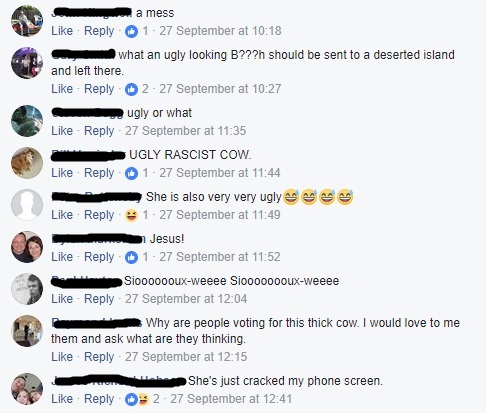 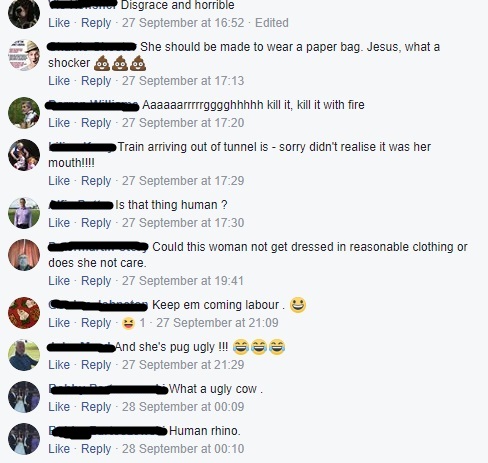 So there you have it. This is the hatred which Facebook have clearly told Resisting Hate does not contravene their community standards.

Well my suggestion Facebook is you review those community standards pretty damn sharpish. Because if your standards are perfectly happy to accept racist, sexist, body shaming personal and targeted abuse then there is something very seriously wrong with both your standards and yourselves.

There is no value to this kind of inane hate drivel. In giving it a platform you are contributing to an ever growing problem in our society with hate speech and the consequences and dangers of allowing that hate speech.

Get it sorted Zuckerberg, Pronto!