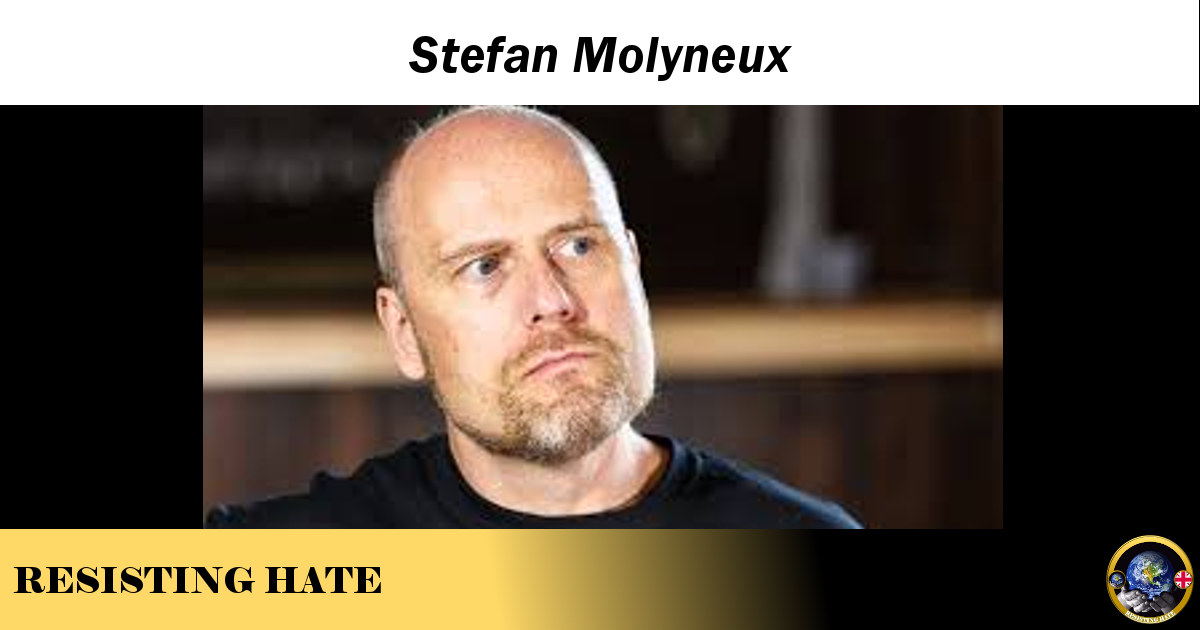 Canadian Donald Trump supporter Stefan Molyneux is a prominent figure on the alt/far right. He has a working relationship with fellow extremist Canadian Lauren Southern (Southern is prohibited from entering the UK due to an incident in which she displayed openly racist material in the town of Luton) and Molyneux is also a vociferous supporter of UK right wing agitator Tommy Robinson.

Molyneux primarily uses the platform You Tube to promote his views. This has built him a lucrative base of followers and a net worth estimated to be somewhere between 1 and 10 million US dollars.

In 2005 Molyneux set up an audio channel which he named Freedomain Radio. Ongoing funding was provided by the listener base. He used this platform to help promote and spread far right ideas and often plays host to notorious speakers of similar political persuasion including American White Supremacist Jared Taylor.

In 2016 American documentary Dark Net accused Freedomain Radio of ‘cult status’. This accusation was based on rhetoric frequently espoused by Molyneux where he used his own slogan on ‘DeFooing’ to allegedly encourage people to leave their ‘family of origin’. This emphasis on separation between an individual and their family is often viewed as one of the first tactics employed by cult leaders.

In July 2018 Molyneux and Southern announced a joint speaking tour of New Zealand. Unfortunately for Molyneux the venue of choice soon retracted their offer and after a series of protests from the New Zealand people no further venue stepped up to host the right wing speakers. The event was cancelled in August 2018. The official response from the organisers was “Hope you enjoy Sharia” [Reference to Islamic law with the obvious implication that Molyneux and Southern believed without their influence New Zealand were likely to adopt Sharia as their new legal system!]

Molyneux is currently using the Twitter handle @StefanMolyneux. These are a selection on his tweets:

Islam has wanted to conquer Europe for over a thousand years.

it’s really not that complicated.

The Terrible Truth About the UN Migration Compact https://t.co/WAN7KueKzv via @YouTube

Muslims as a whole have yet to apologize for slavery.

The Arabs were also doing a lot better intellectually before Islam solidified cousin marriage, which takes 10+ IQ points away from the general population.

The Muslim slave trade in Africa would not have ended without European intervention, but Europeans are always portrayed as the bad guys, because of rampant anti-white racism.

Also white people think that paying off verbal abusers with money is somehow going to work out well… https://t.co/mg4demsUwt

The picture below is Stefan Molyneux (right) supporting Tommy Robinson’s Day for Freedom in May 2018. The event was billed as a day promoting free speech but hit the headlines for being nothing but a front for anti Islam sentiment when the only booked speaker banned from speaking on the day was a Muslim. (Note the similarity in rhetoric between that employed by Molyneux and Robinson on the Day of Freedom and that employed by Adolf Hitler during the Nazi regime.) 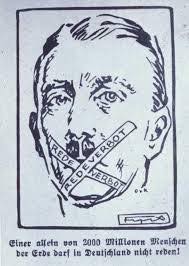 One thought on “Stefan Molyneux”