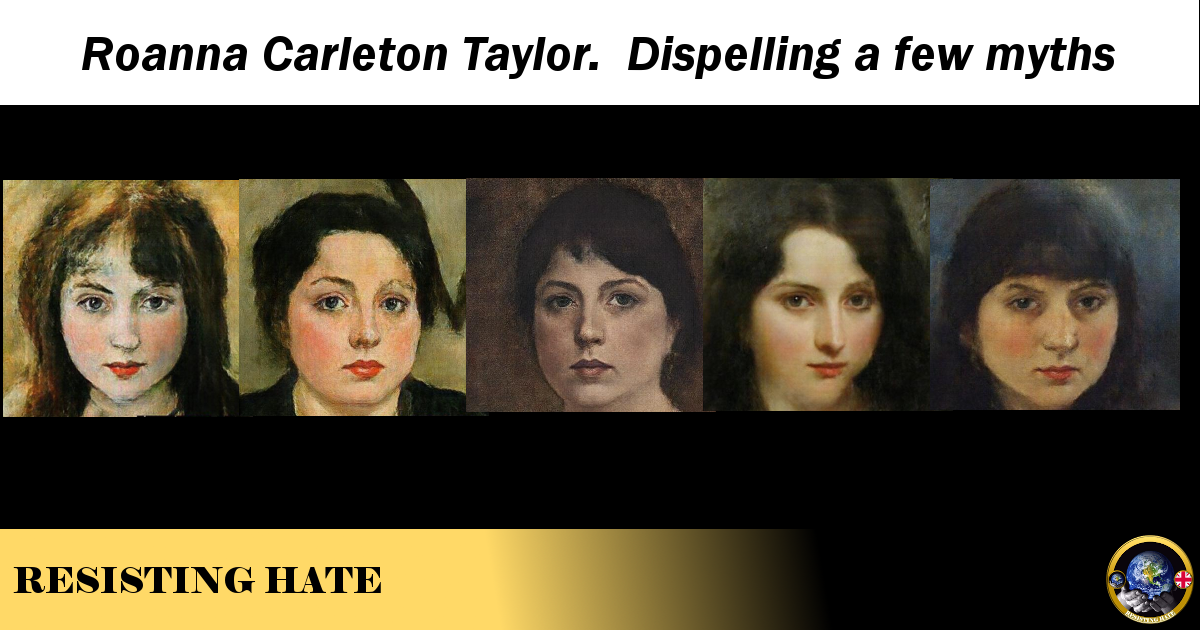 Since founding Resisting Hate in 2015 there has been quite a lot of interest in me as a public figure. While all this publicity is great for RH it has led to some increasingly bizarre rumours so it is probably a good idea to have all these rumours dispelled under one easy to access link. (I’ll update as new nonsense starts to circulate).

What are your actual political views?

I am a Socialist. Not a Communist and not a Marxist. I believe that those who can work should work and those who cannot should be given assistance by the state.

I have heard you have x,y,z prejudices?

My writing speaks for itself. I am clearly anti racist and anti fascist. I support LGBT+ and I abhor all types of prejudice. I believe all human lives are of equal worth and should be treated with respect.

Do you organise mass reporting?

Yes. Probably on a bigger scale than is common knowledge. We have reporting rooms, a public reporting email network and smaller targeted networks for private discussion. The primary function of RH is to deplatform people who use social media to promote hate speech.

What makes you think you can decide who is on social media and who isn’t?

I just report what I believe to be hate. Sometimes social media platforms agree with me, sometimes they don’t.

Don’t you believe in free speech?

Not at the expense of people being abused, no. I believe people have a right to think what they want and a right to express those beliefs in a reasonable manner. I do not consider harassing and abusing people based on their skin colour or sexual orientation to be free speech. I believe it to be hate speech.

Primarily I support deplatforming. There are situations where a person is a danger to society and then I do believe their details should be passed onto the authorities. I don’t believe Joe Bloggs who makes a few unwise comments on Twitter should have their life ruined by d0xing. However I do believe that if a company is employing somebody who is openly discriminating against others or abusing them based on factors like faith, race and skin colour then that employer has a right to know.

It’s a myth that RH spend all our time d0xing. I am far more interested in stopping the problem by silencing the hate than I am seeking any kind of retribution or ‘punishment’.

No.I do not support the public posting of private details and even the internet trolls most dedicated to harassing me have been unable to evidence me doing this.

I actually get sent a lot of private info that I don’t publish. I’ve had the addresses of quite a few high profile people that I refuse to make public because I do not believe families and children should be targeted.

Why do you support Muslims (or) Jews (or) PoC (or LGBT+) more than other groups?

This one varies depending on who is asking the question. Generally I have no particular bias toward any group but my focus depends on which issues are causing the most problems at any given time. Being UK based I tend to concentrate on hate problems in the UK.

Are you in Antifa?

Antifa is not an organisation like Resisting Hate, it is an ideology. I do share a lot of ideology with Antifa but there are other areas where my views/methods differ. I have a great deal of respect for antifascists who unite under the Antifa banner in an attempt to eradicate hate and fascism.

Do you bully people on the internet?

I’ve had my share of altercations but I give out significantly less than I get. I prefer to mute/block rather than get into pointless internet fights.

Again I’ve yet to see any screenshots to back up allegations of anyone genuinely in Resisting Hate bullying anyone.

Are you aligned with most of the hard left groups on the internet?

Some of them certainly. I have strong political left wing views.

Resisting Hate are not linked to anybody.

Resisting Hate has many friends and associates but remain fully independent. No individual or organisation has any say in the work we do and likewise we have no influence over the work of others.

Who funds you and Resisting Hate?

Entirely privately funded. We have never and likely will never accept funds from a third party. This is in order to ensure we retain our independence. (This really baffles the fash as every organisation under the fash umbrella has some kind of grifting mechanism. They think we do too but that we are good at hiding it. Truth is if you inspire enough people to want to do the right thing then you can get an awful lot done without actually needing to spend much money.)

No. We operate entirely within the law.

Do you have a criminal record?

No. And the reason I don’t is because I don’t break the law.

Incidentally if I was the type to be involved in anything illegal I’d be pretty silly to become the public face of an anti hate organisation wouldn’t I. Making myself the target of every right wing hater in Britain? Particularly with such an unusual name.

Did you have to move house?

This is a really weird one. Fash keep posting that I had to move house because I was involved in some sort of local dodgy activity. They keep telling each other the police were involved! I actually moved house because I had been renting in the Chesterfield area, liked it, decided to commit to the area and bought a house.

Do I make my living from pornography?

Another rumour that keeps doing the rounds with no evidence. This one stems from a 16 year old pic of me in a maid’s outfit that someone pinched from my husband’s unlocked Facebook profile.

Is your husband involved with the BSDM scene?

This does make me laugh. I live in a polyamorous household with my husband and his other partner. Far from her being a slave she actually spends most of her life telling me off for being untidy or for letting my dog walk on her flower beds.

Do you flash your stockings in public places?

This one dates back to another 15 year old pic of me in a playground with my stocking tops showing (on one of my first dates with my now husband). Taken at 10pm at night by my husband with not another person in sight.

Fash actually seriously reported this pic to the police. The police found it hilarious. They looked at the pic and back at me and were like: “You’ve aged a bit since yesterday, love.”

No. Resisting Hate and myself fully support the trans community. I believe the person who best knows their own gender is the individual themselves and that people should be supported and respected in living a life that is true to themselves.

Did you mock Lee Rigby?

No. The nonsense here started with an article in Politicalite where (without actually accusing me of being somebody else) there was a strong implication that an account who made a comment about Lee Rigby was an alias of mine.

As there is nothing under my own profiles to cause offence accusing me of being other people is a common tactic. To set the record straight I do not find the senseless murder of a fellow human being funny at all. I was as horrified at the violent murder of an innocent young man as the rest of the country were.

Do you practise witchcraft?

Yes.  And it has nothing to do with Satan, lol.

Were you involved in delivering the summons to Tommy Robinson?

Yes. I arranged the filming on the day.

Why do you allow Monkey and Joker to say the things they do?

Nether Monkey or Joker (internet pseudonyms) are members of Resisting Hate. It suits fash to lie and say that they are because it is a handy way of discrediting RH.

I support some of their views and they support some of mine. (Fash like to take screenshots of me saying I support other people as endorsement of their tweets. This is just silly. I don’t support 100% of anybody’s tweets except my own).

I have also been very clear that nobody is going to tell me who I can be friends with.

Were you involved in the suicide of Frank Jennings?

I don’t believe I ever spoke to the man personally. Jennings was an odious little man. On the day the picture of the drowned child went viral he celebrated the death on social media, sharing his glee that a child had died. He was tackled on this behaviour by numerous people including friends of mine.

His actual suicide came about after a failed romance where a woman treated him badly. This was exacerbated by fellow members of racist organisation ‘Bluehand’ who taunted him cruelly which led to him taking his own life.

What about the harm photographs?

Photographs of a man self harming have been circulating for years with the fash desperate to link them to RH. The allegation is that myself or others hounded this man into it. Utter fiction. The man in question was bullied by a woman on the internet (who I only know as Liz) who had no links whatsoever to RH.  Both myself and the Twitter account ‘Monkey’ had urged the man to seek professional help.

One thought on “Roanna Carleton Taylor. Dispelling a few myths”