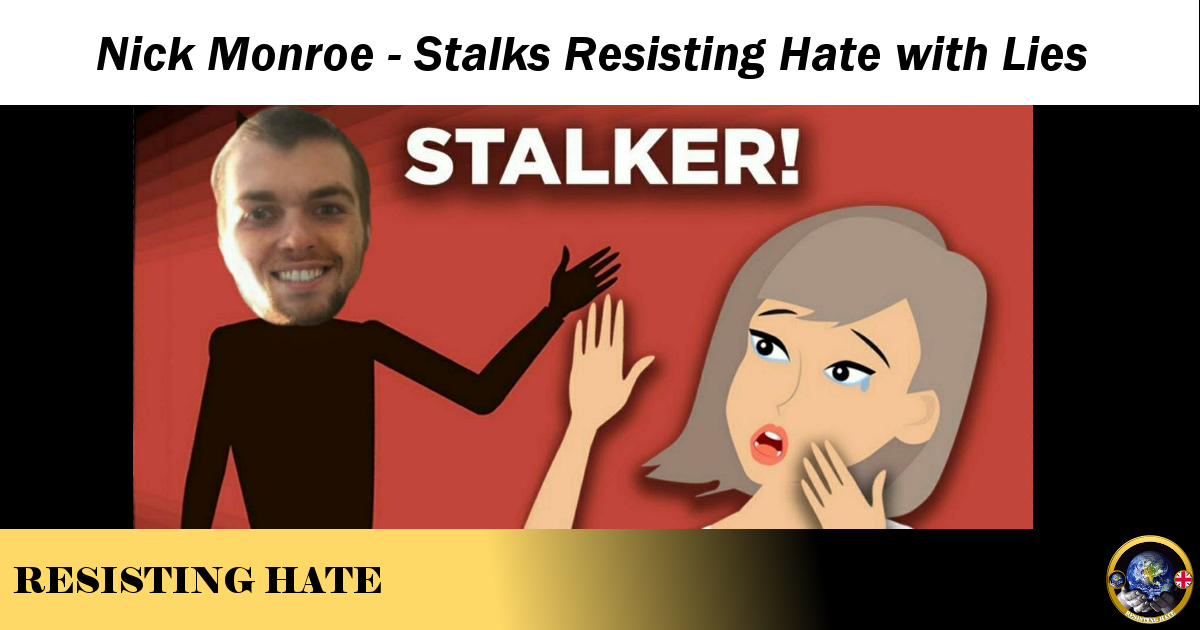 At Resisting Hate we are very used to people writing silly articles about us. We see lies posted about us every day. We see our names linked incorrectly to other groups and political parties, despite confirming publicly on many occasions that we are an independent organisation with no source of external funding.

One of the most prolific of our stalkers is ex gamergate ‘journalist’ Nick Monroe. Nick has become increasingly obsessed with Resisting Hate over the last two years (A Twitter search of his name and the name of our organisation will show just how often he posts about us and just how often he attempts to bring us to the attention of his far right buddies in the hope that they will harass us.)

Nick claims on his blog that he is ‘not a political extremist radical‘. However it is our belief that he is. We believe that instead of being the independent journalist and reporter that he claims to be he is actually a right wing, Tommy Robinson supporting agitator with a clear anti Muslim agenda.

Tweets like these, taken from Nick’s timeline on Twitter clearly show both his inability to be neutral and his personal bias toward Muslims.

In addition to having views that Resisting Hate feel are not in the interest of all communities, Monroe is also an extremely poor researcher. He posted this article where he makes the following accusations against our co founder Roanna and the group:

I have a background in investigative journalism and the tweets below which show Monroe’s harassment of Resisting Hate would be laughed at by any professional journalist body. He lies, he uses spurious salacious untruths, poor logic (Look Roanna talks to this person – he’s bad so she’s bad) and over the top hyperbole to pursue what we have always believed is a hate agenda toward a group who oppose his entrenched far right views.

We gave Nick a right to reply here and are glad to confirm that he did respond. This is his view in his own words.