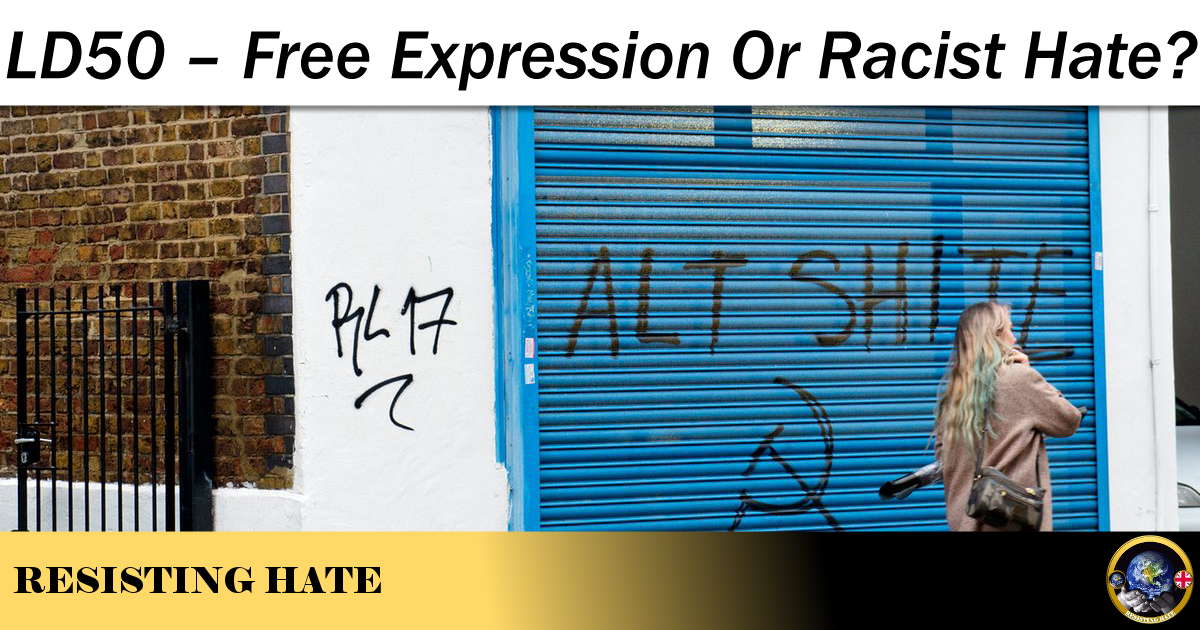 LD50 is a privately owned art gallery run by Lucia Diego in London. The gallery became a major news item last year for for hosting a conference called Neoreaction, with speakers including white supremacist Brett Stevens, whose works inspired killer Anders Breivik, a fact of which he appears proud. Antifascist groups are planning to protest against the gallery on Saturday 25th Feb.

In an opinion piece in the Guardian yesterday Jonathan Jones argued compellingly that the gallery should not be forced to close, and that censoring the alt-right artists was the wrong stance to take. He was, I think, making this judgement based on the idea that the gallery was merely an outlet for free expression. The fact is though that the owners of the gallery have a long standing connection with racism, anti-semitism and scorn for social justice.

As can be seen from these unpleasant tweets, the owners of LD50 are not simply providing an outlet for neo-nazi (sorry, “alt-right”) propaganda, they are actively endorsing it.

Image by Linda Nylind for the Guardian