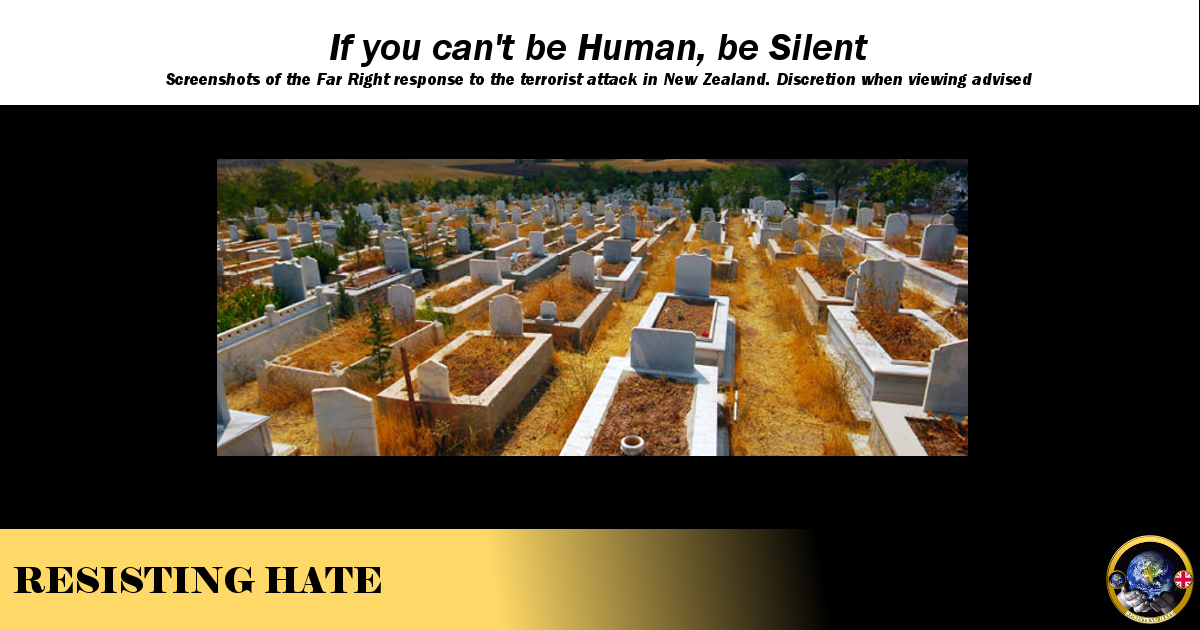 It is abhorrent to believe any human can take it upon themselves to inflict harm on others. It is perhaps even harder to believe that there are many who will applaud and celebrate such an action. Today, in the immediate aftermath of the terrorist attack on two mosques in New Zealand we saw people all round the globe turn their back on humanity and rejoice openly and publicly in the murder of forty nine individuals at prayer.

It is easy to condemn acts of terror as the isolated actions of a few mad men. But this is failing to understand the cause or the scale of the problem. Resisting Hate have warned about the widespread indoctrination of dangerous far right ideals for the last two years. We (and many others) have warned that social media has become a breeding ground for hatred and the radicalisation of the young, the vulnerable, the politically naive and the desperate.

The social sphere that has allowed high profile Islamophobes and haters to flourish without censorship is directly to blame for the deaths we have seen today in New Zealand. Social media platforms have given haters a voice and told them it is ‘free speech’ to sow the seeds of discrimination, dehumanisation, racism, fascism and cruelty. Today it has become apparent to the entire world where the road to hate leads. It leads to death. The death of individuals and, as a consequence, the death of our collective humanity.

I invite our members and supporters today to read through the screenshots provided below. All these have been published today, within hours of the tragedy. The outpouring of hate has started before the bodies are even cold.

If you want to live in a better world and believe enough is enough then speak out now about the way the internet is being used to radicalise a generation into far right extremism.

If not now then just how many more deaths will it take?

Please view the screenshots below with caution. Some are very distressing.

One thought on “If you can’t be Human, be Silent”