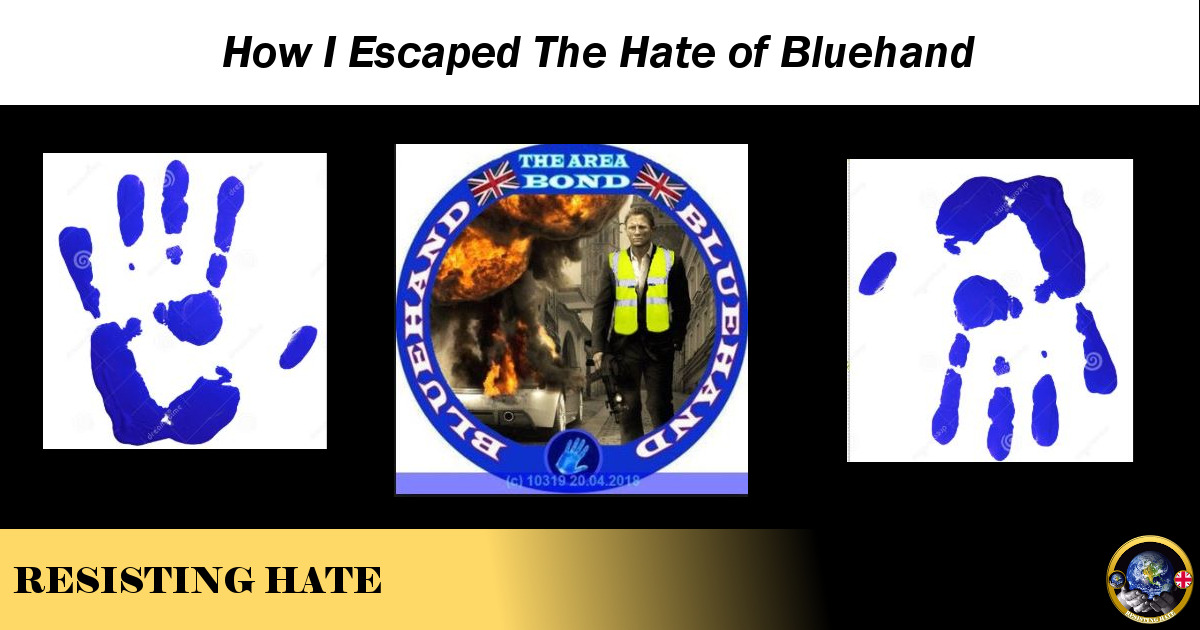 Hello I am Richard (Twitter @77Pnk), and I would like to explain my own personal story of how easy it is to become involved in far-right radicalisation.

I grew up in a working-class household in the Midlands, my grandparents and both my parents had their 1970’s views of non-white people in our area, but I must add they never imposed these views on myself or my siblings.

The choices I made later in life by believing far-right fake rhetoric was of my own volition.

Let us move forward to my adult years and how my view of Muslims grew into something that now sickens me.

I joined Twitter in 2015, naive to the power of this platform, and the untold damage my words could do. My original Twitter handle was my actual name, and I rarely tweeted. During 2016 through 2017, ISIS were in overdrive with attacks across Europe and the UK, Asian grooming gangs were been highlighted by far-right outlets, and anti-Muslim lies were being spread by the daily papers. I quickly picked up on this information, and proceeded to tweet anti-Muslim material without any verification of the information I was spreading. I chose to use the now cringeworthy handle of ‘Brit Bob’ (Bob being my dog). In the following weeks and months my tweets were picked up by the likes of Tommy Robinson, Paul, Golding, Jayden Fransen, and the like. I received DM’s from them asking me to join their cause, to donate money to help futher promote their abhorrent ideologies (no donations were given), and I will shamefully admit that I was excited by their anti-Muslim rhetoric, believing every word to be factually true.

As time passed I began seeing tweets from Bluehand (BH) accounts, I was at that time unaware of this so-called organisation and had to search what they stood for, and what I saw at that time appealed to me. I began interacting with these BH accounts and building so-called friendships, especially with one women who I will call ‘AQ’.

A few weeks of interacting with 100’s of BH accounts, retweeting & liking, AQ approached me regarding becoming an official member, to which I can now embarrassingly admit excited me. AQ introduced me to her ‘Leader’, a Twitter user who hides behind a James Bond (JB) avatar, & we had several online conversations regarding my thoughts on Islam & Israel (I’ll admit at that time I was factually clueless on both topics…NO LONGER though!).

After completion of a so-called BH registration form, a few days later my ‘Brit Bob’ avatar arrived by way of DM from ‘Onge’, a close associate of JB. That was it, I was up & running as a BH member, my account grew quickly, I was tagged into the most horrendous tweets, and I too composed my own abhorrent tweets & tagged BH members. AQ then approached me about joining their private chat rooms, and of course I was eager to do this, and if you think BH threads are sickening then there are no words to describe the conversations in their DM rooms.

My tweets were picked up by American far-right groups and Trump supporters, they too began interacting with me, retweeting and liking, but on an industrial scale compared to BH. I joined ‘Trump Trains’, my account grew even faster, these groups also asked me to join their DM rooms, I did, and the anti-Muslim rhetoric was even stronger in their private chats. It reached the point where General Mike Flynn followed me & thanked me for being such a strong British patriot and supporting DJT. It was utter madness. The rules in the American chat rooms were strict, you had to retweet every tweet dropped into the DM room, even if you disagreed, and there were normally 30 users in each DM room, and that amounted to a massive output of fake news propaganda.

Back to BH, one tweet I posted said children should not be indoctrinated in the ways of Islam through religious education in schools, minutes later I received a DM from AQ, a letter template to send to my daughter’s school informing them I no longer would allow her to be taught anything at all to do with Islam (I never followed that up). AQ and many others would play on the fact I have a young daughter & a beautiful family & how I should do everything in my power to protect them from Islam & Sharia law.

AQ would frequently ask if I would like to spend time with my family at her home with her and her husband because we were all likeminded people with one common goal, I never took up the offer.

In all my time interacting with these people I never once verified any information sent to me, nor anything I chose to tweet, popularity among these people was a bigger motivator than the truth.

Sometime in very late 2017 I saw a tweet with an attached video of Paul Golding allegedly using Help For Heroes as a front in order to raise funds for Britain First, one of many I looked into as my search for the truth widened, it was then I started to engage my brain. I began questioning my far-right beliefs. I recall a tweet I posted following days of looking into Tommy Robinson and who funds him, it was denouncing my support for him, I stated that anyone who disagrees with me should unfollow now, but not many did? Something was happening, it was like an awakening, I also began unfollowing primarily BH accounts, AQ and JB being the very first.

And then, as stated in my pinned tweet, my daughter became very unwell and diagnosed with Anorexia, and the compassion, empathy, and support received from the Muslim health professionals (and obviously everyone else involved in my daughter’s recovery) kind of made my mind up for me. This experience and the truth I had discovered over the past few weeks culminated in me denouncing my abhorrent far-right beliefs, and placed me on a path to the right side of humanity.

From that time onwards my Twitter feed has beeen a complete opposite source of information. Having inside knowledge of how the far-right are wired gives me a great advantage when calling them out for spreading their proven lies. I now engage with new found likeminded people who research and verify the facts they post, good people, intelligent people, people who in the past I would have berated for their beliefs. To you, and everyone who in the past I have insulted, offended, or other, I am truly sorry, please accept my heartfelt apologies.

I now feel comfortable in my own skin for the first time ever, and hope this article may help others in the future if ever they choose to question their far-right beliefs.

To add further credence to the statement in my pinned tweet that radicalisation can happen to anyone;

I am a small business owner, I employ people, I personally interact with my customers on a daily basis, a great father and family man with a wonderful quality of life, not your typical far-right recruit.

If I can walk away, anyone can.